More unpaid interns say they want to be compensated 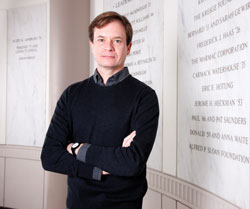 In 2009, when Eric Glatt wanted to launch a career in the film industry, he took an internship with Fox Searchlight’s film Black Swan. He spent at least 40 hours a week reviewing personnel files, delivering timesheets and preparing spreadsheets to reconcile purchase orders.

Glatt, who holds an MBA and trained workers for insurance and financial giant AIG, wasn’t happy about working without pay. But he was willing to make sacrifices to gain a foothold in the industry, where he hoped to produce documentaries one day. “I put aside my pride,” he says.

After his gig with Black Swan, the 40-year-old Glatt sought out new positions working in film. But almost all the opportunities were for unpaid internships. Then he saw an article that said regulators in several states were investigating companies’ use of unpaid interns. That told him that companies were breaking the law when they said they would only take on unpaid interns.

“The scales fell from my eyes,” says Glatt, a law student at Georgetown University planning to pursue a career in labor law. “What I had assumed to be a sleazy, scummy, unethical practice wasn’t gray at all, but was black and white.”

In 2011, Glatt and Alexander Footman, a fellow intern for Black Swan, filed suit against Fox Entertainment Group and its Fox Searchlight division, alleging that the film company violated federal labor laws, as well as New York state labor laws, by failing to pay employees a minimum wage of $7.25 an hour (and overtime for those working more than 40 hours a week). Their lawsuit argued they were misclassified as interns when actually they were doing work that benefited the company.

“Unpaid interns are becoming the modern-day equivalent of entry-level employees, except that employers are not paying them for the many hours they work,” reads the putative class-action complaint. The case, pending in the Southern District of New York, was brought on behalf of a class of unpaid interns who have worked for Fox Entertainment Group in New York since 2005, and in California since 2008.

Elizabeth Hartley Wagoner, an attorney with Outten & Golden, the New York City firm that represents interns in the Black Swan case and three other lawsuits, says the issue is clear: Employers aren’t allowed to use interns as free labor, or as a substitute for entry-level employees—even if the interns receive school credit.

“Once you have an intern doing research for you, preparing reports, filing, that intern needs to be paid the minimum wage,” Wagoner says.

Fox hasn’t responded to requests for comment, but the company reportedly started paying all interns in July 2010.

Glatt, Footman and two others who joined the case after it was filed brought motions in February for class certification and partial summary judgment. They are seeking a ruling that they were employees of Fox Searchlight. Fox, which opposes class certification, also filed a motion for summary judgment in February, arguing for dismissal for several reasons, including that Glatt and Footman worked on Black Swan before it was acquired by Searchlight.

After the case against Fox was filed, other former interns began filing suits against their former companies. One, Xuedan “Diana” Wang, is a plaintiff in a lawsuit against Harper’s Bazaar magazine owner Hearst Corp. in the Southern District of New York. Wang was also a plaintiff in a separate suit against jewelry company Fenton-Fallon and designer Dana Lorenz, which was dismissed in December.

In the case against Hearst, Wang and former Cosmopolitan intern Erin Spencer allege that the magazine publisher used “unpaid or underpaid” interns as “messengers, delivery people, assistants and secretaries.”

Wang said in court papers that she often worked 40 to 55 hours a week at Harper’s, while Spencer said she regularly worked between 32 and 36 hours a week. In July, U.S. District Judge Harold Baer Jr. in the Southern District of New York conditionally certified the lawsuit against Hearst as a class action.

Hearst spokesman Paul Luthringer says the case is without merit. “We will vigorously defend our programs, which are soundly within the law and offer young people an up-close view of the magazine business.”

Luthringer also says Wang misrepresented that she was a student, and that many of the company’s student interns “have gotten the experience necessary to find jobs after graduation either at Hearst magazines or other companies.”

Wang and other plaintiffs were slated to file a motion for summary judgment and class certification by early March. Hearst’s response was due later in the month.

Meanwhile, a separate high-profile lawsuit was filed against TV personality Charlie Rose and his production company by former intern Lucy Bickerton. They agreed to pay $250,000 to settle the case. The resolution, pending before a New York state judge, would provide for the talk show host and his company to pay 189 former interns—who worked between March 2006 and October of 2012—up to about $1,100 each.

Some employment lawyers say this might be just the beginning. They expect more former unpaid interns to demand payment for time spent fetching coffee and opening mail.

“This has now become like wildfire,” says Amy Traub, a lawyer with Baker & Hostetler in New York City. She adds that in the past, former interns hesitated to file suit, “probably for fear of being blacklisted, either by the firm they had the opportunity to intern for, or the industry.”

While internships have existed for years, many believe that the recession spurred businesses to rely more often on interns, as companies aimed to cut costs wherever possible. The National Association of Colleges and Employers says its 2012 student survey reveals that 55 percent of graduating seniors had an internship or co-op experience during college. Of those internships, 47 percent were unpaid.

In New York, the state labor department issued an opinion letter in December 2010 that imposed additional restrictions on the use of unpaid interns. Among them is that the training must be so general that it qualifies interns “to work in any similar business,” as opposed to solely for the employer for whom they are interning. Also, the screening process for the internship program can’t be the same as for employees; instead it must involve “only criteria relevant for admission to an independent educational program.”

Traub says she advises companies to make sure their internship programs have educational components. Companies will be in stronger positions, she says, if interns are taught skills that “could be used in a number of employment settings,” and if they are actively supervised and mentored.

Instead of insisting that six factors be present, appellate courts tend to look at the “totality of the circumstances,” says Fordham University law professor Jim Brudney. That approach “makes it easier for an employer to satisfy the guidelines without a careful analysis of whether all six factors have been met,” he says.

Brudney points to a 2011 ruling by the 6th U.S. Circuit Court of Appeals at Cincinnati in a lawsuit filed by the Labor Department against Laurelbrook Sanitarium in Dayton, Tenn. That case involved boarding school students who were required to work at a nursing home, run by the school.

The appellate court ruled that the students were not “employees” because they received “intangible” benefits from the program.

Some say that unpaid internships help people to improve their odds in the job market. Brudney questions that. “We don’t have a lot of evidence to suggest that unpaid interns end up getting those jobs, or jobs in those fields,” he says.

He adds that the use of unpaid interns tends to perpetuate a socio-economic disparity in industries that tend to use them. That’s because only middle-class or upper-middle-class students—whose parents can help support them—are able to work for free. “That reinforces barriers to the job market,” he says.