Finding a home in the law 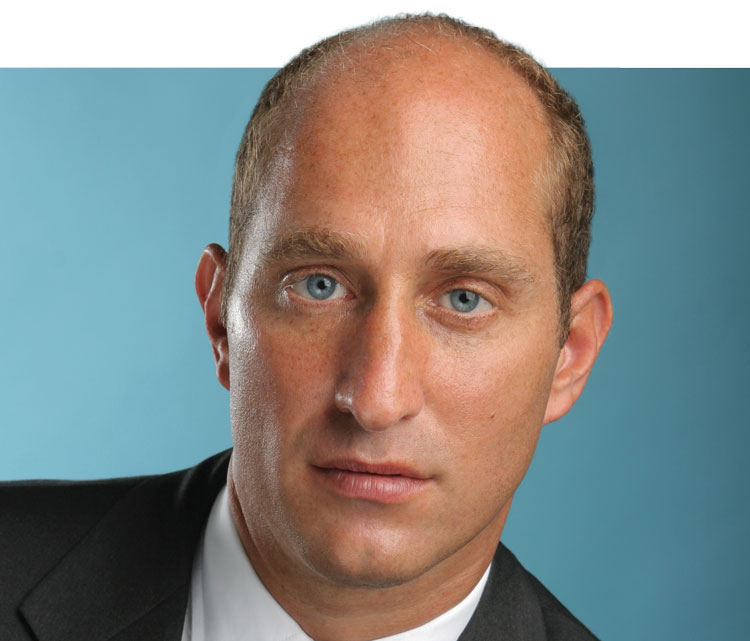 Adam Bailey: “In life, no challenge became too difficult for me to handle. No battle existed that I could not overcome.” Photo courtesy of Adam Leitman Bailey.

Daily, I wonder from where my passion against and disdain for injustice derived. The ingredients? Something rising inside me that shoots through my entire body and makes my heart beat faster, combined with a need to help others no matter how small the task. I realize how blessed I am to be part of a profession that feeds my drive, and though I have never been able to find out what caused it, my childhood provides fertile ground.

Ripped at age 5 from my home in Queens and my biological father, I hit the road with my mother, a new man and my sister, onward to Los Angeles to look for work after massive teacher layoffs that had engulfed both my parents. By this time, I had already made my first appearance in front of a judge in divorce court and grew used to going from hotels to rental homes, running to escape the landlords in different towns. Learning in the car where we were headed, there were no goodbyes to friends and family or my home that I would never see the inside of again.

We finally settled down after missing kindergarten. I do not recommend any New York City child be transplanted to California. Besides being different, carrying a thick accent and being extremely skinny, I was bullied inside and outside the home—my contact with my father was limited to living with him at camp in New York during the summers.

My temporary reprieve also involved learning how a new law works—Proposition 13, promoting integration, passed in Los Angeles. I boarded a bus each morning to drive more than an hour each way to an inner-city school. Now, at age 9, on this bus, I used my time to devour books—especially The Hardy Boys—and my love for reading had been ignited. This school also provided free lunch to a very underweight child, and the bullying ceased during this time, as these students focused on the essentials of life—food, shelter and survival. Although I had no idea at the time, reading became an important skill for succeeding in the law.

Another important quality was born, as I had to learn to become a leader for the sake of protecting myself and my sister, a year younger. I also spoke publicly at a rally for the first time as parents without political or monetary power gathered to protest the three-hour bus rides taken to and from school. These gatherings looked very similar to the ones I attend regularly in my capacity as a lawyer representing or educating large groups of people.

In seventh-grade English class, I was introduced to a book about John Peter Zenger—the reason I have been giving my entire life to wanting to become an attorney. Zenger was a newspaper publisher arrested for seditious libel and saved (acquitted by a jury) by a top lawyer, Andrew Hamilton, who used the power of words to convince a jury a person should be able to write whatever they want about a governmental official as long as the words were truthful.

At this exact moment, I knew what I wanted to do for the rest of my life. And a few years later, I was told it would only be a dream—“only rich people go to law school.” So I set a new goal of being a journalist until I finally met a lawyer, and he explained how he paid for law school with loans.

On my birthday, 29 years later, in the exact location where Hamilton went to trial to defend Zenger, I would join 466 others to celebrate the publication of my first book on how to buy a home for first-time buyers with a dedication that read: “To everyone who grew up (like me) without business-savvy parents to teach them the lessons in this book.”

As a child, the only thing worse than moving to a foreign state is moving again another 3,000 miles to a new state, New Jersey. At 13 years old, my life was thrown into chaos again.

The bullying became much worse, and once again I held my head high and learned or adapted to taking the pain of a punch.

In life, no challenge became too difficult for me to handle. No battle existed that I could not overcome. I learned to survive with less, and I had to become street smart to survive. I knew school was the only way out, and getting good grades was the only option. I needed the books to have characters to relate to and to replicate. I learned to be able to spend long hours by myself and to be able to focus on a project for a long period of time. I remember buying a pair of shoes at a garage sale and telling a bully at school that I was bringing them back into style. I had to be not just a leader but a leader who could overcome so much at such a young age.

Hence, I prepared for law school almost from when I could walk. I studied hard. I solved my own problems. I learned empathy and understood different types of people. I conquered so much just by surviving. By never having a video game or watching much television, my mind was clear and sharp. I did not know it at the time, but my analytical abilities allowed me to see strategies into the future. I never followed anyone else, which assisted in making me a natural leader of people. No human could be more disciplined. I never lose control of my temper, and I can usually work longer and harder hours than anyone else I have ever met.

I discovered in law school and beyond that I had jungle street skills and a passion for justice. Although it took me nine months to find a job after law school, once I took my first job, I never looked back. I was determined to try to become the best lawyer I could be. And whether in court or in a boardroom, each day, I try to be better than the next, always thankful for the gift of being a lawyer and this profession where I am able to do so much for so many—knowing at least in part because of the training I received during the first 14 years of my life.

Adam Leitman Bailey runs a residential and commercial real estate firm in New York City. He is the author of two books,

Finding the Uncommon Deal: A Top New York Lawyer Explains How to Buy a Home for the Lowest Possible Price and a new children’s story, Home.

My Path to Law is a guest column that celebrates the diversity of the legal profession through attorneys’ first-person stories detailing their unique and inspiring trajectories. Read more #mypathtolaw stories on Twitter.