An increasing number of physicians are dismissing patients, but are they doing it legally? 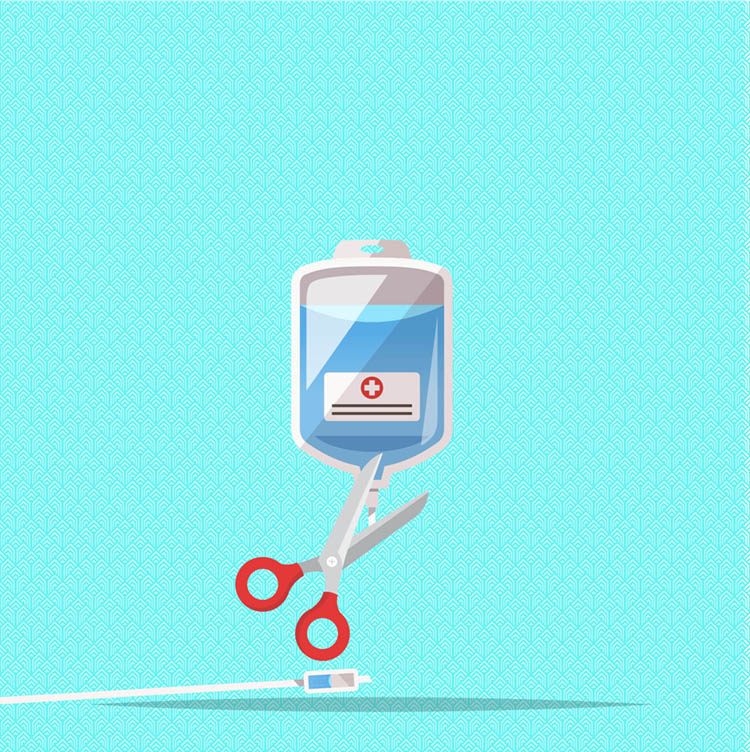 In 2017, Christina Thielst felt a tingling in her toes. Paralysis soon set in.

“I called my family doctor. I said, ‘I’m paralyzed, I can’t walk … I need you to help me find out what is wrong with me,” Thielst says.

The receptionist said she would call back if the physician wanted Thielst to make an appointment. “They never called me back,” says Thielst of Santa Barbara, California.

Around that time, Thielst saw a neurologist who tested her for a tumor as well as multiple sclerosis. After she tested negative for both, the neurologist presented no new ideas and began ignoring her calls.

“I would call him, and I’d say, ‘I need to come and see you again. I need you to help me find out what is wrong with me.’ He never responded,” she says.

Thielst feels both physicians gave up when her problem became too difficult to solve.

She spent the next seven-plus months trying to find a diagnosis on her own, eventually using a virtual second opinion service to connect with two neurologists. Both suspected she had Guillain-Barré syndrome.

“Those doctors put me on the trajectory I needed to get the diagnosis, treatment and recovery,” Thielst says.

Few physicians will admit to ghosting a patient this way. Thielst opted not to sue, but it’s the type of behavior that could lead to a lawsuit or a patient complaint to a state medical board. In some areas of medicine, patient dismissal rates are increasing, with physicians firing their patients directly and telling them to seek care elsewhere.

As opposed to patient abandonment, patient dismissal is expected to increase because of the COVID-19 pandemic, says Dr. Jacob Appel, who also has a JD and is the director of ethics education in psychiatry at Mount Sinai Health System in New York City. Appel says many dismissals will occur as physicians retire early or change their practices.

“But I also think COVID has made many physicians rethink their approaches to life and work,” he said in an email. “And they may decide that they want to treat patients with whom they enjoy interacting. As a result, they may be more willing to attempt to sever challenging or stressful care relationships, especially with difficult or problematic patients.”

Physicians can legally dismiss patients as long as they give clear notice and comply with state statutes. Ninety percent of surveyed primary care physicians said they had dismissed patients in the previous two years, according to a 2017 study in the Journal of the American Medical Association. Abusive behavior toward staff was the most commonly cited reason for dismissal, followed by violation of controlled substance policies, chronic missed appointments and not following medical advice.

Patient dismissal is soaring when vaccines are involved. Thirty-seven percent of pediatricians report they “always” or “often” dismiss patients over vaccine refusal—up from only 21% in 2012, according to a 2020 study in JAMA. In the same study, more than half of pediatricians had an office policy stipulating only vaccinated patients can be treated. The American Academy of Pediatrics said in 2018 that dismissing families who refuse vaccines is an “acceptable option” for pediatricians.

Although private practice physicians can terminate relationships, hospitals answer to different standards. A federal law, the Emergency Medical Treatment and Labor Act of 1986, requires emergency rooms to stabilize and treat any patient, regardless of their ability to pay, according to Robert Schwartz, professor emeritus at the University of New Mexico School of Law.

The Affordable Care Act and state civil rights laws prohibit all care providers from dismissing patients for discriminatory reasons such as race, age, national origin, gender, ethnicity or religion. Some states, such as New Mexico, have additional nondiscrimination provisions that include a person’s cancer status, Schwartz says. Although state provisions typically define terms, such as patient abandonment, interpretations of such statutes happen in the courts.

“The general approach the courts have taken and the states have taken is that you need to give the patient a reasonable amount of time to find appropriate care in a reasonable setting. You have to keep in mind the particular attributes of the patient and their ability to find care,” Appel says.

Particular attributes could be language barriers, cognitive abilities, rare conditions or the availability of others in the area to provide quality care, he says.

Dismissal can be routine for a provider in a major metropolitan area who provides “maintenance care” such as annual wellness visits, prescription refills and referrals to specialists. A pediatrician in New York City, for example, can dismiss a patient by supplying advance written notice that includes contact information to a referral agency that can assist with finding a new provider. In these instances, supplying a web link to a physician directory fills the requirement, Appel says.

In contrast, a pediatrician in California might not be certain how much time is reasonable for a patient to find new care because the state professional regulations do not stipulate it. And the state has a physician shortage, particularly in rural and inner-city areas.

Several cases have created precedent. In 1901, the Indiana Supreme Court established in Hurley v. Eddingfield that a physician was not obligated to enter into an employment agreement with a prospective patient.

But in 1937, a Utah appeals court determined in Ricks v. Budge that once a therapeutic relationship was established, a physician could not quit because of nonpayment when essential treatment—in this case for a hand infection—was still needed.

Thielst’s experience highlights the complexity of the issue. In recent years, the courts have had to consider the patient-physician relationship from a modern perspective. Physicians consult and provide direction to medical staff via phone, email and Zoom. Does that mean they’ve entered a therapeutic relationship?

The question has been applied to on-call physicians in particular. In 2015, for example, the New York State Supreme Court determined in Pizzo-Juliano vs. Southside Hospital that an on-call surgeon who directed a physician’s assistant to suture without sedation the wound of a 2-year-old boy in the emergency room had established a physician-patient relationship with him. It upheld a lower court’s decision to deny the doctor’s motion to dismiss the case filed by the boy’s family over his subsequent pain, suffering and scarring.

“The general rule of medical malpractice is you have to ask whether the provider had a duty to provide care,” Schwartz says.

But Appel says the courts also have supported proper dismissal and established that physicians are not required to endure abuse. In the 1982 case Payton v. Weaver, a California court determined a physician did not have to continue caring for a dialysis patient whose abusive behavior sometimes disrupted other patients’ treatments. The court determined that with proper notice, care for the patient’s chronic conditions could be transferred to another care facility.

In many states, such as Indiana, the courts have just begun within the last decade to consider duty and patient abandonment. In 2013, an Indiana appeals court upheld a $300,000 medical malpractice judgment in Weinberger v. Boyer. While the plaintiff’s sinus issues remained unsolved, defendant Dr. Mark Weinberger fled the country. He was captured several years later in the Italian Alps. The appellate court noted that the individual issue of abandonment had not been raised, and the state had yet to make a ruling. In a footnote, the court indicated it would likely follow South Carolina’s precedent, in which medical malpractice addresses all treatment areas and a separate case for abandonment is not required.

The Weinberger case was sensational—he served five years in prison for medical fraud and his victims were awarded more than $55 million in a class action suit. It also served to address patient abandonment in Indiana, which at that point had not been considered by the Indiana courts.

Most cases aren’t as dramatic, and dismissal disputes are common. “One of the leading reasons that people file complaints with state medical boards is some form of ‘the doctor stopped returning my phone calls,’” Appel says.

This story was originally published in the October/November 2021 issue of the ABA Journal under the headline: “Patient Dismissed: An increasing number of physicians are dismissing patients, but are they doing it legally?”