NALP as in SCALP 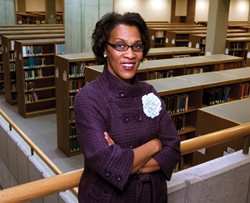 What started as a do-over for on-campus recruiting rules blew up in the face of the National Association for Law Placement, with some calling for dismantling the entire organization.

In response to what it called “a spirited and thoughtful dialogue,” the NALP board backed away from recommendations for on-campus recruiting that set a January “kickoff” date before which firms would be prohibited from making employment offers to law students. Instead, the board approved minor tweaks to the 2010 recruiting cycle, cutting the time during which new candidates must respond to job offers from 45 to 28 days. Candi dates who had previously worked for the hiring firm would have to respond by Nov. 1.

NALP declined to adopt the earlier proposal, according to a press release, after “it became clear that there was no consensus among the membership about the nature and scale of change that might be appropriate.”

The first NALP plan did not require schools to change the on-campus interview dates, but suggested the delayed kickoff would provide more time to see students’ progress and would occur when firms would be better able to assess their manpower needs.

Instead, some feared a six-month lag between interview and offer would create a period of unsanctioned wooing of top candidates, increasing costs, and still be too far off for a realistic view of hiring needs.

Others saw the whole process as an illegal restraint on legal practice. Jones Day’s hiring partner, Gregory Shumaker, was so “deeply troubled” by the recommendations, his firm issued an eight-page press statement decrying the plan.

“This process is being driven by a lot of our competitors, who have no concerns about blowing up the current system because of steps they’ve taken in the recent past with regard to both their associates and recruiting,” stated Washington, D.C.-based Shumaker. “Firms have associates apparently lined up because the firms weren’t managed well enough to take in associates to whom they gave offers. Jones Day—which hasn’t rescinded or deferred any offers or cut back on its summer program—isn’t willing to give up any competitive advantage from treating people the right way. We don’t think that’s right or legal.

“NALP is sticking its nose in places where it doesn’t belong,” added Shumaker. “This may well raise antitrust concerns.”

Not all hiring heads had opposed the NALP recommendations. “[The original proposals were] very consistent with proposals I’ve made and hoped we could implement for the past year,” says Thomas Hill, national recruiting chair for Pills bury Winthrop Shaw Pittman in Washing ton, D.C.

The reaction was also mixed at law schools. Mark Weber, assistant dean for career services at Harvard Law School, called the original plan “a step in the right direction. … Both schools and employers thought the current system was broken.”

Mina Jones Jefferson would have preferred to see the OCI system moved to the spring. “I look forward to the day when we really blow this thing out of the water and do something new and different,” says the assistant dean for professional development at the University of Cincinnati College of Law.

Despite the setback, the NALP board vowed to continue to explore ways to improve the legal recruitment process.