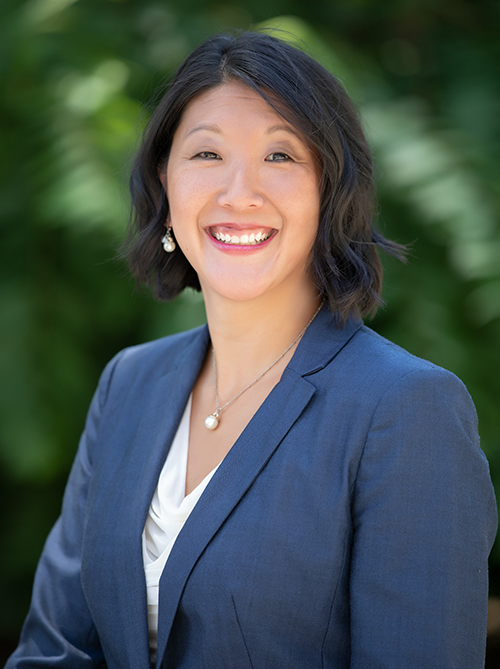 Several said yes, as news spread of the first outbreak of COVID-19 in Wuhan, China, they heard that some people were specifically avoiding Chinese restaurants and directing racial slurs toward the owners of these businesses.

Wolf, the president of NAPABA, watched over the next few weeks as President Donald Trump called COVID-19 the “Chinese virus” and “Wuhan virus” during White House briefings and as more people of Asian descent were targeted in attacks.

“It got to the point where we were seeing a significant increase of hate crimes directed toward our community,” says Wolf, the associate vice president in Nationwide’s Litigation Employment Department in Columbus, Ohio.

In February, an Asian American teenager in California was assaulted by a group of bullies at his high school who accused him of having COVID-19. In March, a man from Hong Kong who has lived in the United States for decades was assaulted in New York City by a stranger who questioned why he wasn’t wearing a mask.

That same month, three members of an Asian American family, including two young children, were stabbed in Texas by a man who later told the FBI he was afraid they were infecting people with COVID-19.

NAPABA responded by publicly condemning the use of racist language to describe COVID-19 and joined other Asian American and Pacific Islander leaders and more than 180 organizations in calling on the White House to denounce racially motivated attacks against Asian Americans.

But Wolf says the association needed to do more.

“I was working with my interim executive director at that time, and we said, ‘We are in this virtual realm—why not try to put together a video?’” she says. “We sent an email out to members of the Coalition of Bar Associations of Color and other minority bar associations and said, ‘No pressure, but we want to see if you’re interested in standing with us as we stand against hate.’”

Wolf describes the video as “a labor of love that came together really fast.”

She and her team created a script and sent it to the associations’ leaders, who each had their own line. By the end of the following week, they had recorded all of the individual segments and put them together.

The video, released April 1, not only denounces Anti-Asian discrimination and racism, but also calls for unity. At the end, Wolf and her fellow bar leaders appear side by side. “We stand together,” they say. “We stand against hate.”

For Wolf, that’s the most impactful moment.

“When you come for one, you come for all,” she says. “I think that the message invigorates hope and shows a strength in numbers that we were trying to demonstrate for all of our members and all of the community.”

Former ABA President Judy Perry Martinez, who appeared in the video during her time in office, agrees that it was “exactly what was needed to combat the blatant racism that continues today.”

“Bonnie’s leadership was instrumental in the production of the anti-discrimination video, and her tireless dedication over the years battling racism and promoting unity has been inspiring,” Martinez also says.

NAPABA invited law firms, businesses and other bar associations to also get involved in the campaign. Kirkland & Ellis, Bristol Myers Squibb Co. and the National Conference of Bar Presidents were among the 115 that became signatories.

They helped share and promote the video, which was viewed nearly 13,000 times by mid-September.

“We wanted to have as broad an impact as possible, but quite frankly, I don’t think we ever thought we would have this many views or get this kind of traction,” Wolf says.

Priya Purandare, NAPABA’s executive director who rejoined the association after the video was released, calls Wolf “incredibly resilient” and credits her for also creating a hate crimes task force to address the rise in anti-Asian sentiment and a racial justice task force to help fight racial inequities in all communities.

“She understands this is not just a moment in time where we are rising to the occasion to tackle these issues, but it’s a movement that has sustainability beyond just her presidency that needs to be integrated into our work,” she says.

Wolf, who grew up in Severna Park, Maryland, says people are often surprised to hear she has experienced discrimination.

“There’s an added component when you’re a female minority,” says Wolf, a 2006 graduate of the Ohio Northern University Claude W. Pettit College of Law. “I have had outright discrimination and experienced anti-Asian sentiments, whether through racial slurs or derogatory comments, or people assuming I don’t speak English.”

“There are also the gray areas, where I’m not necessarily sure,” she adds. “For instance, when I go out, I wonder, ‘Are people stepping aside because they’re social distancing or because I’m Asian?’ Those are things that are always in the back of my head.”

Wolf, whose one-year term as NAPABA’s president ends in November, believes it is her duty to promote diversity, equity and inclusion, especially as there has been “a shift from a pandemic to another kind of pandemic, with systemic racism.”

While the video campaign helped bring together voices for the Asian Pacific American community, she says the association is now supporting the Black community in the fight against racial injustice.

“Now is a time to stand with the African American community against what has been going on for decades, centuries, to show unity and solidarity from the Asian American community,” Wolf says. “What’s encouraging is that it seems like people are listening, and we can be part of that driving force to see real action and real change.”

Wolf, who recently became an ABA member, contends that inspiring more young people to go to law school can help challenge bias and discrimination in the future. She also encourages minority law students and young lawyers to seek mentors to help them navigate situations involving discrimination.

They should know they’re not alone and can ask for help when feeling vulnerable or afraid, she says. Everyone had stressors before the pandemic began in March, she adds, but this is “a whole new realm.”

“Give each other grace, because so often you just don’t know what other people are feeling, particularly when it comes to minority communities,” Wolf says. “You might have an Asian American and Pacific Islander associate coming into work, who is fearful of experiencing anti-Asian sentiments or hate crimes on top of everything else.

“It’s important to recognize what people are going through.”

Updated on Oct. 6 to clarify that Judy Perry Martinez was serving her term as ABA president during the filming of the video.