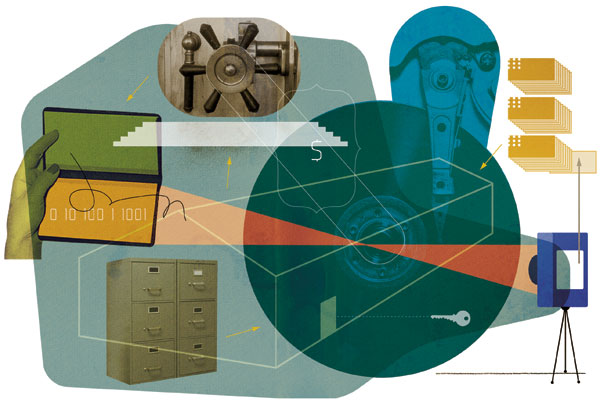 On Aug. 9, 2010, the ABA’s guidelines for client trust account recordkeeping came to terms with the electronic revolution in the banking industry.

In an action that was essentially unanimous, the ABA’s policymaking House of Delegates adopted the Model Rules for Client Trust Account Records to replace the Model Rule on Financial Recordkeeping, which had been in effect since 1993. That rule was adopted to help lawyers comply with Rule 1.15 of the ABA Model Rules of Professional Conduct (Safekeeping Property) when they are holding client funds.

Rule 1.15 requires a lawyer to maintain “complete records” with respect to client trust accounts and to render a “full accounting” for the receipt and distribution of client trust property, but provides no specific guidelines on how lawyers should satisfy those requirements.

Every state—as well as the District of Columbia—has adopted the complete-records and full-accounting requirements. Twenty-eight jurisdictions have additional rules or comments outlining the types of records that must be maintained. Five jurisdictions direct lawyers to the ABA Model Rule on Financial Recordkeeping for guidance.

But there have been many changes in banking laws and practices since the Model Rule on Financial Record keeping was adopted. The Check Clearing for the 21st Century Act, known as Check 21, was passed by Congress in 2003. The law allows banks to use an electronic image as a substitute for the original check.

The electronic banking system was largely nonexistent when the Model Rule on Financial Record keeping was adopted, and most jurisdictions still require lawyers to maintain original canceled checks. As a result, lawyers who use electronic banking—and it’s hard to avoid—are inadvertently running afoul of ethics rules that don’t recognize changes in the banking environment.

In 2009, the ABA Standing Committee on Client Protection undertook a review of the Model Rule on Financial Recordkeeping with an eye toward eliminating this risk for lawyers. The committee’s initial proposal focused only on banking issues, but over time it became evident that a more extensive review of the existing rule was in order. The committee’s expanded effort produced the Model Rules for Client Trust Ac count Records that were adopted by the House of Delegates in August.

The new Model Rules provide comprehensive guidelines to lawyers for compliance with the complete-records and full-accounting requirements of Model Rule 1.15 by establishing minimum standards for maintaining financial records without increasing the underlying regulatory obligations for lawyers. Rather, they seek to accommodate current standards of practice while continuing to protect the interests of clients.

Here is a summary of the rules:

Rule 1 of the Model Rules for Client Trust Account Records addresses general recordkeeping requirements for all lawyers holding client funds. Many of the provisions remain unchanged from what was formerly section A of the Model Rule on Financial Recordkeeping. Substantive changes to this section focus on advances in banking practices that have occurred since that rule was adopted.

The Check 21 act was adopted to enable banks to process more checks electronically by allowing them to capture a picture of the front and back of a check, along with the associated payment information, and transmit that information electronically. This process eliminates the need to move the actual paper check from bank to bank for processing.

Instead, the captured image of the check becomes a “substitute check” and can be processed in the same manner as a paper check. Similarly, a merchant can transfer the check’s information directly to the financial institution, using a point-of-purchase scanner producing an electronic image, and discard the original.

As a result, a lawyer with a client trust account will receive either a canceled check or a substitute check, or have access to an electronic image of the check through the bank’s online system.

Rule 1 specifically permits a lawyer to meet recordkeeping requirements by using substitute checks or electronic images of checks as an alternative to prenumbered canceled paper checks.

Rule 1 also outlines the specific recordkeeping requirements for any electronic transfer of funds from a client trust account. Under Rule 1, lawyers should be vigilant about maintaining detailed information regarding each electronic transfer.

If a lawyer grants authorization privileges to nonlawyer employees, the lawyer remains personally and professionally liable for all transactions. In short, “I didn’t know the office manager was siphoning funds” is unlikely to be a defense to disciplinary action based on the lawyer’s failure to safeguard client funds.

The requirements in new Model Rule 3 for maintaining client trust account records remain largely unchanged from section C of the Model Rule on Financial Recordkeeping. In addition to paper copies, a lawyer may maintain those records in electronic, photographic, computer or other formats, either at the lawyer’s office or at an off-site storage facility. Regardless of which storage option is chosen, the records must be readily accessible to the lawyer, and the lawyer must be able to produce printed copies on request.

The comment to Rule 3 expands on the increasingly common use of third-party electronic or Internet-based file storage for maintaining records on client trust accounts. A lawyer who chooses to use such file storage methods must ensure that the company has established reasonable procedures to protect client confidentiality.

The lawyer must make sure that the stored files may be accessed by a disciplinary authority, client or interested third party, after issuance of a subpoena or other demand for production by a court. The lawyer also must adhere to Rule 28 of the Model Rules for Lawyer Disciplinary Enforcement, which provides for the preservation of a lawyer’s client trust account records in the event that the lawyer is transferred to disability inactive status, suspended or disbarred, disappears or dies.

It is the responsibility of all partners in a law firm to ensure the proper storage of and access to client trust account records. If a proper system is not established before the dissolution or sale of a law firm, each partner may be held professionally responsible for problems that occur later on.

Now it is up to the states to decide whether to give binding effect to the new ABA Model Rules for Client Trust Account Records. The client protection committee made its case for them in its report to the House of Delegates. “The new Model Rules do not increase the regulatory obligation for lawyers,” the report states. “The new Model Rules accommodate current standards of practice while continuing to protect the interests of clients.”