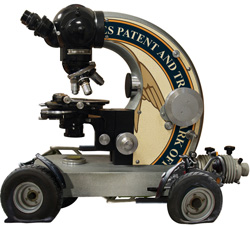 The U.S. Supreme Court claimed it was merely applying well-established precedents. But that’s not how many experts view the decision in Mayo Collaborative Services v. Prometheus Laboratories. They believe the March 20 ruling could dramatically restrict the types of inventions that can be patented. It might kill thousands of existing patents and prevent many new inventions—particularly in the medical and biotech fields—from obtaining legal protection.

“The ramifications are potentially quite broad,” says University of Michigan law professor Rebecca S. Eisenberg. The full effects of the ruling are unclear, she adds, but “for the moment, it looks like a big step toward restricting the scope of patentable subject matter.” (See “Patents and Patients,” ABA Journal, December 2011.)

Section 101 of the Patent Act uses sweeping terms to describe which inventions are potentially patentable: “any new and useful process, machine, manufacture or composition of matter, or any new and useful improvement thereof.” The Supreme Court, however, has long held there is an implicit exception: laws of nature, natural phenomena and abstract ideas are not patentable subject matter.

This exception’s scope was at issue in Mayo. The court had to decide whether a method for using thio-purine drugs was unpatentable because it essentially claimed a monopoly on a law of nature.

Doctors have long known that thiopurine drugs can be used to treat patients with autoimmune diseases. Such treatment is tricky, however, because every person metabolizes thiopurine differently. The dosage must be individually tailored for each patient, lest it be too small (and thus ineffective) or too large (creating harmful side effects).

In the late 1990s, doctors at a Montreal hospital determined these concentrations. The doctors then obtained two patents on using this information as part of a process for treating autoimmune diseases. The patented process was simple: Administer a thiopurine drug. Analyze the patient’s blood to determine the resulting concentration of thio-purine metabolites. Then compare this with the concentrations that the Montreal doctors had found to be too low and too high. If the metabolite level is too low or too high, this “indicates a need to” adjust the dosage, the patents state.

The Supreme Court in Mayo threw out these patents. Writing for a unanimous court, Justice Stephen G. Breyer explained that the “patents set forth laws of nature —namely, relationships between concentrations of certain metabolites in the blood and the likelihood that a dosage of a thiopurine drug will prove ineffective or cause harm.”

The remaining steps in the process—administering the drug and analyzing a blood sample—claimed only “well-understood, routine, conventional activity already engaged in by the scientific community.” Such conventional activity is “normally not sufficient to transform an unpatentable law of nature into a patent-eligible application of such a law,” Justice Breyer wrote.

Moreover, the conventional steps claimed in the patent were extremely broad—asserting a monopoly on all methods of administering thio-purine and subsequent blood analysis. These steps “must be taken in order to apply the [natural] laws in question,” the court stated. Thus, in the court’s eyes, the patents were basically attempts to monopolize the Montreal doctors’ discovery of the natural laws concerning the effect of thiopurine metabolites on the human body. Such natural laws aren’t patent-eligible, so the court shot down these patents.

Many legal experts have been upset by this ruling. They concede that the patents at issue were dubious and probably should have been struck down, but they fear the court has created an uncertain and sweeping new legal standard: An invention is not patentable subject matter if it merely adds conventional procedures to laws of nature or abstract ideas.

What is a conventional procedure? “That’s real muddy,” says Boston attorney Vincent L. Capuano, a partner with Duane Morris. “The Supreme Court said look at what was known at the time the patent application was filed, look at prior art. That mixes prior art with patentable subject matter. That’s a significant change. Before, prior art and patent-eligible subject matter were separate issues, considered under separate sections of the Patent Act” (sections 102 and 101, respectively).

What is a law of nature? “A law of nature is something like gravity or the speed of light,” not an individual’s “unique response to a man-made drug,” says Ned A. Israelsen, a partner with Knobbe Martens Olson & Bear in San Diego.

The Supreme Court, however, disagreed. It conceded that “the laws of nature at issue here are narrow laws that may have limited applications,” but it asserted that “our cases have not distinguished among different laws of nature according to whether or not the principles they embody are sufficiently narrow. … The cases have endorsed a bright-line prohibition against patenting laws of nature, mathematical formulas and the like.”

But it is unclear that the court was only following precedent. “The decision could be read as expanding the scope of what is a natural law or natural phenomenon,” Eisenberg says. She adds, “The court’s conception of natural phenomena and natural law is huge.”

This conception is so broad that some fear it allows the patentability of any invention to be called into question, since all inventions rely on natural laws to function. For instance, a new transistor will operate according to natural laws about how electricity flows through different materials. So if this transistor is to be patentable under Mayo, according to some experts, it must do more than apply conventional technology to these natural laws.

To some, this interpretation of Mayo may go too far. After all, does a patent on a new transistor really claim a monopoly on the natural laws about electrical flows through various materials? Does it prevent others from using the same materials to make different, better transistors? If it doesn’t, the transistor would seem to be patent-eligible under Mayo, since the court’s main concern in this case seems to be that a patent should not inhibit others from making use of natural laws.

Even if Mayo is interpreted in this limited fashion, the case seems likely to have far-reaching effects. “It has the potential to invalidate a large number of [medical] diagnostic patents,” Israelsen says. It may also invalidate many medical treatment patents. “To a large extent,” he says, “this threatens patents on personalized medicine.”

Many biotech inventions are also under a cloud. Mayo’s reasoning “could take out a lot of biotech patents,” says Eisenberg.

Moreover, the ruling might fatally undermine gene patents, such as the controversial patents on breast cancer genes at issue in Association for Molecular Pathology v. Myriad Genetics. In that case, the U.S. Court of Appeals for the Federal Circuit found the purified forms of the genes to be patent-eligible and upheld Myriad’s patents on these genes. But the Supreme Court vacated the Federal Circuit’s ruling and ordered the lower court to reconsider the case in light of Mayo.

The Federal Circuit, however, is unlikely to change its mind, according to some experts. “I think the Federal Circuit will uphold the isolated DNA [patent] claims. It would be earthshaking to learn such claims are not patentable,” Capuano says.

“DNA has been patentable for decades,” notes Michael A. Gollin of Washington, D.C., a partner with Venable. Since 1982, the Patent and Trademark Office has issued more than 3,000 gene patents (covering more than one-fifth of all human genes) and at least 47,000 patents on inventions involving human genetic material.

Should the Federal Circuit rule once again that human genes are patentable subject matter, the Supreme Court may well decide to step in. Gollin says that “given the Supreme Court’s activism on Section 101, a lot of people are concerned that the court is seeking to rule on [the patentability of] natural products.”

The process patent that a pharmaceutical company obtained for correlations between blood test results and patient health is not eligible for a patent because it incorporates laws of nature. Such conventional activity is “normally not sufficient to transform an unpatentable law of nature into a patent-eligible application of such a law,” wrote Justice Stephen G. Breyer.