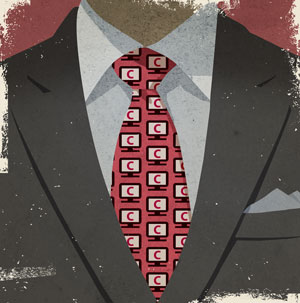 It got a bit more crowded in law firm C-suites last year. Two new executive-level titles joined the CEOs, COOs, CFOs, CTOs and CMOs already managing the nation's law firms. But while earlier C-titles migrated to law firms from the business world, these latest two grew out of their firms' desires to display expertise in critical areas of technology.

Last April, Milberg in New York City became the first law firm to appoint a chief discovery officer. Paul H. McVoy was formerly the firm’s director of litigation support. As CDO, his job was to guide the firm’s lawyers, clients and co-counsel in the technical aspects of discovery.

McVoy’s title followed from the growth of the litigation-support services he managed into a business unit providing discovery services to clients and other law firms.

The firm recently spun off his department into a separate company, Meta-e Discovery, and he got a new C-title as CEO.

“This gives us the ability to be more independent,” McVoy explains. “Certain competitors will be more comfortable working with us.”

And in September, Philadelphia-based Fox Rothschild created the position of chief privacy officer and named lawyer Mark G. McCreary to the role. Although several corporations have CPOs, it appears that McCreary is the first at a law firm. (Neither he nor I have been able to find another.) As CPO, McCreary is his firm’s go-to person for internal and client questions involving data privacy.

Both men say their new titles elevated work they were already doing to a higher level of responsibility and accountability.

“Most important, the title tells everyone in the firm, when these issues come up, who they should go to,” McCreary says. “It tells people internally to take these issues seriously. And we want our clients to rest assured that these issues are very important to us.”

Both men say the initial decision to give them a C-title was one thing—picking it was another.

“We intentionally wanted an attorney to fill the role,” he says. “We wanted someone who really understood the law and understood data security and privacy in practice. I’m much more focused on determining what data is private and what needs to be kept safe.”

As for McVoy, he came up with the CDO title after the firm made clear it did not want a standard information technology title. “They wanted something that would encapsulate what I did. … We had built a vendor within the firm. It became a business unit. They wanted to capture all that.”

The title was a nod to marketing as well, he says. “They also wanted to telegraph to the world that they took this area of law seriously.”

Both titles have marketing value, believes Charles A. Volkert III, executive director of Robert Half Legal and head of its legal staffing and consulting practices, in that both address the kinds of expertise corporate clients are telling him they want from law firms.

“Corporate clients are driving the demand for discovery expertise,” he says. “They want to hire law firms and third-party firms with strong discovery practices. They also want law firms that understand their risk and compliance issues.” (But see the results from a survey of in-house counsel on new e-discovery capabilities in Law by the Numbers.)

Timothy B. Corcoran, a law firm management consultant in Lawrenceville, New Jersey, agrees. “It signals to the market: ‘Hey look, we’re so good at discovery that we have a CDO.’ “

No other firm has followed Milberg’s lead and named a CDO. But McVoy says his title drew positive feedback from litigation support peers at other firms. “It takes this role that is between the legal and technical worlds and makes it something more than another department.”

For McCreary, the best thing about his title is that it generates conversations with other firms.

“It’s a trigger for them to say, ‘Why aren’t we doing this? Why are you doing it, and should we?’ ” he says. “That’s been refreshing.”

This article originally appeared in the January 2016 issue of the ABA Journal with this headline: “C-Sweet! New top-level posts grow from law firm tech expertise.”

In print and initial online versions of the Business of Law article “C-Sweet,” January, page 34, Paul McVoy was misidentified as being a lawyer. McVoy, formerly Milberg’s director of litigation support and now CEO of Meta-e Discovery, does not have a law degree.

Robert J. Ambrogi is a Rockport, Massachusetts, lawyer and writer. He covers technology at his blog LawSites and cohosts the legal affairs podcast Lawyer2Lawyer.