Nonfungible tokens are all the rage now. What are they, and what should buyers watch for? 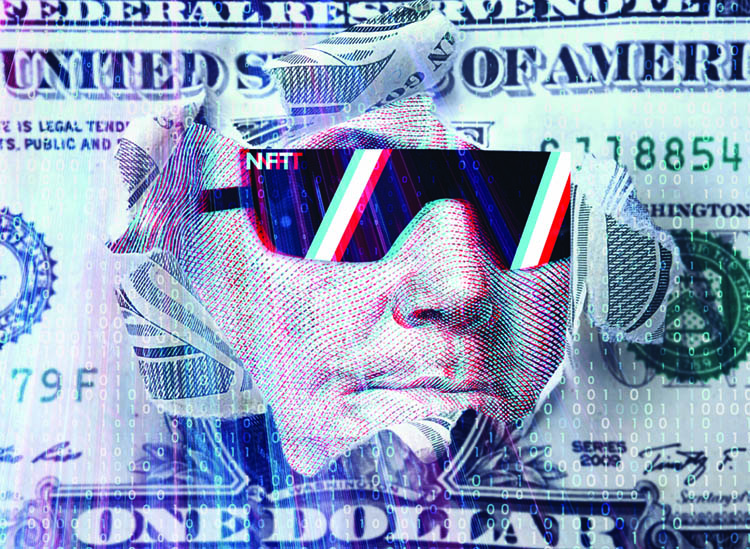 In 2021, several prized collectors’ items have sold for a fortune. For instance, in May, a painting by famed artist Jean-Michel Basquiat went for $93.1 million in an auction. One month earlier, the first Superman comic book got $3.25 million. In mid-August, a famed T206 Honus Wagner baseball card sold for $6.6 million. And not to be left out, on May 23, someone paid $760,999 for ownership of an old viral YouTube video in which a baby bites his older brother’s finger.

Along with rights to online video clips, nonfungible tokens can be used to represent ownership of all sorts of original digital items, including images, audio clips, collectible e-cards—even a copy of William Shatner’s tooth X-ray.

NFTs are the latest form of cryptocurrency, sparking a blaze of interest and a Wild West market of speculation. For instance, in March, the NFT for a digital work of art titled Everydays: The First 5000 Days sold for a record $69.3 million at Christie’s.

Meanwhile, corporate America is getting in on the action. In June, Domino’s Pizza introduced NFTs featuring its mascot, the pizza-destroying Noid. Each NFT features an image of a tool, like the pizza crusher, that the Noid uses in his evil travails. In addition, the NBA has introduced a digital marketplace where collectibles can be bought, sold and traded like baseball cards. 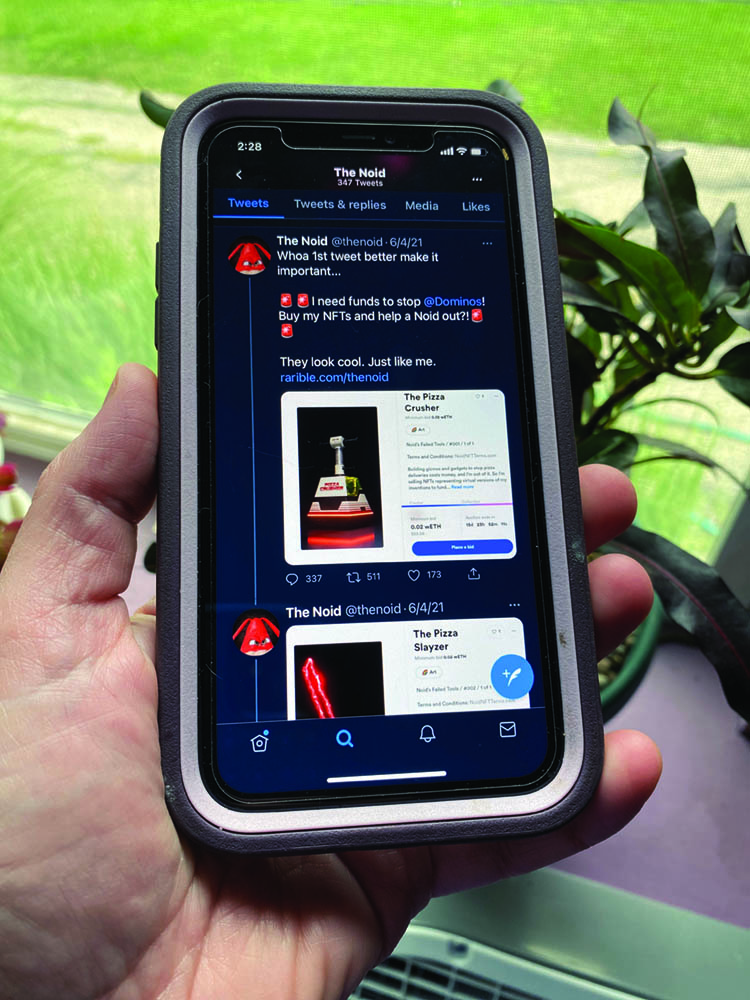 While NFTs have been compared to Bitcoin in that both use blockchain technology to create digital assets, bitcoins are basically all the same. Each NFT, often connected to a specific digital property or item, is unique. Like Bitcoin and other forms of cryptocurrency, the NFT market is considered extremely volatile. Tech site Gizmodo has been tracking the ups and downs, but it is too early to figure out where things are going to land. Though the novelty and volatility of the NFT market have sparked interest, experts say it might be wise to tread cautiously.

“Anyone transacting in the cryptocurrency space should always be extremely vigilant,” says Moish Peltz, a partner at Falcon Rappaport & Berkman in New York. He analogizes buying an NFT to being in an art gallery in an unknown country and not being sure whether the art is original and authentic.

“I do think that prospective NFT buyers that are spending any significant amount of money ought to be cautious and not put at risk more than they are willing to lose.”

Rights can be a murky issue when it comes to creating a token. A recent example was an NFT that was created from a Basquiat drawing that was placed for sale on OpenSea (a popular NFT marketplace) without the consent of the artist’s estate. “Basquiat’s estate objected, and sure enough, OpenSea removed the item from the marketplace,” Peltz says. 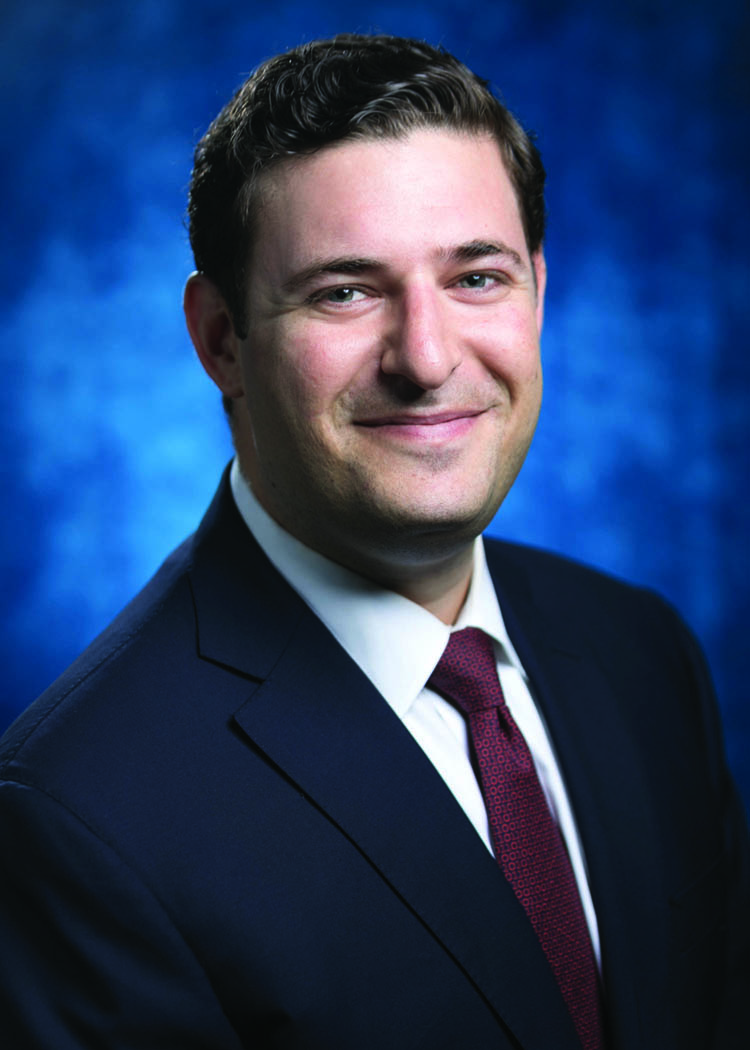 Moish Peltz: Buyers in the NFT arena should be “extremely vigilant.” Photo by David Beyda.

Another major issue of concern is copyright. According to Pramod Chintalapoodi, president of Chicago-based intellectual property firm Chip Law Group, under U.S. copyright law, the creator retains exclusive rights to reproduce and distribute copies of, make derivatives of, and publicly perform and display the copyrighted work.

“Absent an assignment, these rights stay with the copyright owner, even upon the sale of a copy of the work,” says Chintalapoodi, who adds that a common misconception is that the copyrights get transferred with the NFT. “I don’t think any changes are needed to the copyright law to address NFTs, but more care needs to be given to drafting contracts and terms of service to clarify the ownership of the underlying IP rights of the work.”

Chintalapoodi says buyers should be aware that the proposed license grant will probably be in favor of the seller, so if they want to have the copyright, they’ll have to negotiate for it.

“Similarly, it would be prudent for IP owners to consider, and perhaps explicitly address, NFTs when licensing their content to avoid the risk of licensees exploiting ambiguities in the license grants,” he says. 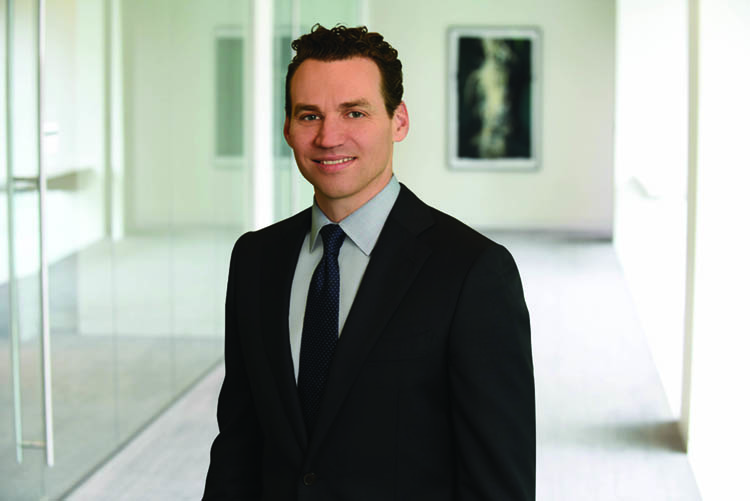 Mark Rasmussen warns that anything crypto-related could be regulated as a security. Photo courtesy of Mark Rasmussen.

Though regulation typically lags behind technology, two Jones Day attorneys indicate regulation is a distinct possibility. One issue to look out for is whether NFTs are subject to securities laws, says Dallas-based litigation partner Mark Rasmussen. “Anything ‘crypto’ can be subject to securities laws. But what I’m seeing is more collectibles and art and doesn’t have the characteristics of a security. When people buy NFTs linked to collectibles and art, they’re purchasing a product that has some immediate value and generally are not buying it for profit based on future expected efforts by the company selling the NFT,” Rasmussen says.

Another potential regulatory issue is whether the NFT is a commodity, says Washington, D.C.-based securities partner Josh Sterling. “Pretty much anything other than onions and movie theater box office receipts are commodities under the Commodity Exchange Act,” he says. “So it’s very likely that the Commodity Futures Trading Commission would take the position that NFTs are commodities.” Sterling also says the CFTC analysis would include whether there was inappropriate trading; or if participants were somehow misled or the price was manipulated; or if the seller provides financing; or if fractional interests are being bought or sold.