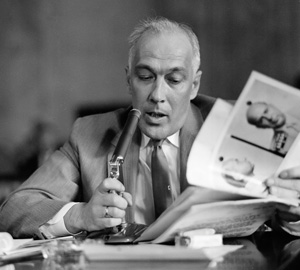 For the first five decades of the 20th century, the Mafia was unknown to average Americans. Even J. Edgar Hoover saw rumors of highly organized crime as a distraction from his anti-communist crusades. But Edgar Croswell, a New York state police sergeant, had a different view, one that brought him to Joseph Barbara's 130-acre estate near the town of Apalachin. Croswell knew Barbara as "Joe the Barber," a gangster who owned the local soda and beer operations, and in the field behind his hilltop home sat at least 20 flashy cars—Cadillacs, Chryslers, Lincolns. As Croswell's team jotted license plate numbers, he could see more than 60 middle-aged men clustered in and around the sprawling fieldstone house, their dark suits and shiny shoes clouded by smoke from an open-pit barbecue. When Barbara's wife recognized them, the officers withdrew to the highway and called for reinforcements to set up a roadblock.

Minutes later, news of troopers gathering outside the property sent dark suits scurrying. Some fled to wooded thickets and open fields where they were easily apprehended. But most crowded into the cars, only to be stopped at the roadblock. By the end of the evening, the officers had collected 58 names, many of them familiar: Joseph Profaci, Vito Genovese, Joseph Civello, Paul Castellano, Joseph Bonanno and Santo Trafficante. Though their criminal histories represented more than 100 convictions and 275 arrests, they were only questioned and then released. 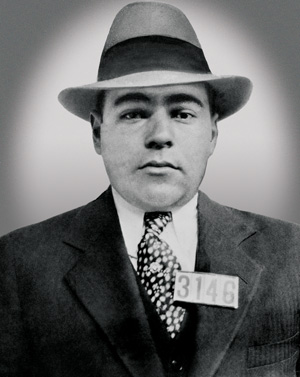 The gangsters said they had just been visiting Barbara, who was recovering from a recent heart attack. But three weeks earlier, Albert Anastasia, the notorious boss of "Murder Inc.," had been slain. Early on, investigators established that the gathering was a meeting of the Mafia's "commission," a high-level council that resolved personal and business disputes regarding labor racketeering, loan sharking, gambling, extortion, narcotics and entertainment.

Though 20 were subsequently convicted of conspiracy, a unanimous appeals court tossed the charges, noting that the cases were based almost entirely on suspicion. But Croswell's raid had a much more enduring effect by illuminating the breadth of organized crime in the U.S. Within days of the Apalachin raid, there were calls for grand jury investigations in several states as well as hearings in Washington. And after decades of relative secrecy, the term Mafia became a permanent part of the American criminal lexicon.

Next:
New program at Hastings Law teaches students about startups