Online Applications Too Risky? One Firm Takes the Plunge 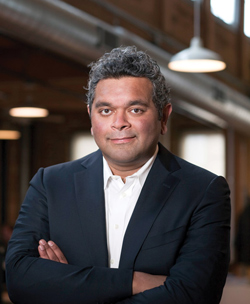 Like anything new, cloud computing inspires both interest and caution in its users, and for the risk-averse legal business, even early adopters prefer to move a few applications online rather than commit entire operations to the ether.

But then there’s Bradford & Barthel. Eric Hunter, director of knowledge management at the 12-office California law firm, is among the true believers. In the fall of 2009, his firm decided to move its e-mail, calendaring, document collaboration, intranets and extranets to the cloud via Google Apps for Business, and they’ve never looked back.

Hunter cites “huge licensing cost savings,” Google’s relentless push for innovation and the service provider’s commitment to customer support as primary motivators for the switch, which involves a 24-month implementation period that is about halfway complete.

“Our departments are better connected,” he adds. “Information is better organized and easier to come by.”

And why not? With cloud computing, even the smallest law firms get access to computing power and myriad application choices that once were the stuff of wish lists. Pay-as-you go plans offered by many cloud providers seem to virtually guarantee significant cost savings. And software upgrades—once onerous in-house rites of passage—become the sole headache of an off-site staff whose only business is information technology.

But while the siren call of cloud computing is becoming ever more enticing, concerns about security and the loss of control over data have left much of the legal community wary of shifting computing to off-site service providers.

“Think about it for a minute,” says Mike Lipps, a vice president and managing director for legal business software solutions for LexisNexis, which offers a number of cloud-based solutions for law firms. “I want you to take your most sensitive and personal data, and I want you to put it ‘out there.’ Out there on the Internet, in the cloud, in that place where scam artists rip off old ladies with wire transfers, where predators pose as kids in chat rooms, where people swap music for free until they get sued by the RIAA.

“Put your data out there and I promise it will be safe, secure and there when you need it. And if you discontinue using my service, I’ll give it back to you nice and neat. What’s not to love about this concept “

“There is no evidence to suggest that even a sizable niche of [law] firms have gone to the cloud yet,” Lipps says. Microsoft, Google, Thomson Reuters and Apple declined requests for comment on law firms’ use of cloud computing for this article.

So far, the only takers have been the law firms on extremes—the industry Goliaths and the bravest of the Davids—that are among the first to parachute in, according to Rakesh Madhava, CEO of Nextpoint, a cloud services provider.

BigLaw firms are among the first to feel cloud computing’s gravitational pull “because the volume of data has literally broken their in-house solution, or where multiple firms in multiple jurisdictions have to access the same data set,” Madhava says. “On the other end of the spectrum, we have solo practitioners and very small law firms who are using the exact same applications because the cost compression of cloud computing has made it the only financially viable model for managing electronically stored information.”

Besides an overall migration of business operations, Madhava sees e-discovery and case-specific search engines as inevitably moving to the cloud long term.

“No one is going to save a Facebook profile locally for review,” he says. “It doesn’t make any sense. And there’s no software you could install to effectively review it.”

Lipps sees the future similarly. “E-discovery, document management and hosting—anything that allows collaboration between attorneys and between attorney and clients” will increasingly be found in the cloud, he says, though emphasizing that change will come slowly.

Those toying with the concept are wise to keep the happy talk to a minimum, says David Navetta, a Denver-based founding partner of the Information Law Group, which concentrates its practice on privacy, data security, information technology, e-commerce and intellectual property issues.

“Don’t fall for the marketing hype,” he says. “Yes, there may be cost savings and scalability benefits. But for those benefits, law firms are potentially trading away a very important component: control. The costs and benefits of the cloud may be outweighed by the loss of control and access a law firm might lose in a cloud environment.”

If the idea still looks good without the lipstick, firms are advised to choose their provider carefully. “Cloud providers come in many shapes and sizes,” Navetta says. “Some pay attention to security issues more than others. Moreover, some are more willing than others to contractually address the issues around security.”

Court a number of service providers to ensure you get the best deal possible, including the best deal on security, Navetta advises. “When there is more than one potential cloud provider in the mix, law firms can leverage the providers against each other and make them compete not only on price, but on issues of data confidentiality, integrity and availability,” he says.