Our Civic Sacrament: Voting and the people who make the process work must be protected and respected 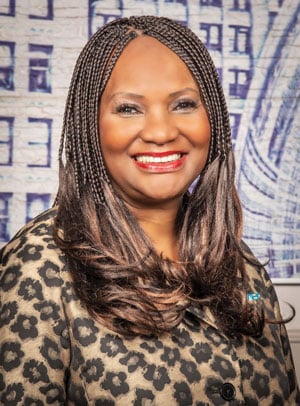 The right to vote is one of the most cherished and important responsibilities of American citizens. Voting gives the people an opportunity to be heard and to hold lawmakers and officials accountable.

The longtime former president of the University of Notre Dame, the Rev. Theodore Hesburgh, called voting “a civic sacrament.” When then-President Ronald Reagan signed an extension to the Voting Rights Act in June 1982, he said, “The right to vote is the crown jewel of American liberties.”

But recently, our entire election system has been under attack. Both the 2020 elections and the recent 2022 midterm elections have been the target of fraud claims. While almost all of those claims have been discredited, they have sown the seeds of distrust in a large segment of the population.

A CNN poll conducted in June and July found that only 42% of respondents have some confidence that U.S. elections reflect the will of the people; 48% of respondents said they think it is at least somewhat likely that in the next few years, some elected officials will successfully overturn the results of an election because their party did not win.

The American Bar Association is committed to fixing this growing problem of the erosion of election confidence. Through its Standing Committee on Election Law, the ABA, in a nonpartisan fashion, examines ways to improve the federal electoral process to permit the broadest, least restrictive access for all eligible Americans to the ballot box and to ensure all votes are counted.

Like many ABA members around the country, I joined the effort on Election Day, volunteering as a poll worker in New Jersey. Poll workers help people vote, check credentials, direct voters through the process and help local officials ensure elections are free, fair and accurate. Depending on the state, tasks may range from staffing polling places to processing returned ballot envelopes.

Lawyers and law students understand the need for due process and equal protection as a part of the electoral process and thus are well-suited to serve as Election Day officials. But in my precinct, people from all occupations, young and old, rich and poor, volunteered to help make the election process work. It was civic engagement at its best.

Election administrators do not have easy jobs under normal circumstances, and today we see a disturbing trend of threats to the physical safety of officials and their families if the outcome of an election does not have a desired result.

According to Reuters, since the 2020 vote:

• In Pennsylvania, more than 50 county election directors or assistant directors have left in the state’s 67 counties because of increased threats and intimidation.

• In Nevada, 10 out of 17 counties have seen their top election official resign, retire or decline to seek reelection.

• In Texas, 30% of election officials have exited.

The ABA Section of State and Local Government Law created an initiative called Defending Democracy that focuses on state and local election administrators and their nonpartisan work. Defending Democracy works to instill public trust in our electoral process and educates the public about the importance of adequate protection for election workers who are on the front lines of our democracy.

Political differences have been with us since the birth of our country. Partisanship can be heightened during the heat of a campaign and election. After the votes are counted, though, we must come together and accept the will of the electorate. Lawyers need to be leaders in assuring people the results are fair. Voters must have faith in the electoral process for our democracy to succeed.