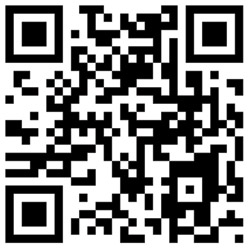 Scan our QR code with your phone and see where it takes you.

They’re showing up everywhere: at bus stops, on posters, in the pages of magazines. And now those little black-and-white matrix bar codes, better known as QR codes, are creeping into law firms.

The Montreal-based firm Lavery, de Billy recently started using QR, or “quick response,” codes in several of its advertising campaigns after using them successfully for recruiting. “Because of the appeal technology has with younger lawyers, our first opportunity to use the QR codes was in a recruitment campaign,” says Lavery partner Guy Lavoie, who is a member of the firm’s business development team. “Response from students was good.”

Developed in Japan in the ’90s, QR codes let smartphone users connect instantly to digital resources, including webpages, vCards and more. Smartphones have exploded in popularity in North America—nearly a third of mobile phone users in the U.S. had a smartphone at the end of 2010, according to Nielsen—and that segment is expected to continue to rise.

Lavery has now used QR codes in a variety of print advertising and marketing campaigns, and it reports a 50 percent uptick in the number of visitors to its website as a result of them.

Lise Allard, Lavery’s director of business development and communications, says clients have found the QR codes “neat and interesting” and adds that “we are using [them] as part of an integrated marketing approach.”

Seizing on the popularity of smartphones, Cynthia Jezek, a solo practitioner in South Padre Island, Texas, began using QR codes this year in part to do away with hand-lettered signs when she was out of the office. She has four QR codes on the signage outside her office, one of which links to a status page to inform visitors when she is out of the office and when she expects to return. “There were times when I’d go out to lunch and I’d have to put up a tacky sign,” she says. But with the QR code linked to a webpage, she can update the information from her cellphone if she’s running late.

Jezek hasn’t seen much of a response yet, though. “I don’t think they’re a bad thing,” she says. “I think when people get used to seeing them and using them, they’ll be handy.”