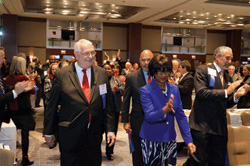 Photo of the announcement of Paulette Brown’s nomination as President-Elect by ABA Media Services.

In a speech to the ABA House of Delegates in February during the association’s 2014 midyear meeting, Paulette Brown acknowledged the significance of her nomination to become the first woman of color to serve as ABA president.

“I know I have a unique responsibility,” said Brown, a partner at Edwards Wildman Palmer in Morristown, N.J. “Whenever one is the first of anything, the expectations are a bit different. I am going to do my level best to live up to these heightened expectations because our association and its members deserve it—and more important, those who would see me as a role model deserve it.”

But Brown also emphasized that the larger message of her selection to serve as president is that the ABA is firmly committed to representing the interests of all segments of the legal profession. “When an organization includes everyone, it becomes stronger,” she said. “There are a lot of important issues facing lawyers today, and it is my goal to make sure that the ABA is the go-to organization for all lawyers everywhere.”

In other action, the nominating committee selected Patricia Lee Refo, a partner at Snell & Wilmer in Phoenix, to serve as chair of the policymaking House of Delegates. The committee also announced its choices to fill 10 seats on the 40-member Board of Governors, which oversees the association’s administrative operations and addresses certain policy matters between meetings of the House of Delegates.

The House will vote on the nominees in August when it convenes at the 2014 annual meeting in Boston. The nominating committee’s selections are virtually assured of being elected by the House.

Under the ABA Constitution, the association’s presidents are not actually elected to that office. Rather, the House elects a candidate—invariably, the choice of the nominating committee—to the office of president-elect. After a year, the president-elect automatically becomes the ABA president.

That means Brown will serve for a year as president-elect after she is formally elected by the House in August. She will then serve a one-year term as president starting in August 2015 at the close of that year’s annual meeting in Chicago. Brown is the fourth New Jersey lawyer to serve as ABA president, and the first in more than 50 years.

Refo will begin serving her two-year term as chair of the House at the close of this year’s annual meeting. 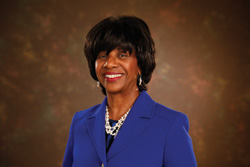 WHO SHE IS: Member and chief diversity officer at Edwards Wildman Palmer in Morristown, N.J. Member of ABA House of Delegates in 1997-2013. Served on Credentials and Admissions, and Drafting Policies and Procedures committees. Served on Board of Governors in 2007-10. Member of Task Force on the Future of the Legal Profession. Member of council for Section of Legal Education and Admissions to the Bar. Council member for Section of Litigation in 2006-08, and currently co-chairs the section’s ABA Resource Committee. Past chair of Coalition on Racial and Ethnic Justice, and past co-chair of Commission on Civic Education in the Nation’s Schools (2010-13). Received the Spirit of Excellence Award in 2007 from the Commission on Racial and Ethnic Diversity in the Profession. Received the Margaret Brent Women Lawyers of Achievement Award in 2011 from the Commission on Women in the Profession. President of National Bar Association in 1993. Founder and president of Association of Black Women Lawyers of New Jersey in 1983-86. Received JD in 1976 from Seton Hall University School of Law in Newark, N.J. 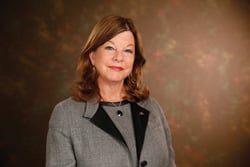 WHO SHE IS: Partner and chair of the professional liability litigation group at Snell & Wilmer in Phoenix. Member of ABA House of Delegates in 1998-2001 and again since 2005. Currently serves on nominating committee as state delegate from Arizona, and is vice-chair of the executive committee of the Conference of State Delegates. Chairs House Committee on Issues of Concern to the Legal Profession. Chaired Commission on the American Jury Project in 2004-05, and currently serves as special consultant and commission member. Chaired Standing Committee on Membership in 2008-11. Member of Commission on Civic Education and the Separation of Powers in 2005-07. Chaired Section of Litigation in 2003-04, and served on the section’s executive committee in 1994-2010. Co-chairs the section’s ABA Resource Committee. Member of the board of directors for American Bar Endowment since 2009. Member of advisory committee on the Federal Rules of Evidence to the U.S. Judicial Conference in 2000-06. Co-chairs Committee for the Evaluation of Supreme Court Nominees of National Association of Women Lawyers. Practiced from 1983-96 at Jenner & Block in Chicago. Received JD in 1983 from University of Michigan School of Law in Ann Arbor. 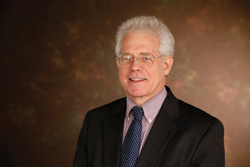 WHO HE IS: Partner at Richardson, Whitman, Large & Badger in Portland, Maine. Member of ABA House of Delegates since 2007 (currently represents Maine Bar Association). Member of Standing Committee on Lawyers’ Professional Liability. Past president of New England Bar Association (2008) and Maine State Bar Association (2005). Served on Civil Justice Advisory Committee to U.S. District Court in Maine. Advisory trustee to Portland Trails, which is building a network of walking and biking trails in the city. Received JD in 1978 from University of Virginia School of Law in Charlottesville. (District 1 encompasses Maine, New Hampshire, Rhode Island and Vermont.) 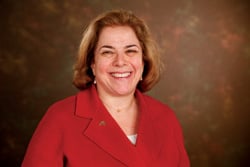 Photo of Alice A. Bruno by Wayne Slezak

WHO SHE IS: Attorney in New Britain, Conn. Member of ABA House of Delegates in 1987-89 and again since 2008, and currently serves on nominating committee as state delegate from Connecticut. Member of House Committee on Drafting Policies and Procedures, and executive committee of Conference of State Delegates. Member of Legal Access Job Corps Task Force. Chairs Standing Committee on Bar Activities and Services. Member of ABA Day in Washington Planning Committee for 2013 and 2014. In 2012-13, was first woman to serve as executive director of Connecticut Bar Association. Received JD in 1981 from University of Connecticut School of Law in Hartford. (District 2 encompasses Connecticut, Massachusetts and Michigan.) 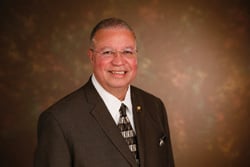 Photo of Herbert B. Dixon Jr. by Wayne Slezak

WHO HE IS: A judge on the District of Columbia Superior Court since 1985. Member of ABA House of Delegates since 2008 (currently represents National Conference of State Trial Judges). Member of nominating committee representing the Judicial Division. Member of House Committee on Technology and Communications. Member of ABA Journal Board of Editors. Chaired National Conference of State Trial Judges in 2005-06, and co-chaired editorial board for The Judges’ Journal, published by the Judicial Division. Serves as presiding judge of D.C. Superior Court’s Technology-Enhanced Courtroom Pilot Project, and co-chairs the court’s Strategic Planning Leadership Council. Served as presiding judge of the Civil Division and the Multi-Door Dispute Resolution Division. Serves as senior judicial adviser to the Courtroom 21 Project at Marshall-Wythe School of Law at the College of William & Mary in Williamsburg, Va. Received JD in 1973 from Georgetown University Law Center in Washington, D.C. (District 4 encompasses the District of Columbia and Virginia.) 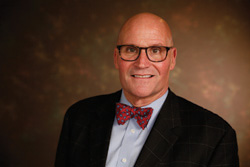 WHO HE IS: Partner at Simon, Peragine, Smith & Redfearn in New Orleans. Member of ABA House of Delegates since 1997 (currently represents Louisiana State Bar Association). Chaired Special Committee on Disaster Response and Preparedness in 2010-13. Board member of Center for Racial and Ethnic Diversity in 2009-10. Past member of Standing Committee on the Delivery of Legal Services (2005-08); Special Committee on Death Penalty Representation (2001-04); Committee on Justice Initiatives (1998-2001); Standing Committee on Gavel Awards (1993-96). Peer consultant in ABA Center for Pro Bono. President of Louisiana State Bar Association in 1997-98 and Louisiana Bar Foundation in 2004-05. Established Louisiana State Bar’s Access to Justice Program, and is vice president of Louisiana Civil Justice Center. Past president of the Historical Society of the Louisiana Supreme Court. Received JD in 1980 from Loyola University New Orleans College of Law. (District 6 encompasses Georgia, Louisiana and Tennessee.) 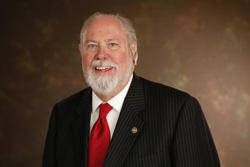 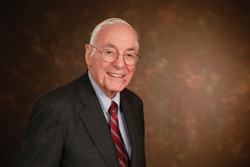 WHO HE IS: Partner at Finnegan, Henderson, Farabow, Garrett & Dunner in Washington, D.C. Member of ABA House of Delegates since 2002 (currently represents Intellectual Property Law Section). Chaired Section of Intellectual Property Law in 1995-96, and currently serves as section liaison to U.S. Court of Appeals for the Federal Circuit. In 2013, became one of only nine law firm practitioners to receive Samuel E. Gates Litigation Award from American College of Trial Lawyers, recognizing significant contributions to improving the litigation process. Received JD in 1958 from Georgetown University Law Center. 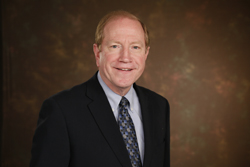 WHO HE IS: Partner at Thompson Coburn in St. Louis. Member of ABA House of Delegates since 2003 (currently represents the Bar Association of Metropolitan St. Louis). Member of House Committee on Technology and Communications. Member of Commission on Governance; Legal Opportunity Scholarship Fundraising Committee; and Commission on Racial and Ethnic Diversity in the Profession. Member of Standing Committee on Bar Activities and Services in 2006-12, and served as chair in 2009-12. Immediate-past chair of the Section of Litigation. President of Metropolitan St. Louis Bar in 2001-02. Received JD in 1978 from University of Michigan Law School in Ann Arbor. 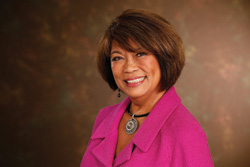 WHO SHE IS: Attorney in Vallejo, Calif., retired from active practice. Chairs the California Law Academy Support Council. Founding partner of the first law firm in the Sacramento area owned by women. Member of ABA House of Delegates since 2012 (currently represents State Bar of California). Member of advisory committee to Standing Committee on Public Education. Member of Annual Meeting Program Planning Committee. Member of Commission on Women in the Profession in 2010-13. Past chair of Council for Racial & Ethnic Diversity in the Educational Pipeline. Past president of National Asian Pacific American Bar Association (2002-03). Worked as a nurse for 15 years before entering legal profession. Received JD in 1988 from McGeorge School of Law at the University of the Pacific in Sacramento. 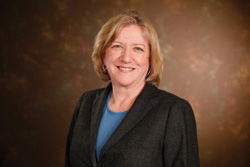 Photo of Pamela A. Bresnahan by Wayne Slezak

WHO SHE IS: Partner at Vorys, Sater, Seymour and Pease, heads the firm’s litigation practice group in Washington, D.C. Member of ABA House of Delegates since 1987 (currently is a delegate-at-large). Chairs House Committee on Drafting Policies and Procedures. Council member for Fund for Justice and Education. ABA permanent representative to the United Nations/Public Information in 2010-13. Past member of Standing Committee on the Federal Judiciary (2002-05) and Commission on Women in the Profession (2000-02). Chaired Standing Committee on Lawyers’ Professional Liability in 1995-97. Member of Gender Equity Task Force in 2012-13. Council member for Section of Litigation in 2010-13, and currently co-chairs the section’s ABA Resource Committee. Board of Trustees member for National Institute for Trial Advocacy since 2010. President of American Counsel Association in 2004-05 and Women’s Bar Association of Maryland in 1987-88. Received JD in 1976 from University of Maryland School of Law in Baltimore. 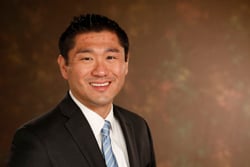 WHO HE IS: Partner at Holland & Knight in Orlando, Fla. Member of ABA House of Delegates since 2011 (currently represents the young lawyers division of the Florida Bar). Chairs the House Tellers Committee. Serves as an ABA Young Lawyers Division liaison to Board of Governors. Former diversity director for Young Lawyers Division. Recipient of YLD’s Star of the Year Award for 2013. Received JD in 2004 from Florida State University in Tallahassee.

This article originally appeared in the May 2014 issue of the ABA Journal with this headline: “ABA announces nominations: Paulette Brown will be the first woman of color to serve as ABA president.”