Are pets assets or part of the family? States are passing laws that give judges a longer leash in divorce custody proceedings 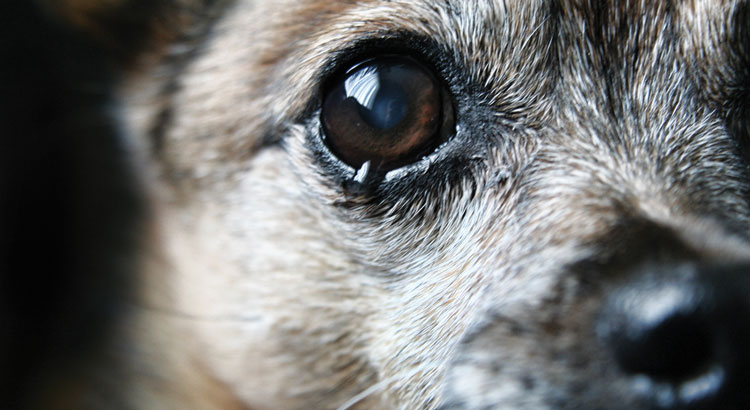 Lawyers are supposed to be dispassionate about the cases they handle. But a California couple’s 2015 divorce fight over a dog named Sweet Pea nearly broke one attorney’s heart.

Erin Levine, a certified specialist in family law and owner of the Levine Family Law Group in Emeryville, California, recalls a husband who adopted a pit bull-type dog at a shelter. When he brought the dog home, he gave his wife a greeting card. She recalls it read: “This [dog] is your gift for Christmas. I love you.” Both parties were very attached to the pet and extremely anxious about the outcome. They had no children, so Sweet Pea was their child.

Levine, who represented the husband, says she always believed that, given the choice of who to run to for a treat, “the dog would come to him.” But the judge was miffed that the case went to trial. He awarded custody to the wife, saying the card implied the pooch was a gift.

Levine says she’ll never forget it: “It was more emotional than the majority of my child custody cases. I don’t ever want to do something like that again.”

Navigating emotionally draining divorce cases is never easy, but in California, trial judges will now have more leeway to determine who gets the family pet. In January, California became the third state in the U.S. to adopt a law that allows judges to consider what’s in the best interests of the animal rather than treating the pet like other inanimate property, such as a car. Alaska and Illinois have passed similar laws since 2016. The new laws are groundbreaking because they come amid growing interest in protecting pets and settling disputes over them.

As in a child custody case, according to attorney Barbara J. Gislason, a judge might take into account factors such as whether one person cares for, trains and takes the dog on walks every day while the other spouse not only ignores the dog but mistreats it.

Gislason, author of Pet Law and Custody: Establishing a Worthy and Equitable Jurisprudence for the Evolving Family, says she expects the remaining 47 states will pass similar laws addressing pet custody in the next decade. One big reason is shifting societal attitudes toward pets and the growing cultural view in the U.S. that companion animals are family members.

“This is the next significant wave of important laws that are going to affect companion animals in this country,” Gislason says, noting that other laws include the dramatic expansion of misdemeanor and felony laws related to animal cruelty, the fact that some states have provisions that allow pets to be included in domestic violence protection orders (33 states as well as Washington, D.C., and Puerto Rico have these protections), along with laws that allow pet trust funds to be set up.

Bruce Wagman, who runs the animal law practice at Riley Safer Holmes & Cancila in San Francisco, says he has seen an uptick in pet custody disputes in general.

In a 2014 survey by the American Academy of Matrimonial Lawyers, more than a quarter of attorneys said they’d seen increases in disputes about pets over the previous five years. Dogs and cats topped the list, which also included horses, an iguana, a python, an African grey parrot and a 130-pound turtle. Nearly a quarter of the attorneys surveyed reported that courts were more frequently allowing pet custody cases, and 20% cited an increase in courts deeming pets to be an asset during a divorce.

But the next time the AAML conducted the survey in 2017, 30% of attorneys said they’d seen a decrease in pet disputes over the previous three years. In a statement, then-AAML President John Slowiaczek said one reason may be that more couples are planning ahead to avoid potential catfights and that often, if children are involved, the animal typically stays with them, “overriding any claims made by the noncustodial parent.”

The state laws are similar in that they “grant or direct or allow courts the authority to give a little bit more consideration to the animals or to the interest of the individuals in their animal separate from other inanimate property” that a couple might have, Wagman explains, adding that they defer to the judges to “really do the right thing.”

The new laws may also provide additional protections for pets. If one party is concerned something untoward might happen to an animal while the divorce is pending, the California law allows the court to issue an order to require one member of the couple to care for the pet, Wagman says.

That’s important, particularly in domestic violence cases. “Unfortunately, sometimes things do happen to the pet—they disappear, and one spouse might say, ‘I don’t know what happened with Fluffy; he’s gone,’ ” Wagman says.

The laws also may lessen the likelihood of someone using a pet as a pawn. Wagman worked on a Bay Area case in which the husband tried to leverage the couple’s dogs to extort money from the wife because he knew she “wanted the dogs more than anything.” As Wagman recalls, the man said, “ ‘I’m going to go after those dogs unless you let me have the $3 million house.’ He was just so evil, this guy.”

The new laws don’t apply to situations involving roommates but are expected to apply to domestic partnerships since these partnerships are typically covered by the same laws as marriage. The states with pet custody laws—Alaska, Illinois and California—don’t recognize common-law marriages unless a couple has a valid common-law marriage in another state and the parties move to one of those states and courts there gain jurisdiction. In that case, the new pet custody laws likely also would be applicable.

While the AAML does not have statistics on how many divorce cases settle and how many go to court, Peter M. Walzer, the organization’s current president and a partner in the law firm of Walzer Melcher in Los Angeles, estimates that 5% will litigate at least one part of their case, while the balance of the cases are negotiated and settled out of court.

Deborah J. Marx, a family law attorney in Oakland, California, says she generally supports the new law because it could give judges more options for resolving difficult pet custody disagreements when two partners can’t reach a resolution through processes like mediation.

Several attorneys say one scenario that often works well and provides stability for kids is when clients agree to share time with a dog after the divorce. “Sometimes the dog goes back and forth between the two parents’ houses on the same schedule as the children,” Marx says.

Although the new California law includes provisions for joint custody, Levine says she doubts many judges will help craft and sign off on such plans.

“The court is interested in providing finality,” Levine says. “I don’t think they want to be in the business of managing ongoing custody matters for dogs.”

Marie Sarantakis, a family law attorney at Sarantakis Law Group in Chicago, notes that the Illinois statute says a pet is considered a marital asset if it was acquired during the marriage as long as it’s not subject to an exception, such as the animal being a gift, received as part of an inheritance when a family member passed away or excluded by a prenuptial agreement. If a judge makes that preliminary finding, presumably best interests could be considered. But until case law develops further, Sarantakis says she thinks there’s “a great deal of discretion.”

Sarantakis adds it’s not clear how far the courts should go to reach an agreement. When deciding children’s issues, courts opine on decision-making authority and parenting time. Would it be the same for pets? Could owners have joint decision-making rights regarding medical decisions? Is there such a thing as doggie support?

“Essentially we could have pet parents who are ordered to contribute to the responsibility of pet ownership,” Sarantakis says. “Are we going to be splitting medical bills? Really, it’s up to that particular judge just how far they want to go with their ruling.”

In the end, animal cognition may be up for debate, but attorneys fighting for what’s best for pets say they welcome the growing trend of keeping animals’ interests in mind.

“It actually matters to animals as vibrant beings that their needs are met,” Gislason says. “And wouldn’t it be nice if a dog got to live where the dog was happy?”