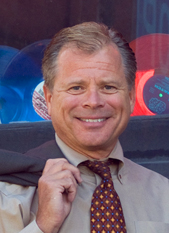 When Tanya Andersen got a letter accusing her of illegally downloading music, she thought it was a scam. The Beaverton, Ore., woman says she is ignorant of how file sharing works. And even if she wasn’t, the gangsta rap songs she was accused of stealing were definitely not her taste.

However, after a process server came to her house in 2005 with a copyright infringement action, Andersen knew it wasn’t a joke. But in July, the Recording Industry Associ­ation of America voluntarily dismissed its action against Andersen after it became clear the group had no evidence that she engaged in downloading music, says her lawyer, Lory R. Lybeck.

A few days later, Andersen filed a suit in U.S. District Court in Portland for malicious prosecution. The lawsuit alleges that the Washington, D.C.-based trade association engaged in fraud, negligent misrepresentation and the intentional infliction of emotional distress, among other claims. Andersen v. Atlantic Recording Corp., No. 3:2007cv00934. Lybeck says he is seeking class action status.

According to Lybeck, who practices in Mercer Island, Wash., near Seattle, Andersen is one of many the RIAA has wrongly accused of illegally downloading music. He says the RIAA locates possible downloaders by a method that uses information from Internet protocol addresses, which consist of a series of digits.

But, says Lybeck, no technology can determine whether files that turn up with the IP addresses are copyrighted recordings, inoperative files or decoys.

“The RIAA knows that its investigations cannot and do not identify infringers,” he says. “The technology and process simply does not allow individuals to be identified—period. The most they can do is identify someone they associate with having used some of these peer-to-peer file-sharing programs.”

Lawyers say Andersen’s suit is the first of its kind against the RIAA, but they expect others. Since the group began suing over alleged illegal downloads in 2003, 21,000 people have been named as defendants. (See “Breaking Up Downloading,” ABA Journal, April 2006.)

“These matches are not 100 percent, and there are shortcuts in execution of the whole process that can result in mistakes,” says law professor Jonathan Zittrain, who focuses on Internet governance and regulation. According to Zittrain, a professor at Harvard Law School and the University of Oxford, none of the infringement actions has gone to a verdict.

Some suspect that many of the association’s suits have resulted in default judgments because many defendants cannot afford legal representation. Cases might settle for far less than the initial demand.

“I heard of a $300 settlement they just took,” says Jason Schultz, a senior staff attorney with the Elec­tronic Frontier Foundation. According to Schultz, the RIAA outsourced much of the copyright infringement litigation “factory style” to small law firms, and it hired nonlawyers to negotiate settlements.

Schultz says that his group has seen many of the copyright lawsuits dropped. The RIAA says these are legitimate cases, but in the end doesn’t pursue them, says Schultz, who practices in San Francisco. “If they felt they have a strong case, and have the defendant dead to rights, then why drop it?”

Jonathan Lamy, RIAA’s senior vice president of communications, would not comment on the number of cases that have been settled or dismissed. But he did state that the group’s investigation methods are sound.

“We can identify the IP addresses associated with the user engaging in the illegal activity,” he says. The Inter­net service provider “is able to match a specific IP address with the account holder.”

Lamy also disputes the notion that many suits result in default judgments, and he mentions that some summary judgments in favor of the RIAA have been awarded.

“Our companies have every right to protect their product, just as those who have been robbed have every right to claim damages for what was stolen from them,” Lamy says. “This process is simply a means to an end—that is, communicating the message that illegal downloading has consequences and encouraging fans to turn to any one of the great legal ways to enjoy music.”

It’s the second part of that statement that troubles Lybeck. “Federal courts have important business to do,” he says. “These cases aren’t real lawsuits. What’s happening is that the RIAA is using the federal courts as a means of running a national or international threat campaign.”

According to Lybeck, 5 percent to 20 percent of the information gathered in RIAA investigations is incorrect. He says he’s been contacted by other de­fendants besides Andersen and adds that most have limited incomes.

Like Zittrain and Schultz, Lybeck suspects that many lawsuits end in default judgments. He says the RIAA targets people without the resources to challenge the lawsuits.

“I’m not aware of any lawyer being sued, or for that matter anybody I would place outside of ‘I’m just trying to pay my rent,’ ” says Lybeck. “I think there’s some part of this well-orchestrated campaign of fear and intimidation to figure out who they could target.”

But Lamy says that when IP addresses are determined, the RIAA doesn’t know the individual’s identity, so it would be impossible to select defendants based on financial circumstances.

Ray Beckerman, a New York City lawyer who represents individuals sued by the RIAA, also doubts Lybeck’s theory that the industry group selects defendants based on income. However, he also thinks many of the lawsuits result in default judgments.

“I know of no fully contested case that has ever gone to trial,” Beckerman says. “I have a hunch that there have probably been some pro se cases—and a further hunch that at least some of those trials were won by the defendant. But only the RIAA knows for sure.”

In Andersen’s case, she contacted the RIAA’s settlement support center after being served. According to her complaint, a support center employee told her that unless she paid the association $4,000-$5,000, she would be ruined financially. Additionally, the action states, the claim center employee told Andersen that he believed she was innocent, but she should pay something anyway.

“He explained … that defendants would not quit their attempts to force payment from her because to do so would encourage other people to defend themselves,” the complaint states.

Andersen’s action also mentions a specific Internet handle associated with Andersen’s alleged downloading. Andersen says she had never heard of the handle until she was sued. Lybeck says a search of the name connected it to a man in Everett, Wash.

That information was presented to the RIAA before it dropped the lawsuit, Lybeck says. “They knew it was him, yet they continued to harass and intimidate her,” he adds, mentioning that a judge ordered Andersen’s computer examined by a forensic expert the RIAA hired, and there was no evidence of illegally downloaded music.

“They can’t back off,” Lybeck says, “because once they admit that their approach and investigation are technically flawed, everyone who is innocent will say they didn’t do it.”

Andersen’s complaint also states that the RIAA demanded to depose her 10-year-old daughter. The group attempted to locate the girl directly, according to the complaint, by calling her school and pretending to be her grandmother.

As of yet, Lybeck says, he’s seen no evidence that his client illegally downloaded music. When asked if his association pursued a case against someone it knew was innocent, Lamy’s reply was, “We do not pursue legal actions against noninfringers.”

Others aren’t so sure. When the RIAA first announced its plan to target people who illegally download music, Schultz says, the EFF told the RIAA its investigation method was flawed.

“Anytime you’re going to be suing thousands of people, you run the risk of making serious mistakes. They were well aware of the limits to their procedures,” he adds. “Some of the people who have been sued, I’m sure, were people who downloaded music. But this isn’t how the legal system is supposed to work.”

Previous:
Friends of the Court Are Friends of Mine