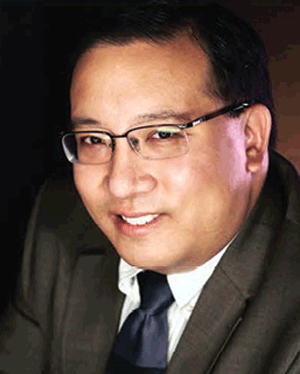 The legal industry already has been heavily affected by technology and the “Uber-ization” of the marketplace. It follows that pro bono work also would be affected.

Take the organization Bay Area Legal Aid. It has chosen to focus more on technology as a way to better serve its clients. But being overworked and under-resourced means it has had to forge partnerships with tech companies and other law firms to build up its technological capabilities.

Alex Gulotta is the executive director of Bay Area Legal Aid. When Gulotta wanted to assess his organization’s existing tech infrastructure last year to determine what kind programs or platforms were needed, he found a company willing to do it. The price tag was the only problem.

“We were looking at a $150,000 bill, and that was with a discount,” Gulotta says. Instead, he reached out to some area law firms and found four (Fenwick & West; Morrison & Foerster; Orrick, Herrington & Sutcliffe; and Wilson Sonsini Goodrich & Rosati) that were willing to do the work for free.

In the meantime, Gulotta says, the legal aid organization forged a partnership with One Legal to handle all its e-filing and process services. “The value of the pro bono services they have provided to us through their portal is approaching $50,000 per year,” Gulotta says.

PRO BONO WITH NO STRINGS

The Pro Bono Network has been focused on being the self-styled Uber of legal aid. The Chicago-based organization formed in 2011 with the objective of allowing lawyers to perform pro bono work on an as-needed basis without making a long-term commitment.

Executive director Donna Peel came up with the idea after transitioning out of her full-time job as an antitrust attorney with the Department of Justice to stay at home and raise her two children.

She wanted to do pro bono work, but living in the Chicago suburbs, she found it difficult to commute to the city for meetings with legal aid agencies. She wanted to work during school hours, but often found herself doing work on weekends and at nights because a lot of the agencies hosted training sessions and meetings after school hours.

Peel thought the last thing the legal industry needed was a high barrier for entry for the many part-time or retired lawyers such as her who want to help. An ABA study in 2013 found that 59 percent of the lawyers who responded thought having more opportunities to perform limited scope representation would encourage more lawyers to do pro bono.

So Peel started the Pro Bono Network to work with legal aid agencies to provide attorneys on demand. “We are not taking law-making cases that law firms might want,” Peel says. “We are working in areas where there are thousands of people in need.”

“We spend a lot of time ‘on-ramping’ [lawyers] into the legal aid landscape,” she says. “Through PBN, they will have vetted opportunities that work for their schedules, local trainings, no required appearances after 2 p.m., backup, and one person to call at PBN who can triage a lot of questions on behalf of the legal aid agencies. We also provide them with office space and translators.”

Peel says one-third of Pro Bono Network volunteers are women at home who are on career break or have left work entirely. The rest include retired lawyers, part-timers and even some full-time lawyers who like the model.

Much of the attorneys’ work is to help procure U-Visas, given to nonimmigrant foreign citizens who are victims of crime or abuse and are willing to cooperate with law enforcement. PBN lawyers have been active in working with criminal expungement clinics, divorce matters, tenant work and representation of incarcerated mothers.

“Many of these clients simply need a lawyer to advise on a brief or provide short-term representation,” Peel says. “That makes it easier for lawyers to volunteer, since they won’t be making a long-term commitment.”

LAW SCRIBBLER ONLINE: Victor Li shares his reporter’s notebook at ABAJournal.com/lawbythenumbers and on Twitter at @LawScribbler.

This article originally appeared in the December 2016 issue of the ABA Journal with this headline: "Pro Bono Times Two: Serving legal aid needs the digital way."