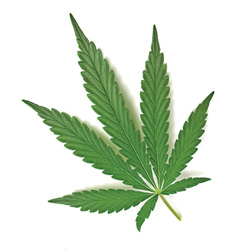 When Denver attorney Ann Toney opened a letter from her malpractice insurance carrier, she was met with an unpleasant surprise: “Firm does not meet current underwriting guidelines because of the following risk factors: area of practice involving medical marijuana” read a portion of the nonrenewal notice she received from Hanover Insurance.

Toney does not believe Hanover’s decision portends a trend with coverage; instead, she sees it as a business decision for one company. Another insurer was willing to cover her at a more competitive rate, she adds.

Others who track the medical marijuana industry say the rejection may indeed represent a one-off situation. With 17 states and the District of Columbia now sanctioning medicinal marijuana, industry watchers say they know of no other lawyers reporting nonrenewals or rejections of coverage because of this practice area.

“It hasn’t been a problem for us,” says Brian Vicente, a Denver attorney and executive director of the medical-marijuana advocacy group Sensible Colorado. Vicente’s shop has grown to a five-man practice dedicated solely to matters for clients specializing in medical marijuana, including licensing and compliance. “This is an area where lawyers are absolutely needed to explain this new and complex area of the law,” he says.

Even so, it’s not surprising that a conservative industry such as insurance would hew to federal policy, which prohibits medical marijuana, says Allen St. Pierre, executive director for the National Organization for the Reform of Marijuana Laws.

“It’s better to defer to the feds than to deal with these emerging, disparate industry players,” he says.

Representatives for Worcester, Mass.-based Hanover declined to be interviewed about why they deem Toney’s medical marijuana clients a risk factor. In a written statement, Hanover said: “Our coverage for lawyers is targeted toward small to midsized firms. We don’t underwrite law firms that engage in a significant amount of higher-hazard practice areas. They just don’t fit our expertise.”

“I don’t think it’s based on true actuarial tables,” he says. “They don’t want to put in any real effort to determine the actual risk.”