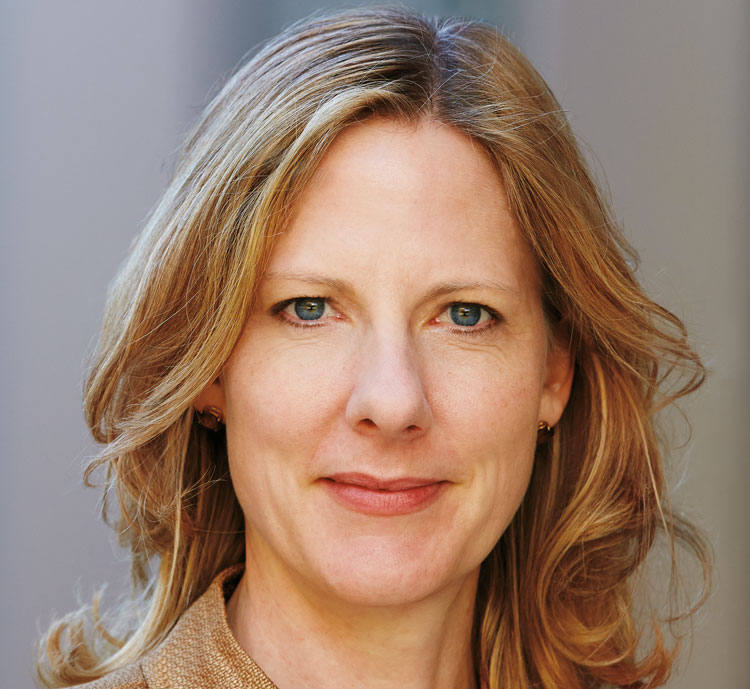 Heather Gerken: Yale students “put five semesters into a clinic where they can do incredibly sophisticated work.” Photograph by John Nienhuis.

The school has set up a law clinic for first-, second- and third-year students to work on novel lawsuits with the San Francisco City Attorney’s Office. This approach makes the subject easier and more meaningful, according to some of the students.

The students have made an impact. A recent lawsuit that involved the clinic, known as the San Francisco Affirmative Litigation Project, was City and County of San Francisco v. Trump. In the case, filed last year in the U.S. District Court for the Northern District of California, the clinic argued it’s unconstitutional to withhold federal funds from cities that limit local law-enforcement cooperation with federal immigration agents.

In November, the court blocked President Donald Trump’s executive order to deny federal grants to sanctuary cities. The case has been appealed to the 9th U.S. Circuit Court of Appeals at San Francisco.

“When you are in high-stakes litigation you have little time, and it really crystallizes which elements in the procedural toolbox are most useful, especially in a case like this one,” says Jeremy Pilaar, a third-year law student working on the lawsuit. Students can join the clinic, which is one of 30 at Yale, during the second semester of their first year.

Mollie Lee, a deputy San Francisco city attorney and the lead lawyer in the district court proceedings, describes the law students as a “secret weapon.” It’s a small, public law office, she says, and students take on significant research that the office by itself may not be able to accomplish.

Additionally, some of the students say the clinic work makes the legal-research learning process much more enjoyable.

“Had I not been working on the case, I don’t know if I would have been as motivated,” says Emma Sokoloff-Rubin, another 3L. “Working with a librarian learning research skills can seem boring until you are applying them and you learn how they matter.”

California law allows certain state and local officials, including the San Francisco city attorney, to bring lawsuits on behalf of all state residents.

Other matters the project has handled include a 2013 state court action that resulted in a $1.1 billion judgment against three lead-paint manufacturers, and Hollingsworth v. Perry, which argued that California’s same-sex marriage ban was unconstitutional.

The 9th Circuit found in 2012 that the voter-passed law known as Proposition 8, which banned same-sex marriage, violated the Constitution. The state of California opted not to defend the action, and in 2013, the U.S. Supreme Court found that the petitioners, intervenors affiliated with groups that opposed same-sex marriage, did not have standing.

“This was dubbed the trial of the century, and my students got to help,” says Heather Gerken, leader of the clinic. She was appointed dean at Yale in 2017 and says she opted to continue overseeing the clinic rather than teaching a lecture class because she finds the work fulfilling.

“Sometimes the model in other schools is that you have a one-semester model. You learn a little bit, and you do a small case,” Gerken says. “Our students are able to put five semesters into a clinic where they can do incredibly sophisticated work. I said to my students, ‘You know, you’d be lucky to get to work on a case like this once in a lifetime. You never win a nationwide case against the president.’ ”

“New School,” April, mistakenly implies that the San Francisco Affirmative Litigation Project was recently founded. The clinic, a collaboration between Yale Law School and the San Francisco City Attorney’s Office, opened in December 2006. The article also should have reported that the state court ruling that resulted in a $1.1 billion judgment against lead-paint manufacturers occurred in 2013. The Journal regrets the errors.


This article was published in the April 2018 issue of the ABA Journal with the title "New School: Founded by Yale Law School and the San Francisco city attorney, a civil litigation clinic aims to train law students—and make a difference."