Texas lawyers may use competitors’ names in keyword marketing 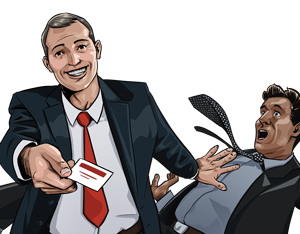 As more potential clients search for attorneys online, lawyers are finding new ways to gain a competitive advantage in advertising.

One strategy is to employ techniques to ensure that the lawyer’s name will appear on the first page of search-engine results.

Search-engine companies allow lawyers to buy specific words or phrases—called keywords—that will cause their names and ads to pop up when prospective legal consumers use them. Keywords are not sold exclusively to one user, so the same keywords may be used by a number of advertisers.

In a process known as competitive-keyword advertising, a lawyer will buy the name of another lawyer or firm as a keyword. As a result, the name of Lawyer A and, perhaps more important, a link to Lawyer A’s website, will be displayed on the search engine’s results page anytime a potential client calls up Lawyer B’s name using the search engine, even if Lawyer B did not authorize Lawyer A to use Lawyer B’s name as a keyword.

This kind of keyword-based advertising might seem like marketing hardball. But the real question for lawyers is whether the practice violates any ethics rules.

Only a few states have tackled that issue. The Professional Ethics Committee for the State Bar of Texas posed this question in its Opinion 661, issued in July: “Does a lawyer violate the Texas Disciplinary Rules of Professional Conduct by using the name of a competing lawyer or law firm as a keyword in the implementation of an advertising service offered by a major search-engine company?”

The committee concluded that lawyers do not violate the Texas rules when they use the name of a competing lawyer or law firm as an advertising keyword.

The committee also cautioned that a lawyer’s statements in the ads “must not contain false or misleading communications and must comply in all respects with applicable rules on lawyer advertising.”

While Texas’ disciplinary rules do not specifically address the issue of keyword advertising, the committee considered it in the context of two rules that relate to advertising generally. Rule 7.01(d) states that a lawyer “shall not hold himself or herself out as being a partner, shareholder or associate with one or more other lawyers unless they are in fact partners, shareholders or associates.” And Rule 7.02(a) prohibits a lawyer from engaging in “a false or misleading communication about the qualifications or the services of any lawyer or firm.”

(The ABA Model Rules of Professional Conduct also prohibit false or misleading communications by lawyers in their advertising, but the Model Rules do not have an equivalent provision to Texas Rule 7.01(d). While the states generally follow the substance of the Model Rules, lawyer advertising is a key area in which they tend to develop their own rules.)

The opinion concludes that under “normal circumstances,” a lawyer’s use of a competitor’s name as a keyword does not violate either Rule 7.01(d) or Rule 7.02(a)(1).

“The advertisement that results from the use of Lawyer B’s name does not state that Lawyer A and Lawyer B are partners, shareholders or associates of each other,” the opinion states. “Moreover, since a person familiar enough with the internet to use a search engine to seek a lawyer should be aware that there are advertisements presented on webpages showing search results, it appears highly unlikely that a reasonable person ... would be misled into thinking that every search result indicates that a lawyer shown in the list of search results has some type of relationship with the lawyer whose name was used in the search.”

The Texas opinion also determined that a lawyer’s use of a competitor’s name as a search-engine keyword does not violate Rule 8.04(a)(3), which prohibits a lawyer from engaging in conduct “involving dis-honesty, fraud, deceit or misrepresentation.” (This rule is identical to Paragraph (c) of ABA Model Rule 8.4.)

But an ethics opinion issued by the North Carolina State Bar applies the opposite interpretation of its version of Rule 8.4 to support its finding that a lawyer’s use of a competitor’s name in keyword advertising violates the North Carolina Rules of Professional Conduct. “Dishonest conduct includes conduct that shows a lack of fairness or straightforwardness,” states 2010 Formal Ethics Opinion 14, which was adopted by the council of the North Carolina bar in April 2012. “The intentional purchase of the recognition associated with one lawyer’s name to direct consumers to a competing lawyer’s website is neither fair nor straightforward.”

Several ethics experts agree that the Texas opinion reaches the better conclusion, even while acknowledging that the use of a competitor’s name in keyword advertising gives rise to a bit of unease.

“I am conflicted regarding whether the lawyer conduct described in this opinion is sneaky conduct or whether it is just savvy advertising,” says Meredith J. Duncan, a professor at the University of Houston Law Center who teaches professional responsibility.

“Either way, I do not think that it is false and misleading. ... It is just a means by which to have an advertisement appear on a search-engine result page. As I fail to see how such conduct is dishonest or unfair—the lawyer is not lying or being deceptive about anything—I am much more persuaded by Texas’ treatment of this issue. It can seem a bit sneaky; but at the same time, it strikes me as smart use of the internet to draw attention to one’s firm without crossing any line into dishonesty or misrepresentations or fraudulent conduct.”

Other legal experts agree with Duncan’s assessment. “Just as in other forms of commercial activity ... broadly advertised on the internet, there should be no legal remedy for an attorney whose name is used by another attorney in her/his search-engine advertising,” says Angel L. Reyes III, the founder and managing partner at Reyes Browne Reilley in Dallas. Reyes and Eric Goldman, a professor at Santa Clara University School of Law, co-authored an article, “Regulation of Lawyers’ Use of Competitive Keyword Advertising,” published in the Illinois Law Review in March.

“As the Texas opinion ably demonstrates, there is certainly no prima facie confusion in the consumer’s mind, so the attorney who complains about competitor-keyword advertising really seeks nothing more than to have someone—i.e., a state bar—shield them from competition and help create or fuel a monopoly or oligopoly,” Reyes says. “Competitive-keyword advertising has long been used by other businesses or individuals. In this instance, the legal field should be no different, and no special legal remedies should be afforded to lawyers or law firms who complain of such advertising.”

Texas and North Carolina are not the only jurisdictions to examine the issue. In March 2013, the Standing Committee on Advertising of the Florida Bar approved an advisory opinion that found the practice of competitive-keyword advertising to be “inherently misleading.” But the bar’s board of governors vacated the opinion.

Meanwhile, some law firms haven’t taken too kindly to the practice and have filed lawsuits against rival firms. In Wisconsin, personal-injury firm Habush Habush & Rottier sued Cannon & Dunphy in 2013, when the rival firm bought its name under the state’s invasion of privacy statute. A state intermediate appellate court ruled in Habush v. Cannon that the state’s privacy law “does not cover bidding on someone’s name as a keyword search term.”

In such a case, Duncan says, “I don’t know of any cause of action that would be appropriate for this factual situation. If it doesn’t implicate privacy considerations or other tort actions, I don’t see what remedy should be available.”

moving to the forefront

The growing acceptance of competitive-keyword advertising does not surprise Ellen Murphy, a professor at Wake Forest University School of Law who teaches contemporary ethics.

“I think this is another example of technology outpacing regulation,” she says. “I also think this is inevitable. Otherwise, we are going to regulate specific platforms and specific functions on particular platforms. It is too inefficient to try to regulate each and every technological advancement.”

Duncan predicts that more states will address the competitive-keyword advertising issue. “I imagine this will come up more frequently, especially because North Carolina and Texas have reached opposite conclusions in considering an identical scenario,” she says.

This article originally appeared in the November 2016 issue of the ABA Journal with this headline: "Keyword to Success: Texas opinion says lawyers may use a competitor’s name to gain an advantage when they advertise online."