Seeking The ‘New Perfect’: Survey of Female Lawyers Highlights Their Struggles and Skill 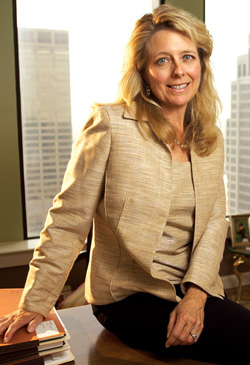 To strike a satisfying balance between work and family, lawyers must learn when to pursue perfection—and when a little less will do. That’s what we discovered in our nationwide survey of 905 working mothers for our book, Good Enough Is the New Perfect: Finding Happiness and Success in Modern Motherhood. In our survey sample, which included 146 female lawyers, the “constant need to be the best” emerged as the single greatest obstacle to juggling career and family, outranking financial pressures, inflexible bosses and husbands who didn’t contribute enough at home.

The lawyers we surveyed had a harder time easing up than other working moms: About three-quarters reported their ability to juggle work and motherhood was hampered by a constant “need to be the best at everything.” That compares with about two-thirds of the overall sample.

Lawyer moms were just as likely to complain about their husbands’ contributions at home. But more than half of the female lawyers reported difficulty delegating responsibility (compared with about 38 percent of the overall sample).

But perfectionism doesn’t have to be a hindrance for women or men, says Robert Chender, 58, a counsel at Seward & Kissel and director of the New York City Bar Association’s Contemplative Lawyers Group, which focuses on applying meditation practice to the law.

“The anxiety that is really endemic in law practice, it’s anxiety about ‘How am I doing at work?’ It’s anxiety about difficult colleagues. It’s anxiety about going into court, anxiety about the kinds of cases we’re working on,” says Chender, a meditation teacher who has taught continuing legal education sessions on managing stress. “So you become a perfectionist because you want everything to be perfect so your anxiety can reduce.”

The trick for lawyers, he says, is becoming aware of their emotions. It comes down to the difference between letting anxiety be your master or mastering the anxiety so your efforts are being channeled in an effective way.

“In some cases, you do need to get the best possible result; you do need to look under every rock because it’s a matter of life and death,” Chender says. “You have to be able to tell when it’s appropriate and when it’s not.”

Managing her take on perfect has been a boon for Louisville, Ky., health care services attorney Carole D. Christian, who has worked full time since becoming a mom more than 17 years ago. Christian, a partner at Wyatt, Tarrant & Combs, has become adept at knowing when to pull out all the stops and when to let it go.

“If you told my kids I was perfectionist, they would laugh in your face,” says Christian, 49. “I decided early on it’s too much work to try to be perfect at home. And I think I’m a better mother [because] my kids see my weaknesses. … I don’t try to pretend I’m a good housekeeper. I don’t try to pretend I put nutritious meals on the table every night.”

In our research, working mothers who described their attitude as wanting to be “good enough and happy both at work and home,” were more satisfied with their choices, less likely to describe their marriages as “a disaster” or “not very good” and far less likely to report being stymied by pressure to be the best. And those who remained in the same professions after becoming mothers were just as likely to advance in their careers.

Their secret wasn’t that they’d decided to settle or slack off. They’d simply adjusted their expectations to better fit their own priorities.

“In some ways I’m a perfectionist and always will be,” Christian says. “Sometimes you have to be. If you’re filing a brief with the court of appeals or the supreme court, you have to be perfect.”

But she says that understanding her priorities has made it easier to switch gears.

“Over time you get better at doing things without obsessing,” she says. “That’s the beauty of age and experience. And you also confront that there are limits to what you can accomplish.”

In print and early Web versions, the photo accompanying “Seeking the ‘New Perfect',” July, should be credited to John Bragg.

Lawyer Wellness | Careers | Women in the Law | Business of Law