Should a Case Go Webwide? 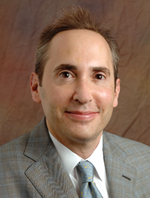 Shortly after oral arguments before the Philadelphia-based 3rd U.S. Circuit Court of Appeals, a marketer for the defense attorney launched a website dedicated to the wrongful-conviction appeal that included everything from court filings to information about the lawyer.

The site has received more than 3,400 visitors since April, showing how a case-specific website can help raise the profile of smaller firms, according to Richard Lavinthal, owner of PRforLaw, a Morrisville, Pa.-based legal media relations consulting firm. He developed the site for New York City solo attorney Timothy J. McInnis.

But such webpages raise concern among some legal ethicists and marketers, who say the sites could violate rules of professional conduct. Some also argue the marketing tool is inappropriate for a lawyer.

Law firms have used private, case-specific websites to keep clients updated on case developments, particularly in class action suits that can involve thousands of plaintiffs, says Larry Bodine, a legal marketing expert based in Glen Ellyn, Ill., and former editor and publisher of the ABA Journal. But public, case-specific sites appear to be less common, though there’s no way to track how many are present, according to legal media experts. Plaintiffs attorneys have used them for class actions with the hope they can gather more plaintiffs and build a stronger case. Launching one for a specific case that isn’t a class action suit is more unusual.

Some legal marketers say challenging economic times make it critical for lawyers to raise their profiles, and the Internet is an extremely effective tool.

“For attorneys,” says Jennifer Manton, president of the Legal Marketing Association and chief marketing officer for Loeb & Loeb, “continuing to build your own personal brand in whatever area of law you are working in is absolutely important.”

But legal ethics professors warn that websites created for ongoing cases could be wrought with thorny issues and potentially violate the ABA’s Model Rules of Professional Conduct pertaining to extrajudicial comments, advertising and solicitation.

“For me it’s sort of a mélange of those three areas,” says David Zarfes, associate dean and director of the ethics program at the University of Chicago Law School.

For example, ABA rules on trial publicity say a lawyer should not make an extrajudicial statement he or she knows will be disseminated to the public that could prejudice the hearing.

“What it does is make [it] an ethical violation for lawyers involved in the litigation to make statements outside the proceedings that a reasonable person would think would be disseminated by public communication by putting it on a website,” Sammons says. “That has to be balanced against First Amendment concerns, but the bottom line of the case law is that while restrictions on trial publicity are subject to scrutiny, there is a compelling state interest in the right to a fair trial.”

Ethics experts say it’s critical to obtain client permission to launch such a site. Even if a client agrees, the attorney runs the risk of turning off potential clients who would prefer that their cases not receive publicity, according to Tom Kane, who writes Legal Marketing Blog.com and is president of Kane Consulting in Sarasota, Fla. “So it might backfire,” he says.

And then there’s the issue of upsetting a judge who may not look fondly on such a site.

“You may be able to get away with it, but what good does it do you if you’ve made a judge furious at you,” Bodine says. (McInnis won the appeal for client Paul Kamienski, and the 3rd Circuit ordered the conviction vacated and expunged on June 16, 2009. Prosecutors have filed for cert before the U.S. Supreme Court.)

Lavinthal, who advises clients to vet the sites to ensure they comply with ethics rules, believes they are an effective tool. The websites can disseminate information about a case, give small firms an international presence and position them as references for future news stories.

After all, he says about the Net, “it’s got longevity.”