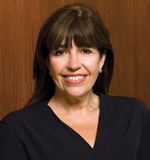 Although public opinion polls showed the country nearly evenly split on the Obama administration’s health care reform plan, as the March vote neared, media coverage suggested the majority of the population was overwhelmingly opposed to the proposal.

This perception could have cost the Democrats necessary votes in Congress. Yet how was the disparity between hard fact and popular perception allowed to take root in the first place?

“The answer is a failure to communicate the facts effectively to the American people by the Obama White House and the Democratic Congress,” says a new legal crisis management blog. In other words, when it came to media relations, the Dems dropped the ball.

Launched by McDermott Will & Emery, Legal Crisis Strategies aims to provide advice on “preventing, managing and ending a crisis while protecting a company’s reputation and limiting its legal liability.”

“If you don’t get your message out first and repeat it over and over again—containing facts, facts, facts, and not vanilla rhetoric—then the other side will, and in crisis management you never get a second chance to make a first impression,” wrote blog editors Eileen M. O’Connor and Lanny J. Davis.

As news coverage of the regulatory and legal arenas increases through social media, the entire landscape of risk management has changed for clients and lawyers.

With the 24-hour mainstream news cycle—and armies of bloggers and Twitter users poised to report breaking news and rumors at a moment’s notice—cases are no longer litigated in private, and spurned media requests may do more harm than good.

“Too often, lawyers will say ‘no comment,’ and because people don’t understand the facts, a company’s reputation is trashed by the time the case goes to trial,” says O’Connor. “The blog will try to help explain to people ways to minimize legal risk and mitigate damage while appeasing the marketplace and stakeholders.”

One suggestion offered is to work with trusted reporters to draft a predicate story, which lays out the good, the bad and the ugly in one place and serves as a baseline for subsequent media coverage. Other posts detail the art of successful apologies and provide guidance when the New York Times is about to unveil your company’s secret merger talks.