Some lawyers have baked their political views into their firms' DNA 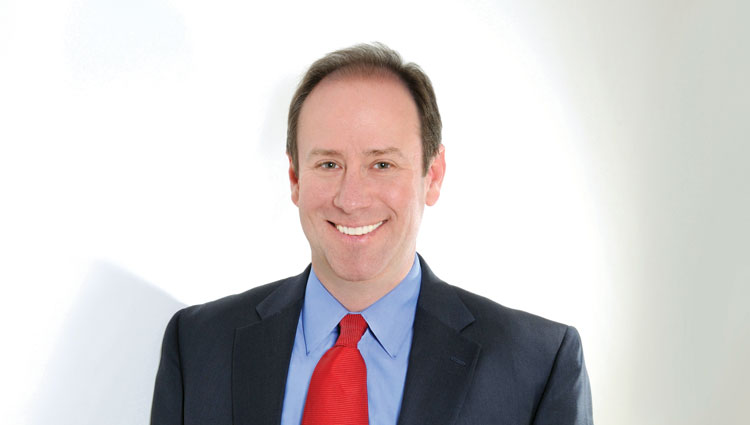 It’s long been acknowledged that politics should be a topic avoided on dates, at family gatherings and at work.

But for some attorneys, being political has become part of their business model.

Daniel Uhlfelder, a Florida attorney, saw his Twitter followers climb from 400 in December to more than 100,000 in April after tweeting about former Arkansas Gov. Mike Huckabee, who wanted to keep the public off the beach in front of his Florida home. Uhlfelder, who had been representing Florida Beaches for All, argued against Huckabee’s requests and mocked him. Huckabee responded by filing a complaint with the Florida Bar against Uhlfelder, giving the latter more notoriety and fame.

“I’ve been someone that’s been involved in politics and activism, so it’s part of who I am,” Uhlfelder says. “If you don’t stand up or speak up, you’re not doing your job as a citizen.”

Despite living in Florida, which is a politically divided state, Uhlfelder says like-minded clients have told him

they hired him because they believe he’s a zealous advocate for what he believes in. Additionally, he says he’s gained business because of his political views, both before and after the Huckabee spat.

On the other hand, when it was reported in February that he had parted ways with Florida Beaches for All and another client, Dragonfly Sky, it immediately led to speculation that it was due to political reasons. Uhlfelder says the split was for other reasons, while Dave Rauschkolb, the head of both entities, told the Northwest Florida Daily News it was amicable while emphasizing he was “singularly focused on a nonpartisan effort.”

Potentially losing clients over his political views was something Luke Malek, co-founder of Smith & Malek in Idaho, considered very seriously.

Malek, a former Idaho state representative, says owning a business has caused him to think carefully about his public positions.

“Every time I take a political stance, I know that I run the risk, even the probability, that I may lose or harm a valued relationship,” says Malek, who is a Republican. 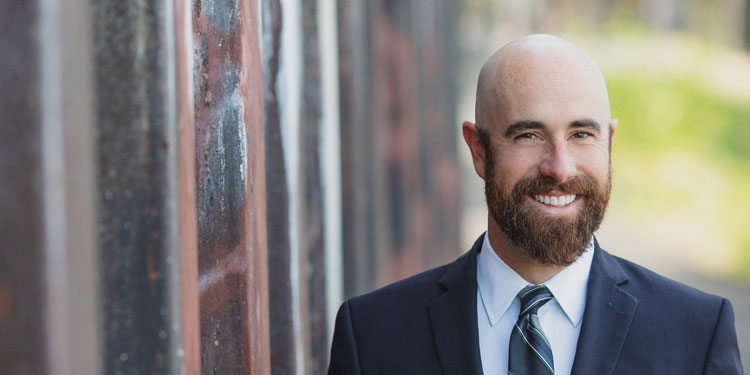 Luke Malek says his firm has lost clients because of the political positions he’s taken. Photo by Brady Campbell Photography

Malek says his firm has lost clients because of the political positions he’s taken, and a few other clients have expressed anger and frustration. The flip side, he says, is that the firm has attracted new clients and developed strong relationships with new and existing ones. He also credits his experience performing constituent services with helping him build relationships with clients.

Meanwhile, Jeremy Peter Green, founder and managing attorney at JPG Legal, a trademark firm with a four-person practice in Brooklyn, New York, believes it’s better to have clients who align with his political views rather than being forced to defend clients he doesn’t agree with personally.

Green, who regularly hosts Democratic Socialists of America events and political fundraisers in his office, is very open about his beliefs. He even goes so far as to hint at his politics when he lists job openings so applicants know what they’re getting into.

“A few of my clients mention that they like my politics, and maybe a few also decide not to hire me because of it,” Green says. “One of the best things about running your own business should be that you don’t have to worry so much about openly being yourself.”

Green’s thinking is indicative of much of the country, where Americans appear to increasingly want to work with others who share their values. A 2016 study by researchers at Wellesley College in Massachusetts and the University of Kansas found that rather than being attracted to those who have oppositional values, we’re drawn to like-minded people.

“You try to create a social world where you’re comfortable, where you succeed, where you have people you can trust and with whom you can cooperate to meet your goals,” says Chris Crandall, a psychology professor at the University of Kansas and co-author of the study. “To create this, similarity is very useful, and people are attracted to it most of the time.”

But is this applicable to the work-place?

On the one hand, you need to worry if clients are dropping you because of your politics, says Joseph Hoelscher, managing attorney with Hoelscher Gebbia Cepeda in San Antonio.

In his office, there is a policy that lawyers are entitled to their beliefs, and they are welcome to advocate publicly for what they stand for (Hoelscher, for example, has frequently tweeted about his affection for former presididential candidate Bernie Sanders), but firm resources can be used for politics only after a partner vote.

However, Hoelscher says the members of his firm made the decision to be open advocates for certain causes because they believe in them. These include marijuana legalization, criminal justice reform and child welfare issues.

“From a business perspective, we figured that raising our profile wouldn’t hurt our firm because the causes we advocate are aligned with our practice,” he says.

In this office is a policy that lawyers are entitled to their beliefs and are welcome to advocate publicly for what they stand for (Hoelscher has frequently tweeted about his support for former presidential candidate Bernie Sanders, for example), but firm resources can be used for politics only after a partner vote.

However, Hoelscher says the members of the firm decided to be open advocates for certain causes because they believe in them. These include marijuana legalization, criminal justice reform and child welfare issues.

“From a business perspective, we figured that raising our profile wouldn’t hurt our firm because the causes we advocate are aligned with our practice,” he says.

This article appeared in the June/July 2020 issue of the ABA Journal under the headline: “Touching the Third Rail: Some lawyers have baked their political views into their firms’ DNA.”