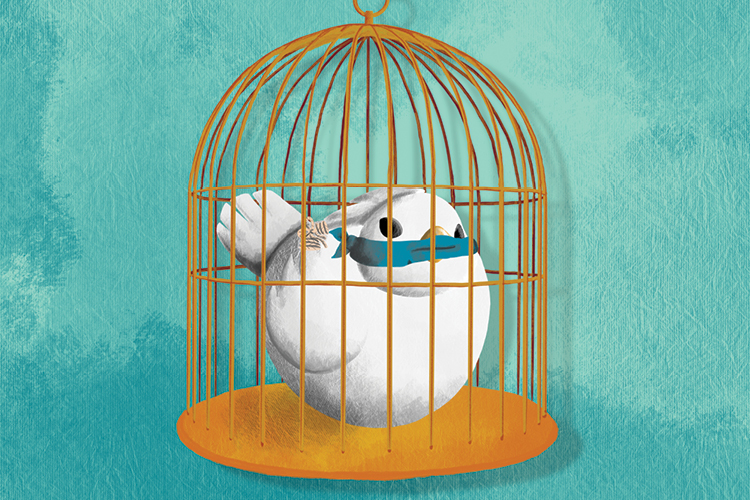 Litigation continues over these state laws that regulate social media platforms’ ability to moderate content. Supporters of these laws contend that at least some larger social media platforms have engaged in invidious censorship of conservative viewpoints, depriving the public of the full panoply of perspectives.

The social media platforms counter that the laws are a clumsy attempt to regulate the protected speech and expression choices of private companies—including their First Amendment right to engage in editorial discretion. They also say that these laws are preempted by Section 230 of the Communications Decency Act, which provides a great deal of immunity to online service providers, often insulating them from liability for third-party posts.

The Florida law—called the Stop Social Media Censorship Act—was proposed by legislators after former President Donald Trump was banned from social media outlets, most prominently Twitter. “This session, we took action to ensure that ‘We the People’—real Floridians across the Sunshine State—are guaranteed protection against the Silicon Valley elites,” Gov. Ron DeSantis said upon his signing of the measure into law in May 2021. “Many in our state have experienced censorship and other tyrannical behavior firsthand in Cuba and Venezuela. If Big Tech censors enforce rules inconsistently to discriminate in favor of the dominant Silicon Valley ideology, they will now be held accountable.”

A similar measure passed in Texas with support from Gov. Greg Abbott, who penned a September 2021 piece in the Washington Post about it. “The need for this law has been apparent for years, as our country’s public square has become increasingly controlled by a few powerful companies that have proved to be flawed arbiters of constructive dialogue.”

NetChoice and Computer & Communications Industry Association, trade associations with many social media platforms as members, filed lawsuits challenging both the Florida and Texas laws. They press the point that the legislation empowers the government to regulate the content moderation decisions of private companies—something usually viewed as forbidden under the First Amendment.

For example, in their lawsuit against the Texas law, the complaint reads that the law “will impose operational mandates and disclosure requirements designed to prescriptively manage—and therefore interfere with and chill—platforms’ exercise of editorial discretion.”

The cases present the interesting question of whether the government can regulate the social media content moderation and curation decisions of these private companies that control much access to speech in the modern world.

So far, the courts are not uniform, and a circuit split has emerged.

Both a federal district court and a three-judge panel with the Atlanta-based 11th U.S. Circuit Court of Appeals, at least for now, have enjoined enforcement of much of the Florida law, ruling that several provisions likely violate the First Amendment.

“Social media platforms like Facebook, Twitter, YouTube and TikTok are private companies with First Amendment rights,” the 11th Circuit wrote. “More particularly, when a platform removes or deprioritizes a user or post, it makes a judgment about whether and to what extent it will publish information to its users—a judgment rooted in the platform’s own views about the sorts of content and viewpoints that are valuable and appropriate for dissemination on its site.”

The 11th Circuit added that the U.S. Supreme Court “has repeatedly held that a private entity’s choices about whether, to what extent, and in what manner it will disseminate speech—even speech created by others—constitute ‘editorial judgments’ protected by the First Amendment.”

It favorably cited the Supreme Court’s 1974 decision in Miami Herald v. Tornillo, which examined whether a Florida law requiring newspapers to give political candidates a right to reply to adverse editorials invaded the protected province of newspapers’ editorial judgment.

“Tornillo made it clear nearly 50 years ago that when it comes to print newspapers, editing is for editors—not the government—no matter how biased their editorial choices may seem,” says Clay Calvert, the Brechner Eminent Scholar in Mass Communication and Director of the Marion B. Brechner First Amendment Project at the University of Florida. “Print newspapers simply cannot be compelled to host content that the government demands. Print newspapers have an unenumerated First Amendment right not to speak.”

The Texas law met a similar fate on Dec. 1, 2021, when a federal district court judge granted a preliminary injunction against enforcing it. The judge reasoned that the law violated the First Amendment and imposed “unduly burdensome disclosure requirements on social media platforms.”

But the New Orleans-based 5th U.S. Circuit Court of Appeals reversed in its Sept. 16 decision in NetChoice v. Paxton.

“Today we reject the idea that corporations have a freewheeling First Amendment right to censor what people say,” Judge Andrew S. Oldham wrote for a three-judge panel. “The platforms operate ‘the modern public square’ … and it is they—not the government—who seek to defend viewpoint-based censorship in this litigation.”

Calvert says the circuit split virtually guarantees the Supreme Court will hear at least one of the NetChoice cases. “Florida petitioned the court in September to consider the 11th Circuit’s ruling against it, so the issue is teed up and ready to go.”

These cases raise the question of whether and to what extent the government can regulate social media platforms when it comes to their speech and editing decisions. In April 2021, Justice Clarence Thomas in a concurring opinion in Biden v. Knight First Amendment Institute suggested that such platforms might be regulated similarly to how the government regulates common carriers like utilities.

“Today’s digital platforms provide avenues for historically unprecedented amounts of speech, including speech by government actors,” Thomas wrote. “Also unprecedented, however, is the concentrated control of so much speech in the hands of a few private parties. We will soon have no choice but to address how our legal doctrines apply to highly concentrated, privately owned information infrastructure such as digital platforms.”

Thomas later explained that “there is clear historical precedent for regulating transportation and communications networks in a similar manner as traditional common carriers.”

Legal experts are divided on whether social media platforms can be appropriately analogized to common carriers. For example, UCLA law professor and free speech expert Eugene Volokh writes in his law review article “Treating Social Media Platforms Like Common Carriers?” published in the Journal of Free Speech Law: “When ‘dominant digital platforms’ have the power ‘to cut off speech,’ we should be as concerned about that power as we are about, say, government power to exclude people from limited public forums.”

But others reject the analogy. “Social media companies are not common carriers because they establish, revise and actively enforce policies about what speech will not be tolerated on their platforms,” Calvert says. “Such content moderation and content banishment practices amount to social media companies exercising editorial control and discretion over speech.”

“Social media platforms aren’t ‘carriage.’ They do not simply transport interchangeable things from point A to point B. They are fundamentally expressive and differing modes of presenting and arranging broadcasted information—which makes them different than a telegraph or telephone in every meaningful way.”

This story was originally published in the December 2022-January 2023 issue of the ABA Journal under the headline: “Make No Law? State laws targeting social media platforms face First Amendment challenges.”