Still There in the Ashes 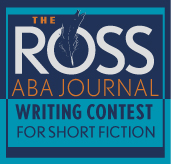 Bryn Rinaldi went to jail at 9 a.m. every Tuesday. Some weeks she had to stay until at least 5 or 6 o’clock. Weekends saw a huge number of arrests for this county, and she became the appointed public defender for new clients at the initial appearances on Monday. Today, though, she only had to meet with five people, which was good because she had preliminary hearings this afternoon and a meeting with the DA after that.

As she drove through the winding mountain roads, she called her colleague Justin. He primarily handled juvenile cases for their office, but yesterday he’d volunteered to appear in court and observe the initial appearances from the weekend arrests. Three of the clients Bryn was meeting had been denied bail and she wanted to see if Justin knew why.

“It was Judge Kerry at the bench,” Justin told her.

There were three judges who handled criminal cases in this county. Judge Kerry was known to be the toughest, especially on drug offenses. “Was that the only reason?”

“Everyone who didn’t get bail was coming down from their last high. You know Kerry. He thinks if he lets them on the street, they’ll OD before their next appearance.”

She had figured that was it but wanted to do her due diligence in checking. “OK. Just making sure none of them went crazy up there and went off at the judge like that guy last month.”

“No such luck,” he said. “But if you want some action, you’re welcome to take my Thursday juvie court hearings. Those get wild.”

“Three. All kids caught dealing at the high school. You might as well get to know them now, since you’ll probably be the one representing them a few years down the road.”

Bryn frowned at the heaviness in his voice. Justin had only been out of law school for a few years, but people burned out fast in the public defender’s office. Every new lawyer came in with a fire in their belly, but any country kid could tell you that a flame didn’t last without the right kind of kindling, and three years of drug addicts couldn’t sustain many lawyers for long. “Before you go in today, check the paper. The juvenile detention center had their winter graduation on Sunday. I bet you’ll see some former clients in there.”

Bryn let him go, in part because she knew she was about to lose cellphone service. Torrance County was in the mountains of Central Pennsylvania. It used to be a mining town, but the coal business had dried up a generation earlier.

Like many small depressed towns, it had been hit hard by the opioid crisis. There had always been a drug problem here, but in the past decade it had spiraled out of control, as the mines shut down and the farms stopped being profitable. Soon people only had what was colloquially referred to as the “triple-H” for entertainment: hunting, high school football and heroin. Sometimes it seemed like this place where Bryn had grown up was a slowly deflating balloon, leaking human life in an endless, weary stream.

Bryn hadn’t planned to be a public defender. Following law school, she’d been all set to accept a BigLaw offer at a firm in Philadelphia, but during her 3L year her mother’s health had sharply declined. Bryn came home to Torrance to take care of her, accepting the job in the public defender’s office as a temporary solution.

Five years later, here she was.

The county jail was tucked away in the mountains, though nobody in the county ever forgot it was there. There were frozen piles of snow shoveled up to the edges of the parking lot, black with coal dust. They were a permanent fixture in Central Pennsylvania from November to April. So far, the winter had been a bad one in every possible way. At least the day was right for a jailhouse visit. In January, you could always count on Central Pennsylvania to deliver the kind of weather that made you long to be cozily behind bars.

Bryn checked her reflection in the rearview mirror before she got out of the car. A few of the clients she would meet today were first-time arrests. She always made sure she looked polished for people who had never worked with a court-appointed lawyer before, since a lot of them thought that equaled incompetence. “Are you even a real lawyer?” she’d been asked more times than she could count.

Once that had hurt her pride. By now, she knew that she wasn’t just a real lawyer: She was a good one. Bryn and her colleagues had dealt with hundreds of drug cases; had gotten countless people through drug court and in-jail treatment plans. They were overworked and underpaid, but so was everyone else in Torrance.

Inside, the guards led her to the little conference room where she met her clients. “Mitchell really wants to see you,” one of the guards told her. “She’s been bugging us to let her call you all weekend. Do you want her now?”

Bryn shook her head. “I’ll see her last,” she said. She felt bad about it, but Eleni Mitchell was going to take a lot of her. Bryn wouldn’t have anything left in the tank for her other clients if she saw Eleni first.

She was meeting with five people this morning. Not all her clients were addicts, but the majority, including the five she would see today, were. Three of them were former clients who had been arrested again. Recidivism was a hallmark of the drug epidemic. The criminal justice system tended to keep a hold on addicts, drawing them back in until they either got clean or ran afoul of a mandatory minimum that put them away for years.

Her first two clients were repeaters, resigned to seeing Bryn again and reasonably aware of what would be expected from them in the coming weeks. The third woman, Jasmine, was trickier. Though she hadn’t been arrested before, she knew the system from seeing friends and family members go through it. “You can get me into drug court, right?” she asked, eyes locked on Bryn’s with a jittery intensity.

“We could try that,” Bryn said carefully. Torrance County had instituted drug court four years earlier. It was an alternative to the traditional process, focusing on treatment and rehabilitation over incarceration, with the participants allowed to participate in the program so long as they stayed clean. Bryn liked it because it because there was a determined, collaborative feel to it; everyone working together to actually help someone better their lives. But it could be exhausting for her, too. Sometimes it felt like shoving her clients out alone onto a high-wire, watching them breathlessly as they tried not to slip. “Drug court can be tricky. It requires a lot of effort from you. The judge who runs it is tough, and she doesn’t like it when people quit on her.”

A lot of people thought drug court was a way to game the system. Bryn’s gut told her that Jasmine was a terrible candidate for the program. She would probably begin, fail and wind up in prison anyway. People who failed drug court in this county had a higher rate for rearrest than people who just went through the criminal court system on their first offense. But Jasmine was stubborn. She knew that on paper she was a good candidate for drug court, and that’s what she wanted Bryn to get for her.

Most days, this was the hardest part of her job. Was she supposed to fight for what her client wanted or what her client needed? Whenever the question popped up in her head, she scolded herself: ‘Who are you to know what they need better than they do?’

“My boyfriend is taking care of it today.”

“OK. I’ll talk to the district attorney. If she agrees, we’ll ask the judge at your preliminary hearing to transfer you to the jurisdiction of the drug court.” Jasmine’s eyes were glazing over as Bryn spoke. Most people didn’t feel a need to understand the details of the system. Navigating it was the lawyer’s job.