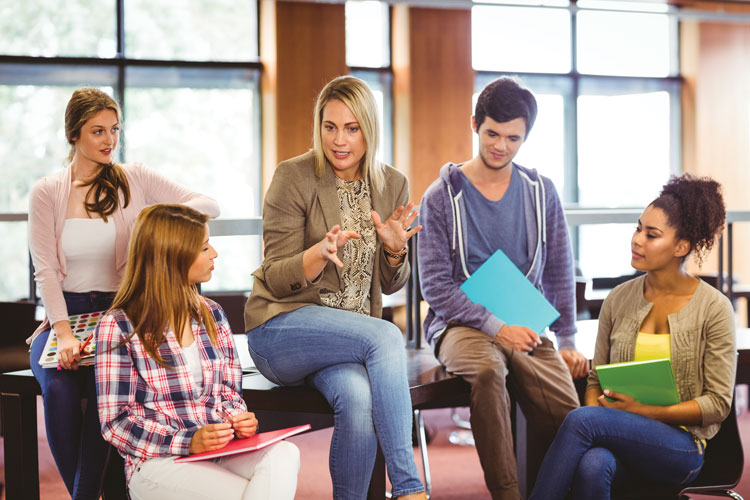 The New Voices movement, which seeks the passage of state laws providing greater free-expression protections for student journalists at both the high school and college levels, now has the support of the American Bar Association.

In August, the ABA House of Delegates endorsed a resolution that “urges all state, local, territorial and tribal legislative bodies to enact statutes and school districts to adopt” policies that safeguard student journalists from censorship.

The resolution also would protect school advisers from retaliation for defending student journalists. It emphasizes that “criticism of government policies or programs, or the discussion of issues of social or political controversy, is protected speech in journalist media, regardless of the medium’s school affiliation or sponsorship.”

“It seemed a natural fit to ask the American Bar Association to take a stand in support of this basic constitutional freedom and the educational value to students that goes with it,” says Stephen Wermiel, co-chair of the First Amendment Committee in the ABA’s Section of Civil Rights and Social Justice and a constitutional law professor at American University’s Washington College of Law.

“The validation of the ABA is incredibly meaningful because it broadens the coalition coming together to say that protecting journalism in schools is a matter of civic urgency,” says Frank LoMonte, director of the Brechner Center for Freedom of Information at the University of Florida.

“We’ve already had enthusiastic buy-in from the Society of Professional Journalists, the American Society of News Editors and others knowledgeable about the teaching and ethical practice of journalism,” LoMonte says.

“To have the most authoritative voice of America’s legal community joining that chorus makes it clear that censorship is not a ‘journalism problem’ but a fundamental concern for all those who care about human rights and informed civic participation.”

The New Voices movement started as a brainchild of LoMonte’s during his time as executive director of the Washington, D.C.-based Student Press Law Center, where he worked from 2008 to 2017. New Voices emphasizes the need for such statutory protections in light of the U.S. Supreme Court’s 30-year-old decision in Hazelwood School District v. Kuhlmeier.

The 1988 case gave high school principals strong authority to censor school-sponsored student speech. In Hazelwood, the court reasoned that school officials could regulate such school-sponsored speech if they had a legitimate pedagogical reason.

Because most student newspapers were considered school-sponsored rather than student-initiated speech, the Hazelwood standard proved to be a bulwark for those seeking to exercise greater censorial authority over young journalists.

“The Supreme Court essentially took the rights of students away and left them the impression that they can’t be trusted or encouraged to do high-quality work without having a thumb on them watching every move they make,” says Cathy M. (Kuhlmeier) Frey, one of three student litigants in the Hazelwood case. Frey now speaks at conferences in support of student rights and the New Voices movement.

“While one might argue that even one instance of censorship is one too many, there have been many cases in which Hazelwood has been used to support administrative censorial actions,” says University of Kansas journalism professor Genelle I. Belmas. “It is difficult to quantify not only the number of censorial events that have taken place under Hazelwood’s purview but, even more so, the number of students who have self-censored out of fear of official action.”

This article was published in the March 2018 issue of the ABA Journal with the title "Raising Up New Voices: The ABA supports greater freedom of expression for student journalists."