Taking Charge of Work and Life

Elizabeth and Will Windsor
Photo by Karen Meyer

Sometimes in the evenings, while her husband watches sports on the flat-screen and her 2-year-old dashes around the family room in his Lightning McQueen pajamas, Elizabeth Stroyd Windsor looks up from her laptop and thinks about her dad.

He, too, was a lawyer who would work in front of the television at night. But he often went back to the office after family time, while Windsor, 33, is instead snug in her black leather Barcelona chair in the Pittsburgh suburbs, connected to her colleagues at Morgan Lewis & Bockius by wireless Internet and BlackBerry.

An employment litigator and pregnant mother of one, Windsor represents a shift in the struggle for work-life balance. She’s part of a new generation of attorneys who are changing what it means to be “at work.”

Savvy and assured, these lawyers are building reputations, then deftly leveraging their clout to get the flexibility they need. Technology has provided a bit of an upper hand, allowing them unprecedented control and creativity in maneuvering the tenuous balance between work and family.

“The lawyers who have the most creative schedules tend to be the most responsive,” says former lawyer Julie Tower-Pierce, author of Staying at Home, Staying in the Law. “It’s so important to their reputations.” 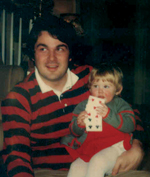 That first step toward control is defining what it means to be successful and then taking an inventive approach, Tower-Pierce says. The second is speaking up.

“Lawyers need to say that it’s 5 and you’re going to your son’s game and that the client will understand. They need to prioritize and mark boundaries in their time to decrease the stigma associated with putting value on family time,” she says.

When Windsor’s father, Arthur Stroyd, started practicing in 1975, long nights at the office were a given. But that’s changing. Increasingly, a lawyer who wants family time but can still deliver the goods expects to have choices.

“As a matter of survival, firms need to understand family obligations,” says Stroyd, a former managing partner at Reed Smith. “The law can be unforgiving at times, but everyone can try to take control of their personal calendars.”

That control takes many forms. Nearly all law firms say they offer part-time schedules, but only 5.4 percent of attorneys were working part time in 2007, according to the National Association for Law Place­ment.

“There’s a lot of mystery behind the part-time route,” says Tower-Pierce. “Some lawyers will think you’re less of a lawyer if you go that way because the law is such an all-or-nothing profession. But why can’t lawyers, who are paid to solve problems, find a way to make this work?”

Attorneys male and female are also taking advantage of the in-house and of-counsel positions that some once viewed as second tier but are now prized for their flexibility, Tower-Pierce says.

Consider attorney Jennifer Long, 37, who is special counsel at the Chicago office of Duane Morris. Long hopped off the partner track at Baker & McKenzie in 2005 amid personal upheaval that included a seriously ill father. Sud­denly, billing 2,100 hours a year didn’t make sense.

“I had a very substantial compensation package and, some years, not enough time to spend it,” she says. “If you feel like you’ve lost the control to schedule your life, you’ve lost control of yourself.”

Now the mother of Anna, who is 18 months old, Long works an 80 percent part-time schedule, which generally involves working 9 to 5 Monday through Friday, and she feels like she’s calling the shots.

Windsor knows the feeling—and can’t imagine life any other way.

“I would be miserable if I had to do all of my billables at the office,” she says. “No one at my office thinks I’m done when I leave. As long as I’m reachable and produce excellent product, no one cares how I need to do it.”

Hollee Schwartz Temple is a professor at West Virginia University College of Law. Becky Beaupre Gillespie is a journalist who has written on work-life balance issues for several major metropolitan newspapers.