Paralegals and legal assistants are taking on expanded duties 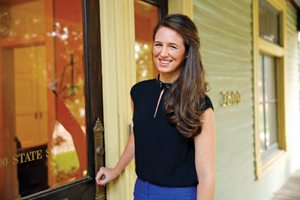 Is time running backward for today's law firm paralegals? These nonlawyer staffers were among the first to be hit with layoffs as the legal practice economy took a dive. According to the 2012 Survey of Law Firm Economics (PDF), law offices averaged 30 paralegals per 100 lawyers in the early 2000s, and by 2012 that average had dipped to slightly more than 20 paralegals per 100 lawyers.
The result, says Karen McElroy—a certified paralegal and legal secretary at DiMuroGinsberg in Alexandria, Virginia, and president of NALS, an association for law office staff members—is that she feels like her job is morphing backward in time to match the responsibilities of Della Street, the jack-of-all-trades assistant to TV lawyer Perry Mason.

"We're going back to the way it was 30 years ago," she says, referring to when she began in the business. "Della Street was really Perry Mason's right arm; she was involved in every aspect of his business and practice," McElroy says. "The '1-1-1'—where one lawyer worked with one secretary and one paralegal—obviously is never going to happen again. But the diversity within those jobs is coming back."

That range of responsibilities is endless, McElroy says, spanning many business functions from accounting to billing to document preparation. Some secretaries, she says, also have roles in marketing, finance and human resources.

Job creep is certainly the case at many smaller firms. Sarah Klein, a legal assistant for the two-attorney firm Broden & Mickelsen in Dallas, handles filings and does preliminary research on legal matters. She expects to expand her role in the firm's marketing.

Each additional task they take on leads to more fuzziness when it comes to defining the roles of paralegals, legal assistants and legal secretaries. "They're becoming hybrid positions," McElroy says.

For paralegals the biggest change may be their transition in becoming the go-to staffers for technology.

"Because of technology, the economy and e-discovery, firms are requiring paralegals to be more technologically advanced," says Robert Hrouda, a registered paralegal at Hangley Aronchick Segal Pudlin & Schiller in Philadelphia and the president of the National Federation of Paralegal Organizations. "They're specifically searching for paralegals with e-discovery skills, including knowing the databases and how to search them, along with the lingo vendors use—like whether databases use single-page TIFFs or load in native. The paralegal has become the liaison for lawyers using trial-prep technology."

It's anybody's guess as to how nonlawyer roles will look a decade from today. The Bureau of Labor Statistics projected that the hiring of legal secretaries and paralegals would grow by 17 percent between 2012 and 2022, which would translate to job growth of 46,200 positions.

"Over the course of the next decade or two, we'll see many support functions within law firms being augmented or replaced by technology or technology-enabled processes," says Randi Mayes, executive director of the International Legal Technology Association in Austin, Texas.

This article originally appeared in the November 2014 issue of the ABA Journal with this headline: "Techno-Change-o: Paralegal, legal assistant duties expand."