Florida requires lawyers to include tech in CLE courses 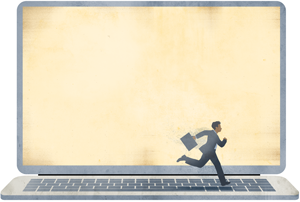 One of the most enduring legacies of the ABA Commission on Ethics 20/20 boils down to a nine-word phrase that was added to the ABA Model Rules of Professional Conduct.

The phrase was added at the recommendation of the commission, which worked from 2009 to 2013 to conduct an in-depth look at the impact of globalization and technology on the Model Rules. The House of Delegates added those words to Rule 1.1, which states: “A lawyer shall provide competent representation to a client.”

But the change was made in the comment to the black-letter rule. The comment states that, to maintain competence, a lawyer should keep abreast of changes in the law and its practice—here come the nine words—“including the benefits and risks associated with relevant technology.”

The states are embracing this change in the meaning of competence with increasing frequency, and in a few cases, are even going beyond the Model Rules. (The Model Rules are the primary basis for binding ethics rules in almost every state, although California sets forth its rules in a different format from the Model Rules.)

In late September, Florida became the 25th state to adopt the revised version of ABA Model Rule 1.1. The amendment to Rule 4-1.1 of the Rules Regulating the Florida Bar also provides that competent representation may involve a lawyer’s association with or retention of a nonlawyer adviser with established technological competence.

Florida, however, decided to go one step further and require its lawyers to take at least three hours of CLE in an approved technology program as part of the 33 total hours of CLE they must take over a three-year period. The amendments were adopted by the Florida Supreme Court.

“Once we made the observation that we needed to get lawyers educated about technology, it was not as tough a sell as we thought it would be,” says John M. Stewart, a partner at Rossway Swan Tierney Barry Lacey & Oliver in Vero Beach, Florida, who helped lead the push for mandatory technology CLE. “We got almost no pushback from the lawyer population. I think they all recognized that tech education in the legal setting is good for their practices.”

THE SEARCH FOR PROFICIENCY

Stewart is unaware of other states that require lawyers to take technology training to meet their CLE obligations. That’s too bad, says D. Casey Flaherty, founder of Legal Technology Assessment, a service for law firms that works in conjunction with the Institute on Law Practice Technology and Innovation at Suffolk University Law School in Boston.

On pre-assessment surveys, about 80 percent of people don’t think they need to or should have to go to training. But according to Flaherty, only 5 percent of users who take the assessments—which cover Microsoft Word, Microsoft Excel and Adobe Acrobat—pass the Word portion on their first attempt.

“We’ve had thousands of people go through Word. Only a fraction of that have taken the Excel and PDF modules. ... People struggle the most with Excel,” Flaherty says. “I always tell people: ‘Don’t worry about your score the first time—worry about it after you take the training.’ Everyone passes after they go through the training.”

On post-assessment surveys, more than 95 percent of people who complete the training say it was worth their time and has helped their day-to-day delivery of legal services, Flaherty says.

These stark numbers tell Flaherty that mandatory CLE is necessary if the legal industry is ever going to reach tech proficiency. “I would prefer to live in a world where there are no mandatory CLEs, but I think people need that impetus,” he says.

Bryan Sims, a member of the Standing Committee on Legal Technology at the Illinois State Bar Association, says it’s important for lawyers to take CLE that would enhance their technological knowledge. But he doesn’t think lawyers should be subject to specific requirements.

“I don’t like to see CLE requirements broken down into a number of different areas where lawyers have to get credits as if they were trying to satisfy a major in college,” says Sims, a Naperville, Illinois, attorney who is a past chair of the committee. “I would like to think we can trust lawyers to take CLEs in areas where they need their education.”

Instead, the Illinois bar focuses more on helping lawyers with their technological needs as they come up, Sims says. “Most of the time, the questions I get are from people who want to do something specific and are trying to solve that with a piece of technology they already have or are looking to acquire,” he says.

The STRUGGLe TO CATCH UP

Katherine Suchocki, director of law practice management for the New York State Bar Association, says she is unaware of any movement within the state to make tech training a mandatory CLE requirement. Like Sims, she says she trusts lawyers to know what courses they should take and points out that New York’s law practice management CLEs often have a technology component to them.

The business side of practicing law in 2017 goes hand in hand with technology, Suchocki says. “They aren’t required, but we’ve seen more people attending these programs. Lawyers know they can’t be behind the ball anymore when it comes to technology.”

To that end, she says the New York bar focuses on helping lawyers be more efficient and works with outside companies to give them the tools they need. The bar has a partnership with Clio, which provides cloud-based law practice management software, and frequently has consultants provide tutorials on programs such as Word. “We recently introduced an estate planning document automation tool that goes beyond the HotDoc model,” Suchocki says. “It concentrates less on style and more on substance, freeing lawyers up to concentrate on lawyering.”

Michigan, on the other hand, is not a mandatory CLE state and has not yet adopted the revised Model Rule 1.1. But Janet K. Welch, executive director of the State Bar of Michigan, says the bar has been actively promoting the use of technology by emphasizing the benefits clients derive from it.

She says, for example, that the bar has worked with CloudLaw Inc. and the state bar groups in Ohio, Illinois and Indiana to create Zeekbeek, an online legal marketplace with searchable directories, verified client reviews and disciplinary history. “A lot of our members are struggling to catch up,” Welch says. “Some of them might not even be aware of how technology can help run their practice efficiently.”

This article originally appeared in the February 2017 issue of the ABA Journal with this headline: "Mandate the Update: Florida is the first state to require lawyers to include technology training in their menu of CLE courses."