The power of my hearing loss 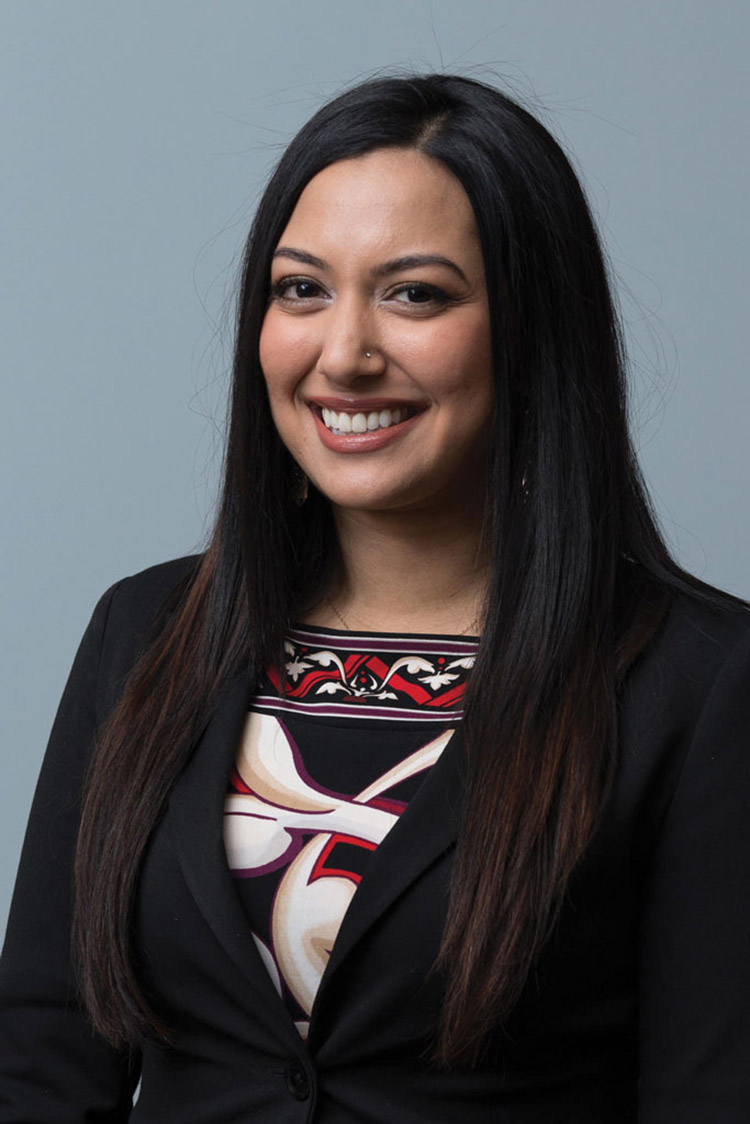 Azeema Akram: “Things soon came full circle: I received the highest grade in the class taught by the teacher who kicked me out of her office and later became her teaching assistant.” Photo courtesy of Azeema Akram

#MyPathToLaw is a guest column that celebrates the diversity of the legal profession through attorneys’ first-person stories detailing their unique and inspiring trajectories.

To many, it may seem ironic that a deaf judge presides over hearings.

Although I navigate the world as a South Asian Muslim woman with hearing loss, seeing my disability as my power is what shaped my path to law.

I was born and raised in Kansas City, Missouri. At age 3, I was curious, well-mannered and loved going to day care. One day, I was playing alone with toys at the back of the room during free time when suddenly I was picked up, carried to the front and plopped into my seat. My teacher scolded me: “Everyone already returned to their seats! Why didn’t you listen to me?” I felt shocked and humiliated. Despite trying so hard to be good and follow directions, I somehow still got in trouble. Eventually, the teacher met with my parents and advised they take me for a hearing test. I was diagnosed with moderate-to-severe bilateral sensorineural hearing loss and needed hearing aids. When I tried on my first pair, I heard sounds I’d never heard before. The world seemed so noisy!

Thanks to the Americans with Disabilities Act, I attended mainstream public schools growing up. I felt isolated in my experience, but I adapted quickly, becoming a skilled lip-reader, reading books voraciously and developing into a strong writer. I wore my hair long, over my hearing aids, and learned how to act like I could hear others when I couldn’t.

I became my own advocate in a high school inexperienced with students’ disabilities. I took charge of my situation, independently organizing meetings with my teachers and suggesting accommodations I knew worked for me. Not everyone was supportive, but I repeated this process over and over until graduation.

College revealed that I was part of a larger community of people with disabilities. At the office for students with disabilities, I was presented with options for reasonable accommodations that I never knew existed. Staff was incredibly informative and supportive—so I applied to work there. While working as an assistant to a coordinator who had cerebral palsy, students who came into his office often talked to me instead of him, even when it was clear that I was there solely to assist him with physical tasks like working on the computer. When I served as an exam scribe to a student who broke his dominant arm at a fraternity house party, I realized that anyone might need accommodations someday.

I decided to pursue law based on my love for reading and writing, along with my self-advocacy experience. I moved to Chicago for law school, where it felt like high school all over again. Most professors were understanding and accommodating; others didn’t believe my disability and refused to make any modifications. In my first week, a professor kicked me out of her office after stating that she couldn’t “do anything about it.” It was a challenging ordeal, and I constantly doubted myself. I spent hours after lecture classes figuring out what I missed in my notes. I faced some peers who perceived me as incapable based on my difficulty hearing them. While clerking for a judge, I noticed that most courtrooms were acoustically terrible, and I worried about my capability to practice law. Things soon came full circle: I received the highest grade in the class taught by the teacher who kicked me out of her office and later became her teaching assistant.

My first job in law school was at a small special education law firm, where I worked on a project involving a listening and spoken-language school for children with hearing loss. When I visited the school, I was in awe of the services and education these children received. The project took me to Washington, D.C., where I met with members of Congress and advocated for early intervention services for children with hearing loss. I also met a deaf attorney for the first time; we laughed about our shared embarrassing experiences of mishearing things and bonded over our similar stories of adversity.

I was lucky to learn from others with disabilities as I transitioned from student to lawyer. I worked with a blind attorney and a hard-of-hearing legislative director early in my career.

In my current role as an administrative law judge, I make it a point to maintain communication access during hearings. It ultimately benefits everyone involved, from the parties to the court reporters. I am attuned to body language and nonverbal cues, giving me the ability to communicate and work with others effectively.

In December, I was sworn into the U.S. Supreme Court Bar Association with nine other attorneys from the Deaf and Hard of Hearing Bar Association. When Chief Justice John G. Roberts Jr. responded to the DHHBA president’s motion for our admission in American Sign Language, stating, “Your motion is granted,” I felt seen and connected to my deaf, hard-of-hearing and hearing peers in the courtroom in such a special way.

On the ADA’s 30-year anniversary, I reflect on how its civil rights protections made my path to law possible, and that my career advancement is built on the quality of my work rather than the fact I have a disability. However, the fight isn’t over.

Everyone has a stake in the fight for people with disabilities—it’s the only marginalized group of which anyone can become a member at any stage of life, either temporarily or permanently. Attorneys with disabilities bring resilience, unique experiences and important perspectives to the practice of law.

My power comes from that which makes me different from others. We must embrace people with disabilities for their unique strengths to promote the change needed to fully realize the purpose of the ADA. In the practice of law, we can ensure the justice system is truly accessible to everyone.

Azeema Akram is an administrative law judge at the Illinois Commerce Commission. She earned her JD from DePaul University College of Law and bachelor’s in international studies/Latin American studies from the University of Missouri-Columbia.