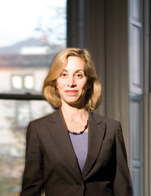 When he dismissed their federal claims last March, U.S. District Judge W. Allen Pepper Jr. was nevertheless pained at the fate of three Mississippi prison officials who claimed retaliation after they reported that a fellow officer had beaten an inmate.

“This court is gravely troubled by the effect of Garcetti upon a factual scenario such as that before the bar,” Pepper wrote. “It allows no federal constitutional recourse for an employee of the state of Mississippi who is fired for reporting a fellow government employee’s misconduct.” Williams v. Riley, 481 F. Supp. 2d 582 (N.D. Miss. 2007).

The court reasoned that Garcetti precluded the First Amendment claims because part of the officers’ job was to report official misconduct.

But the Mississippi case isn’t the only such instance. More than 18 months after Garcetti, lower courts applying the decision have increasingly ruled against public employee plaintiffs who previously might have won.

“Garcetti has sharply curtailed the likelihood of public employees prevailing on a speech retaliation claim against their governmental employer,” says South Texas College of Law professor Charles W. “Rocky” Rhodes, who wrote about the case in the April 2007 William & Mary Bill of Rights Journal. “The reported post-Garcetti cases almost always favor the employer.”

Writing for a 5-4 majority, Justice Anthony M. Kennedy said that such employees “are not speaking as citizens for First Amendment purposes, and the Constitution does not insulate their communications from employer discipline.”

The ruling overturned the long-standing balancing test for public employee free-speech cases, the Pick­­ering-Connick test, named for two of the court’s seminal decisions, Pickering v. Board of Education, 391 U.S. 563 (1968), and Connick v. Myers, 461 U.S. 138 (1983). Under the test, the courts first asked whether an employee was speaking on a matter of public concern or importance, such as government corruption, racial discrimination or—as in the case of teacher Marvin Pick­ering—how school boards allocate their funds between academics and athletics.

If the employee’s speech was more of a personal grievance than a matter of public importance, the employee lost. If the employee met the public-concern requirement, then courts balanced the employee’s free-speech rights against the employer’s interests in an efficient, harmonious workplace. For years, the courts applied the test to resolve public employees’ First Amendment claims.

That changed last year in the case of Richard Ceballos, a deputy district attorney in Los Angeles who alleged he was demoted and otherwise retaliated against for writing a memorandum revealing that a law enforcement official had made false statements on a search warrant affidavit.

Seeking to avoid what it called constitutionalizing workplace disputes, the Garcetti court created an additional hurdle for public employees to claim a First Amendment violation: They must show that they were speaking as citizens and not simply doing their jobs when they expressed themselves.

In dissent, Justice John Paul Stevens called it “perverse to fashion a new rule that provides employees with an incentive to voice their concerns publicly before talking frankly to their superiors.”

Yet while many plaintiffs attorneys and employee-rights advocates deplore Garcetti, it has been embraced by the defense bar.

“One of the main benefits to public employers is the knowledge that First Amendment claims cannot be based on everyday, work-related speech,” says Glendale, Calif., attorney Jin S. Choi, who litigated the case on behalf of former Los An­geles County District Attorney Gil Garcetti. “A seed of a constitutional claim should not be allowed to be planted whenever an employee discusses a matter of public concern. This fundamental clarification will certainly aid the ability of public agencies to effectively manage their workforce and to provide services to the general public.”

Miami-based attorney Paul F. Hancock, who represents employers, calls the decision “eminently sensible,” adding that “otherwise, public employees would have a constitutional right to retain their jobs even if their public employers viewed their performance on the job, which normally involves speaking, writing and offering views on policy, to be unsatisfactory.”

Nevertheless, plaintiffs lawyers have since had to contend with the question of what constitutes public speech for a public employee.

She points to Andrew v. Clark, 472 F. Supp. 2d 659 (D. Md. 2007), in which the court examined the free-speech claim of a police officer who criticized police procedures that led to the shooting of an elderly man who was barricaded in his apartment. The officer went outside the chain of command and delivered a copy of the memo to the Baltimore Sun. Even though the officer went public with his complaints, the court still found that the officer’s claim did not survive Garcetti.

“The district court ruled that the analysis doesn’t change because he took it to the press,” says Robin-Vergeer, who is filing an amicus brief to the Richmond, Va.-based 4th U.S. Circuit Court of Appeals. “Before Garcetti, employees who violated internal protocols by going public with their information or speaking outside the chain of command would generally lose under the Pickering-Connick balance. It is like they are now damned if they do and damned if they don’t.”

According to one federal district court in New York, “The question of whether an employee speaks pursuant to his official duties is not always easy, and Garcetti sets forth no dispositive test.” Caruso v. Massa­pequa Union Free School District, 478 F. Supp. 2d 377 (E.D.N.Y. 2007). That case involved an elementary school teacher who claims she was forced to resign after she spoke in favor of President Bush during the 2004 presidential election campaign and placed a photo of Bush in her classroom. After the court sent the case back to trial, a jury found in the school district’s favor. As of late fall, no appeal had been filed.

Another huge issue that Garcetti raises is how to define a public employee’s job duties. “A big problem is that the U.S. Supreme Court laid down no real standard or rule for determining the scope of an employee’s job duties,” Atcheson says. “This has allowed the lower courts to apply Garcetti fairly expansively.”

One question arising from these cases is how Garcetti will mesh with academic freedom, an issue that Justice David H. Souter raised in his dissent. “I have to hope that today’s majority does not mean to imperil First Amendment protection of academic freedom in public colleges and universities,” he wrote.

A TEST FOR ACADEMIC FREEDOM

In addition to Caruso, Garcetti has led to the dismissal of numerous free-speech claims by secondary school teachers, officials and university administrative employees.

In his majority opinion, Kennedy dismissed those concerns. “We need not, and for that reason, do not, decide whether the analysis we conduct today would apply in the same manner to a case involving speech related to scholarship or teaching.”

It remains to be seen whether it will apply in cases involving university professors who will advance arguments of academic freedom.

“I think there will continue to be cases that will define the scope of Garcetti,” Hancock says.

In “The Garcetti effect,” January, it was incorrectly stated, due to an editing error, that the U.S. Supreme Court decision in Garcetti v. Ceballos “overturned the long-standing balancing test for public employee free-speech cases.” In its decision, the court raised the threshold for protection of free speech by public employees under the so-called Pickering-Connick test, but did not overturn it.