The Skinny on Flat Fees 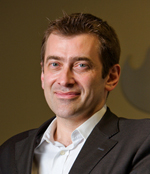 The term alternative billing might seem in­no­cent enough, but those two words make Jay Shep­herd’s skin crawl. As CEO of Shepherd Law Group in Boston, the enterprising attorney thinks his firm’s flat-fee business model is not simply an alternative to the billable-hour standard: It eventually will become the commonplace way to run a law practice.

Shepherd claims it really is possible to make more money while charging less. The secret lies in vastly improved work efficiency that helps siphon business away from other firms.

Still, most lawyers just don’t get it, Shepherd says. “They think this is some kind of marketing gimmick or some alternative form of billing. It isn’t at all.”

His four-lawyer labor and employment firm switched to fixed rates on Jan. 1, 2007. Revenue for 2007 increased two and a half times over the previous year. And first quarter 2008 improved over 2007. He has added two lawyers to his staff, and aims to hire another.

“It keeps getting better,” Shepherd says.

Firm size is no factor, depending on the practice. In immigration law, for instance, flat-fee billing is the industry standard from boutique to multinational giant, according to Scott FitzGerald, managing partner of Fragomen, Del Rey, Bernsen & Loewy’s Boston office. The firm employs about 180 lawyers at 33 offices in 12 countries.

Switching does require an across-the-board transition. some important steps to take include:

• Do your homework. A switch in billing method is not a shoot-from-the-hip exercise.

“We went back and looked at eight years of bills,” Shepherd says of the 10-year-old law firm. Shepherd’s firm grouped similar cases and compared price tags, asking: What made case A twice as expensive as case B? And Fitz­Gerald says that his attorneys can now anticipate time-consuming, costly issues before they arise.

• Find a new measure for performance. At Fragomen Del Rey first-year associates’ transactions are scrutinized, but not the hours; supervisors review the number, the revenue received and client feedback. Sure, year one is still hard work for rookies, but it’s also a breath of fresh air.

Being steadfast has its price—one being the dream client demanding to be charged by the hour. “The answer,” Shepherd says, “would have to be no.”

• Be a business geek. “In law school, we don’t learn about business. It’s just not taught,” Shepherd says. But law is a business more than anything, he says.

• Don’t secretly keep track of time. The temptation, even if only for reference, must be overcome, Shep­herd says. The move from billables to flat fees is not just a prac­tical change; it’s a different way of thinking.