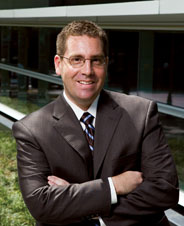 “What does it mean to be a lawyer?”

Upon posing his final hypothetical of the year, our law professor promptly exited the classroom. He did not anticipate an answer and none was provided—not because my classmates and I did not know the answer; rather, we did not understand the question.

As I began my career as a lawyer, the question was pushed aside. My focus was on billing hours, satisfying clients and impressing my firm’s partners.

All that changed for me one rainy morning in a small antebellum courthouse. I arrived early enough to pay my respects to the judge. After we exchanged pleasantries he leaned forward in his chair, and I knew it was time to discuss my firm’s matters on the equity case docket that morning.

“Brian, I understand one of the defendants in a matter of yours this morning is waiting in the courtroom. I was hoping that you may be able to meet with her to discuss this matter. I understand she has had some difficulty communicating with your client.”

“Yes, sir,” I replied, trying to disguise my youthful eagerness to please the judge.

Such a complaint about my client was not new. I represented a large mortgage bank, characterized for its bureaucracy. The defendant was in default on her mortgage payments. My client was prepared to request a judgment of foreclosure against her.

I made my way into the courtroom and spotted an elderly woman sitting by herself. I introduced myself and proceeded into the routine I had used several times before. I explained that she had not been making her mortgage payments for several months, and that this was a breach of the mortgage agreement. I then began to discuss the nature of today’s proceedings, and she politely put her hand on mine.

“My client understands that you may be having difficulty in ma— …”

“I have no difficulties, young man. I have lived a blessed life. I have lived in my home for 50 years. My husband and I raised our three children in our home, and we enjoyed our retirement together until …” She trailed off, and her eyes began to well with tears.

THE MEANING OF EQUITY

I sat silently next to her with my hand now on hers. She apologized for briefly losing her stoic composure and proceeded to tell me about her family and home. Her husband had recently passed away, and she was having difficulty keeping track of the bills.

She had contacted my client for a second chance to properly pay her debt and never heard back.

The resolution took less time than my ride back to the office. I called my client, and we worked out an agreement whereby the payments would be caught up while my client’s foreclosure action was delayed. I had the pleasure of ultimately dismissing this matter three months later.

We owe an important duty to our clients to zealously advocate their interests and should never abandon that principle. Rather, we should use it as a compass when compromise is mutually beneficial to all parties.

Later that day I placed a telephone call to my pro­fessor to address his question posed a couple years prior. I did not provide him an answer, but I let him know I was beginning to understand the question.

This essay was selected by the ABA Journal Board of Editors as the winner of the 2007 Ross Essay Contest. The prize is $5,000. The contest drew 129 entries from ABA mem­bers writing on the topic: “What have you learned about the legal field that might help the public better understand the profession?” The contest is supported by a trust established in the 1930s by the late Judge Erskine M. Ross of Los Angeles. The contest is administered by the ABA Journal.

Brian M. Annino is an associate at Weinstock & Scavo in Atlanta. He received his J.D. in 2003 from the University of Connecticut in Hartford.