To recuse or not? Investigations into federal judges' financial interests spark debate 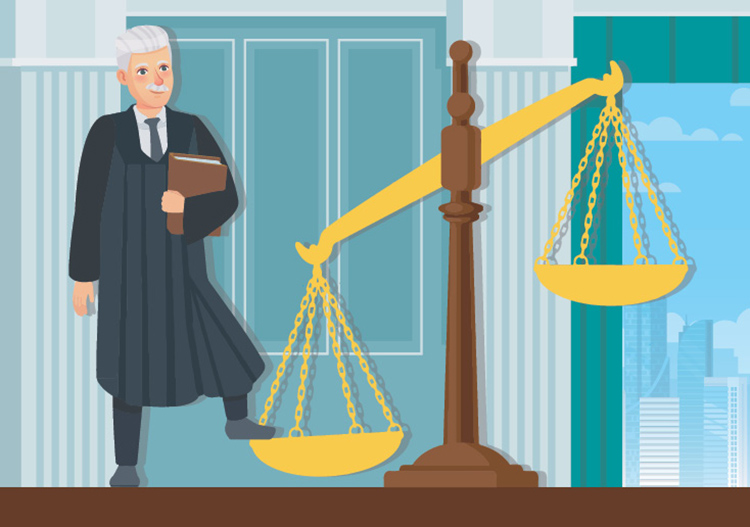 Following the 2010 explosion of the Deepwater Horizon oil rig in the Gulf of Mexico, numerous lawsuits were filed in the U.S. District Court for the Eastern District of Louisiana. Many were assigned to Judge Carl Barbier. At the time, records show he owned a de minimis amount of debentures in Halliburton and Transocean, parties in the litigation.

Early on in the case, Judge Barbier sold his investments, which each paid him between $1,001 and $2,500 in 2008, but the companies requested his recusal. The jurist declined. The New Orleans-based 5th U.S. Circuit Court of Appeals sided with Barbier, holding in In re: Cameron International Corp. that the judge was not obligated to relinquish his role in the case.

The appeals court concluded the debentures—debt instruments that paid the judge interest on money he had loaned to the companies—are not the type of “financial interest” in a party that legally required his recusal.

It would have been different if Judge Barbier had owned even a single share of Halliburton or Transocean stock. If so, recusal would have been mandated by 28 U.S.C. § 455(b)(4), which obligates disqualification when a judge “knows that he, individually or as a fiduciary, or his spouse or minor child residing in his household, has a financial interest in the subject matter in controversy or in a party to the proceeding.” The rule for stocks is a bright line based on one of the “financial interest”definitions: “ownership of a legal or equitable interest, however small.” There are some exceptions, including ownership of shares in a mutual fund.

Despite the clarity of the rule, in September, the Wall Street Journal, in a front-page story, reported that between 2010 and 2018, more than 130 federal judges failed to recuse themselves from 685 cases in which they or family members owned stock.

When brought to their attention, the judges offered all manner of reasons for the statutory violations, including flawed internal procedures, lack of awareness that their spouse’s holdings mandated recusal and the mistaken belief that shares in an account run by a money manager were an exception.

Congress noted the Wall Street Journal’s findings. (So did Chief Justice John Roberts in his 2021 Year-End Report on the Federal Judiciary, calling for more rigorous ethics training for judges.) Weeks after they were published, the House Judiciary Committee’s Subcommittee on Courts, Intellectual Property and the Internet held a hearing.

Renee Knake Jefferson, a legal ethics professor at the University of Houston Law Center who testified before the subcommittee, said in her testimony that she welcomed the Wall Street Journal’s investigation. But “we shouldn’t have to rely on journalists for the enforcement of judicial ethics,” she said.

The Wall Street Journal’s was not the first empirical study to reveal recusal missteps by federal judges. In December 2020, Penn State Law professor Benjamin Johnson and John Newby Parton, a Princeton University master’s degree candidate in public affairs, published the results of several years of research on the issue. Writing in the North Carolina Law Review, the authors concluded 75 federal judges between 2009 and 2012 participated in more than 200 cases despite owning stock in a litigant.

But Parton says the problem with the recusal system is greater than simply some judges getting it wrong when they own stock in a party before them.

And looking at the Deepwater Horizon case, Johnson questions why a judge’s debt investment is treated differently than an equity interest for recusal purposes. “In both cases, the judge has put money in the company and stands to benefit if it does well,” Johnson says. “The difference is simply that bonds are considered safer than stocks.”

Johnson makes the same point about a judge’s ownership of derivatives such as call options, which also do not require recusal. But just like stocks, options are bets made on a company’s performance.

And his biggest concern with the recusal rules is not whether “the bright-line rule should be expanded to other asset classes,” noting he can see arguments on both sides, but that it’s a “bad system, implemented badly.”

“There is no effective compliance or enforcement mechanism,” Johnson says. In addition, since the judge is informed of the identity of a party requesting his financial disclosure statement, there is an obvious hesitancy by some lawyers to do so. Front-end transparency

Compounding the problem, Parton says the procedure for the public to obtain a judge’s annual disclosure of his financial interests is cumbersome and slow. “There is no mechanism for learning what a judge’s current portfolio is,” he says. For example, the most recent data available for a party litigating a case in February 2022 is a judge’s financial holdings in 2020.

In an effort to address this panoply of deficiencies, Johnson proposes a “pre-enforcement” mechanism, calling for a statement by the lawyers at the inception of a case that “we checked the most recent financial disclosures by the judge—and they need to be recent—and there’s no party to which a judge has a financial interest.”

Making this declaration a required part of the litigation process, Johnson explains, removes the risk of the judge holding it against a lawyer who requests a judge’s financial disclosure statement.

In her testimony before the House subcommittee, Jefferson called for transparency in the recusal process. The law professor advocates for more timely and easily accessible information about judges’ financial holdings. She also calls for a requirement that judges explain their recusal decisions.

“When you have to write down your reasons for doing something, it causes you to be more accountable.” Having this record, Jefferson adds, would also provide guidance for future judges weighing recusal decisions.

Randy Maniloff is an attorney at White and Williams in Philadelphia and an adjunct professor at Temple University Beasley School of Law.