To Ernie Svenson, Blogging is 'Largely a Selfish Activity' 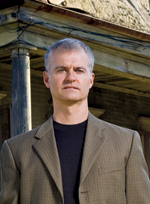 Svenson’s Ernie the Attorney blog is a blogroll favorite, whether for his aw-shucks, down-to-earth style or the fact that he blogged his way through two major hurricanes—first Katrina, then Gustav.

By the time of Gustav, Svenson had graduated from a structured blog format to microblogging via cell phone and text on Twitter. That way, even when his power was out and Internet access limited, he could post updates by using text-messaging features.

It was shortly after Katrina, and his harrowing escape from the city center after levees failed, that Svenson decided to hang his own shingle after nearly two decades of midsize-firm practice.

As with the blogging, he went solo in 2002. His practice is built on the principle that to be successful one must embrace change, and look at the world and issues with fresh eyes to find hidden advantages, as well as properly assess risk. But Svenson acknowledges that blogging isn’t for everyone.

“If you aren’t driven to blogging on your own, then you aren’t going to find it satisfying and you’ll probably stop doing it and conclude that it was a waste of time,” he says.

For the blogging-inclined, he offers this advice: “Explore the world of blogs and get a sense of what people are doing, hopefully with this result: You see that many things are possible, and that there are a wide variety of voices. Find something you feel passionate about and see if you can explore it in a unique way.”

Q&A with Ernie Svenson, aka Ernie the Attorney:

ABA Journal: When and why did you start blogging?

Websites seemed too hard to set up, and mostly geared toward static content. Weblogs seemed to lend themselves to something like short magazine articles, and they were easy to create and post to. The more I blogged the more intrigued I was with the potential for Web-based discourse. Almost seven years later I’m still intrigued.

ABA Journal: How has your style changed over time?

Svenson: I don’t know that my style has changed all that much. The subject matter that I cover has certainly changed.

In the beginning I focused more on purely legal topics, although I was writing for a nonlawyer audience. But now I spend very little time talking about purely legal topics, probably because there are so many wonderful law blogs written by specialists that cover every aspect of law.

ABA Journal: How long did it take you to find your voice?

Svenson: I would say it was more a question of my voice finding an outlet, and blogs were such a perfect match for how I wanted to write. I prefer to write in an informal, familiar way and I would say that’s pretty much how I’ve always written my blog.

ABA Journal: Tell me about some of the biggest hurdles to doing regular posts.

Svenson: I didn’t have a problem doing regular posts. I write my blog for two reasons: 1) to share bits and pieces of information with friends (who I would otherwise have to send separate e-mails to, which would be too much trouble so I wouldn’t do it), and 2) to think more deeply about certain social and technological issues. If I didn’t have a blog, then I wouldn’t capture the interesting information, or think as deeply about social problems. So, writing blog posts is largely a selfish activity.

ABA Journal:: Have you ever experienced burnout or writers block? And how did you get over it?

Svenson: I have experienced burnout from time to time. But since I write only if I feel like it, and only about things that I feel strongly about, it’s easy to deal with: I simply stop writing until I feel compelled to do so again.

ABA Journal: What have you learned from the blog world regarding direct, immediate feedback? Does that cause trouble for you in your day job?

Svenson: Well, I’ve learned two things. First, learning how to deal with criticism is important and if you can’t deal with it then you should avoid putting your observations out on the Internet. At first, not surprisingly, I had trouble. But over time I learned to lessen my tendency to take criticism personally. That may have been the most positive outcome (for me) of my blogging.

On the other hand, I’ve also learned that some observations (even if no one criticizes them immediately) can cause other kinds of problems. I don’t blog about certain topics even if I think that they won’t cause problems, because I’ve learned that if they do wind up causing a problem, it won’t be worth having made the observation. What are those kinds of topics? I’d rather not say.

ABA Journal: Would you encourage other legal professionals to blog? What advice/cautions would you share?

Svenson: I would not encourage anyone to blog (nor would I discourage them), but if they’re curious and want to try it out then I’m happy to pass along advice. First of all, if you aren’t driven to blogging on your own, then you aren’t going to find it satisfying, and you’ll probably stop doing it and conclude that it was a waste of time. But if you are inclined to blog, then I’d say explore the world of blogs and get a sense of what people are doing, hopefully with this result: You see that many things are possible and that there are a wide variety of voices. Find something you feel passionate about and see if you can explore it in a unique way.

Martha Graham described it best: “There is a vitality, a life force, a quickening that is translated through you into action, and because there is only one of you in all time, this expression is unique. And if you block it, it will never exist through any other medium and be lost. The world will not have it. It is not your business to determine how good it is, nor how valuable it is, nor how it compares with other expressions. It is your business to keep it yours clearly and directly, to keep the channel open. You do not even have to believe in yourself or your work. You have to keep yourself open and aware directly to the urges that motivate you. Keep the channel open …”

That’s the essence of blogging (or all human communication).