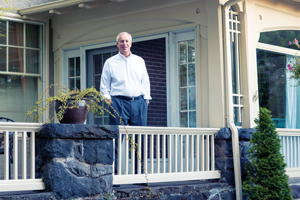 Stressing over how to get your career where you want it to go? Chill. There's a spa for that.

The Lawyer Career Spa launched in June with a three-day retreat at a Portland, Oregon, bed and breakfast. There, for less than $3,000 each, participants immerse themselves in local food, wine and career counseling from the spa's co-founders, Arthur Bousel and Susan Sneider.

Clients include individuals and groups of lawyers, such as a leadership team or practice group, with a minimum of five years' work experience looking to tweak their careers in big and small ways.

"It's for attorneys seeking more satisfying careers and those focused on improving marketing and business development skills," Bousel says. "The concept is to provide a continuous, uninterrupted career transformation experience that enables participants to achieve their professional aspirations faster and more efficiently."

The retreats will take place monthly, and the first two were sold out. The optimal number of participants is six.

"We're trying to keep it small intentionally," Bousel says. "Each attendee is given a minimum of two hours of coaching per day. Participants will get as many coaching sessions as they'd get in a normal four-month program of career coaching."

A big part of the draw is the ability to unplug in a peaceful setting. "We realized people needed concentrated space away from the daily practice—the Facebook, the Twitter, the whole business—where they could really focus on themselves," Sneider says.

But why call it a spa? "People associate the term with pampering and nourishment," Sneider says. "We really felt clients would be pampered by the coaches, who'll help them with their needs and to safely explore personal growth. And they'll be nourished because they'll walk away with substantive skills." 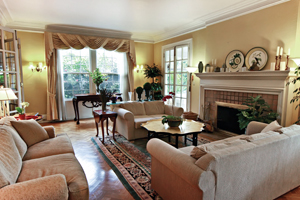 Portland's Heron Haus offers a serene setting and spectacular views of the city and its surroundings. Photo courtesy of the Heron House Bed & Breakfast.

That ability to mull your career without distraction is something Bousel says is too often missing in coaching.

"I've done more than 1,600 coaching assignments, and the biggest holdup has been a lack of time for self-reflection," he contends. "Clients need to figure out if the pragmatic steps we've discussed are really right for them so they don't come back the following week saying, 'I've discussed it with my spouse, and he's not happy with the plan.' "

Courtney Moran was among the first group of participants. She fell into criminal defense law but later decided it wasn't a good fit. So she headed back to school and completed her LLM. She now believes she's found her passion: practicing in the industrial hemp arena.

"I see this as product of the future, and I want to be part of it," Moran says. "We're not growing here in Oregon, but I'm sure we will be by next year. That'll mean working with farmers on things like permits, contracts and business formation."

After hearing about the spa from a friend, Moran signed up for guidance to help her transition into that specialty. "We had group discussions and one-on-one counseling," she says. "The big thing was working on my value statement, meaning what I bring to the table, and being able to put that down on paper. We also focused on networking and really worked on my resumé a lot."

Bousel and Sneider are both lawyers who've made career changes. Both practiced law, transitioned into other careers and eventually focused on legal coaching. There their paths crossed, and they've been working together ever since.

The genesis of the spa derives from Bousel's recent cross-country move. "We started planning about a year or so ago when I relocated from the East Coast to the Northwest," he says. "I was knocked over by the overall splendor of the place. I realized if I liked this place so much, many of my colleagues would too."

Bousel started hunting for the right setting and settled on the Heron Haus Bed & Breakfast in Portland's West Hills neighborhood, which boasts views of the city and mountains. "It's got the best facilities and a magnificent location, and it provides the tranquil and relaxing setting attendees are seeking," he says.

With Sneider based in another bastion of beauty—Hilton Head, South Carolina—the founders are already considering the possibility of expansion.

"Goodness knows," she says, "if it gets so popular, we're going to have to open it on the East Coast." Portland's Heron Haus offers a serene setting and spectacular views of the city and its surroundings. 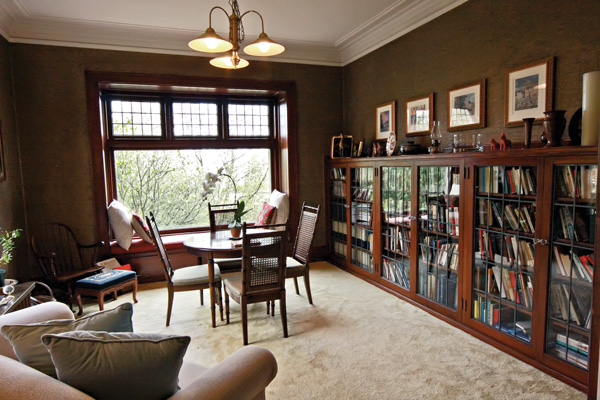