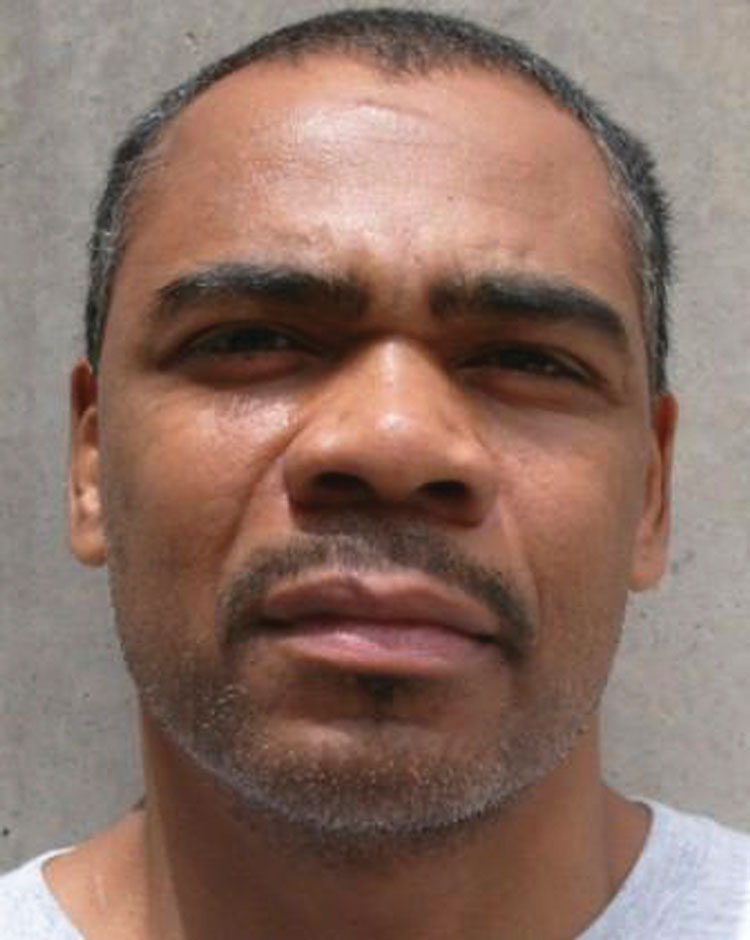 Photo of Patrick Murphy by Oklahoma Department of Corrections/Associated Press.

Patrick Murphy doesn’t deny participating in the murder and mutilation of George Jacobs in 1999. On a drunken afternoon back then, Murphy and two friends waylaid Jacobs and his cousin as they passed each other in cars on a road in rural McIntosh County, Oklahoma. After ordering the cousin away, they cut off Jacobs’ genitals and slit his throat, leaving him to bleed to death in a ditch.

According to court records, Murphy confessed to his girlfriend, and he was convicted and sentenced to death in Oklahoma state court. The Oklahoma Court of Appeals upheld the conviction in 2002.

But it’s possible that his conviction doesn’t count. As Murphy argued in a habeas appeal to the 10th U.S. Circuit Court of Appeals at Denver, he’s a member of the Muscogee (Creek) Nation, as was Jacobs, and the murder took place on land that was part of the tribe’s reservation as defined by an 1866 treaty. In August of 2017, the 10th Circuit ruled that Congress never formally disestablished that reservation. Under the complicated maze of jurisdiction that applies in Indian country, that means Murphy should have been tried in federal court.

And that means Murphy’s hail-Mary death penalty appeal could have an even bigger consequence by significantly altering Oklahoma’s legal landscape. The U.S. Supreme Court will hear the case, Royal v. Murphy, in this fall’s term. If it stands, it will shift jurisdiction over 4,600 square miles containing 750,000 people—including most of the city of Tulsa—from Oklahoma state government to, depending on the case, Muscogee (Creek) government or a U.S. attorney’s office. That largely applies to criminal jurisdiction, but civil jurisdiction may be affected as well.

Among lawyers, “this is one of the biggest things in Tulsa right now,” says Grayless. “We’re closely watching it because we’re going to deal suddenly with a bunch of post-conviction cases.”

Before the 10th Circuit’s ruling, few had questioned Oklahoma’s jurisdiction over the area. During the run-up to statehood, the federal government repeatedly passed laws stripping the area’s tribal governments of their powers, as part of pressuring them to Westernize and sell “unused” land to white settlers. By the time Oklahoma became a state in 1907, the land was not being treated as a reservation.

But popular opinion is not the law. To decide whether the reservation had been disestablished, the 10th Circuit used a legal test handed down by the Supreme Court in 1984’s Solem v. Bartlett. That test looks first at the language of relevant federal laws, and the appeals court found no “express language of cession” in the turn-of-the-century laws dismantling the Muscogee (Creek) government. Evidence from the less important second and third prongs of the test—contemporary history and current demographics—was “mixed,” the 10th said.

The ruling is stayed until the Supreme Court speaks. But if the high court upholds it, there’s a chance that it could open the door for four other Oklahoma tribes to regain their historic boundaries. The Cherokee, Chickasaw, Seminole and Choctaw—collectively known, with the Muscogee (Creek), as the Five Tribes—are on similar legal footing, thanks to similar histories in their relationships to the federal government. If they regain their reservations, Oklahoma says in its certiorari petition, Indian country would cover a full 43 percent of the state and contain 48 percent of its population. (Currently, the Five Tribes’ Indian country covers much less ground—a handful of tribal holdings and lots owned by individual members.)

That’s not at all inevitable. Lindsay Dowell, first assistant attorney general for the Muscogee (Creek) Nation, says each of these tribes would have to have a court do a “historical deep dive” into their own pasts and treaties, which are not identical to her tribe’s. “If it extends to anyone, it extends to them,” says Dowell. “But that would still have to be litigated.”

But Dowell says those other tribes were excited by the ruling—and in a less positive way, so are parts of Oklahoma’s business community. Organizations representing farmers and oil and gas companies filed amicus briefs before the U.S. Supreme Court, expressing concern that they could be taxed and regulated by tribes as well as states.

Dowell is skeptical about those concerns. For one thing, Oklahoma tribes are forbidden from making environmental laws without the state’s permission, thanks to a 2005 law sponsored by Oklahoma Sen. James Inhofe. For another, tribal civil jurisdiction depends on more than where an operation is located. Dowell thinks it would have to be established through litigation or an agreement with the state.

This article was published in the Sepetember 2018 ABA Journal magazine with the title "Indian Boundaries: How a rural murder case could lead to the return of tribal control for nearly half the state of Oklahoma."