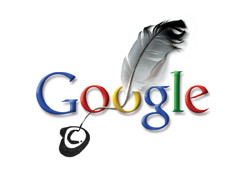 At the fairness hearing for the Google Books settlement, an overflow crowd filled U.S. District Judge Denny Chin’s Manhattan courtroom and spilled into a separate room where spectators watched a video feed.

“Voluminous materials have been submitted, and we are working our way through them,” Chin said at the Feb. 18 hearing. “There is a lot of repetition. Some of the submissions even quote some of the other submissions. I’m reading them twice.”

The agreement weighs in at 179 pages with 16 attachments, and it has been opposed on several fronts, with the Justice Department raising antitrust concerns alongside authors’ claims of copyright infringement.

The Authors Guild and the Association of American Publishers filed a consolidated class action in 2005 after Google announced agreements with several university libraries to digitize millions of books in their collections. Google didn’t obtain copyright permissions from rights holders before scanning the books, arguing that its plan to use only snippets from the books to promote online sales was protected under fair use provisions in the 1976 Copyright Act.

However, the settlement agreement sidesteps the fair use question and goes much further than online snippets in its protection of commercial uses for Google.

Supporters of the Google Library Project say it will provide worldwide access to millions of books through an online repository. But critics have called it an end run around copyright law by a company more interested in profits than public service.

Under the amended settlement agreement, Google would be allowed to continue scanning millions of books and could display up to 20 percent of a book online to encourage sales. The rights holder’s permission would be required for online displays of commercially available books, but out-of-print books could be displayed without permission unless the rights holder requested removal from Google’s online database. “Orphan works” also would be fair game for sales without permission even though the rights holders are unknown and may never receive compensation.

Some legal scholars think the settlement raises too many problems for it to be approved. “The essence of the settlement is [that] it uses a class action to issue copyright licenses in a way that creates de facto exclusivity for Google,” says James Grimmelmann, an associate professor with the Institute for Information Law and Policy at New York Law School. “It gives Google a very powerful position in the publishing industry.”

The Justice Department opposes the settlement and filed a statement of interest in February before the fairness hearing. The amended settlement agreement still suffers from a core problem in its “attempt to use the class action mechanism to implement forward-looking business arrangements that go far beyond the dispute before the court in this litigation,” the Justice Department stated.

The settlement also raises antitrust concerns because it would confer “significant and possibly anticompetitive advantages” to Google, which would become “the only competitor in the digital marketplace with the rights to distribute and otherwise exploit a vast array of works in multiple formats,” the Justice Department stated. “Google also would have the exclusive ability to exploit unclaimed works (including so-called orphan works) without risk of liability.”

The U.S. Copyright Office joined the chorus of opposition at a hearing on the settlement agreement before the House Judiciary Committee last September. Marybeth Peters, register of copyrights, said the settlement would “encroach on responsibility for copyright policy that traditionally has been the domain of Congress.” It also “could affect the exclusive rights of millions of copyright owners, in the United States and abroad, with respect to their abilities to control new products and new markets for years and years to come,” she testified.

In court filings, Google said it “currently has a 0 percent share in any book market” and “does not have monopoly power, and there is no ‘dangerous probability’ that it will acquire such power.”

Under the agreement, Google would pay rights holders 63 percent of all revenue from commercial uses of the digitized books, including book sales, online advertising and institutional subscriptions to the online database. Google also would pay at least $45 million to compensate authors whose work has already been scanned without permission, guaranteeing at least $60 per book and $15 per insert.

Google would be required to spend an additional $34.5 million to create a not-for-profit Book Rights Registry that would compile a public database of rights holders and help locate those who are owed revenue.

The potential increase in the availability of millions of books has attracted supporters, including library organizations, university libraries and the National Federation of the Blind.

Not surprisingly, the settlement isn’t popular with Google’s competitors—and Microsoft, Amazon and the nonprofit Internet Archive have filed objections. Unlike Google, other companies have limited their book-scanning operations to books in the public domain and copyrighted works where permission was granted, says Tom Rubin, Microsoft’s chief counsel for intellectual property strategy, who spoke at the fairness hearing.

“Google, by comparison, took a shortcut by copying anything and everything regardless of copyright status,” Rubin says. “They’re like a trucking company that instructs its drivers to go 90 miles an hour. It’s not surprising that competing companies that obey the speed limit can’t keep up.”

If the settlement is approved, Google “will be able to exploit for its own commercial ends virtually every copyrighted book published since 1923, not just to market books but to power and entrench its already dominant search engine,” Rubin says.

Google already faces another copyright infringement suit filed in April by a coalition of photography and graphic arts groups over the unauthorized scanning of photos and illustrations in books that have been digitized. Some of the plaintiffs previously tried to intervene in the consolidated class action but were denied. Chin ruled that their motion was untimely and the consolidated suit was focused on “word-based material.”