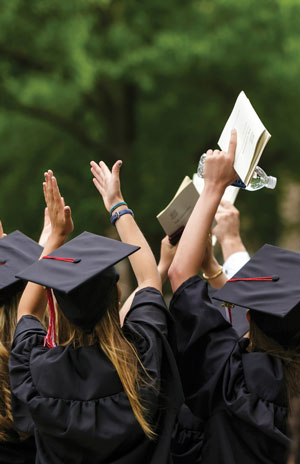 The concept of a residency program for law school grads is far from new, but one legal services provider is turning concept into reality.

Daniel Reed, CEO of UnitedLex, says it is reasonable to ask “why is it that law schools do not have similar types of residency training programs as found in medical and engineering schools? Those schools are progressive in how they interact with their respective professions.

“Traditionally, law schools have been less aggressive in partnering with the commercial world to provide students every possible advantage. The time is now for change.”

Stephen Shaw graduated from the Florida law school and joined the UnitedLex residency program in September 2013. He now works at UnitedLex as a project manager embedded at the Sedgwick law firm.

“I’ve not only learned the complexities of e-discovery,” Shaw says, “but also developed people-management skills overseeing attorneys. I interface with partners, associates and clients on a daily basis.”

Cassandra Groves entered a UnitedLex residency after graduating from Moritz law school in May 2013. “In this program, you get an intensive, hands-on training that you don’t receive in law school,” she says. “I’m now managing my own client accounts, and I worked with the UnitedLex office in India on behalf of a client in the U.K. You learn very quickly and learn to manage things on your own. You also learn how to work collaboratively with others in a team-oriented environment.”

“The curriculum is challenging and mind-expanding,” says Shaw. “I developed whole new skill sets and learned a whole new language.”

Robb Hern, director of global litigation services, oversees training at UnitedLex’s Columbus, Ohio, facility. “I teach classroom-style courses in e-discovery and a class on the Federal Rules of Civil Procedure as part of the core curriculum,” he says. “But we then incorporate our residents into actual cases. Nothing beats real-case exposure. Because of our diversity of clients and capital investment, we have a broad range of exposure and serve different industries.”

Many senior executives at UnitedLex teach the residents, and some also teach as adjuncts at the participating law schools.

The law schools say they welcome the residency program because of the benefits it will bestow on their graduates.

“The legal residency program is an innovative and exciting program that offers a select group of graduates a pipeline to employment at the intersection of law, data and technology,” says Chris Guthrie, dean of Vanderbilt Law School. “The program places graduates at the center of innovation in the delivery of legal services.”

This article originally appeared in the February 2016 issue of the ABA Journal with this headline: “Legal Residency: UnitedLex partners with law schools to give new grads work experience.”

Due to an editing error, the print and initial online versions of “Legal Residency,” February, misidentifies legal services outsourcing firm UnitedLex as a law firm.