Vendor or Competitor? Pangea3 Purchase Pleases Some, Worries Others 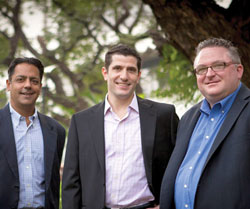 The deal, valued between $35 million and $40 million, also sparked debate among consultants, lawyers and bloggers about ethical concerns of the legal information giant delving into competition with its client base.

Partners who look 20 years into the future see the impending changes the profession faces regarding the delivery of legal services, Perla says. As a result, those firms have boosted their reliance on cost-effective LPOs for repetitive and process-based work.

Incidentally, the external pushes for the acquisition stemmed from U.S. managing partners who were eager to capitalize on LPOs but wary of offshore-only entities, says Tony Abena, president and general manager of Thomson’s Global Legal Solutions unit. While there are still no decisions on locations and headcounts, Pangea3 plans to open legal process outsourcing centers in the U.S. that mirror those in India.

“It’s the law firms, not the clients, that feel more comfortable if their partners know there’s an onshore site,” Abena says.

In the long run nobody is going to notice whether the work is performed in India or the U.S. as long as efficiency is increased, predicts consultant David Curle, director and lead analyst at Outsell Inc., a research and advisory firm for the information industry.

“Law firms are going to change the way legal services are delivered, and it’s driven by forces outside the industry,” Curle says, citing the pressures general counsel are putting on outside firms to bring greater value. “GCs have other alternatives now rather than just going to top law firms,” Curle adds.

Although many experts view the Thomson-Pangea3 marriage as an opportunity for major law firms to offer service on both high-end, complex legal matters and the unbundled work of an LPO, many firms lag on adjusting their market approach, says Jordan Furlong, a partner at legal consultancy Edge International in Ottawa, Ontario, Canada.

“It’s an unwise approach to take,” says Furlong, who advises managing partners that the evolution of the legal marketplace will leave many law firms behind.

An aversion to LPO services may prove toughest for midsize and regional firms that have leveraged lower billable rates to glean commoditized and routine legal work from larger firms during the recession.

“This deal definitely signals competitive pressure for them,” says Michael Bell, managing principal of Fronterion in Chicago, which advises law firms on LPO services. “They’re in an interesting position of being squeezed between large … firms and niche boutiques.”

However, the hullabaloo that pits LPOs against law firms when it comes to innovation and legal services is overblown, says Liam Brown, Los Angeles-based president and CEO of legal services provider Integreon.

“I think it’s fashionable to say law firms are slow-moving or noncompetitive,” Brown says. “People have to get over it. Most of our LPO business comes from relationships with firms. They aren’t sitting on their hands.”

London-based international law firm CMS Cameron McKenna’s decision to outsource its entire back office to Integreon and Clifford Chance’s move of its IT and accounting operations to New Delhi are two such examples, Brown says.

Now that Thomson Reuters, a significant player that had sales of $12.9 billion in 2009, has put real money behind an LPO venture, Brown says, there is no doubt the legal market will continue separating into commoditized and repeatable work, and work that is advisory.

Clients look to their lawyers as business and legal advisers who deliver efficient and value-based solutions. This provides an important role for law firms in the delivery of legal services in conjunction with LPO partnerships.

“If they don’t,” Brown adds, “clients have no choice but to go to LPOs directly.”