Women and the Law

Harassment survey respondents see no change 'till everyone believes' 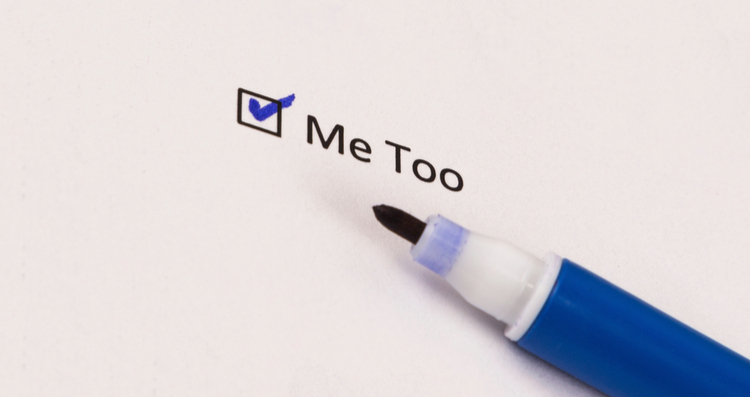 Thanks to the #MeToo movement, conversations about sexual harassment are happening now with much more frequency, but respondents to a recent survey expressed serious doubt that recent news has created grassroots effects.

In March 2018, the ABA Journal and Working Mother Research Institute surveyed 3,000 people online, 65 percent of whom were female. Out of the female respondents, 68 percent indicated that they’d experienced sexual harassment, but only 30 percent reported the unwanted behavior. Reasons for not complaining included concerns that it would negatively impact their job and a belief that such behavior was tolerated by employers.

“Our study reveals that, despite a high-profile movement to expose and address systemic sexual harassment in the workplace, ‘business as usual’ persists,” says Molly McDonough, ABA Journal editor and publisher. “These confidential responses from women in the legal profession and elsewhere indicate that more action needs to be taken to ensure complaints are validated and to remediate attitudes at work about what is and isn’t acceptable behavior.”

Only 27 percent of the women surveyed reported that their complaints about sexual harassment were taken seriously. The respondents came from a mix of professions, with the majority working in law.

One respondent wrote on the survey, “Changing someone’s BELIEF that sexual harassment is ‘acceptable’ is virtually impossible. Nothing will change—until everyone believes and recognizes that there is a problem.”

Another respondent who does management-side employment work wrote that nothing has changed yet regarding sexual harassment, other than the public attention brought to the issue following public accusations against high-profile individuals, including President Donald Trump.

“People who behave this way are typically—but not always—men, and they are serial abusers who too often get a free pass over and over again, much like our representatives in Congress and our president, who just pay off the victim, usually with no serious consequences,” the respondent wrote.

“The #MeToo research shows a stark contrast in the ways women and men perceive sexual harassment at work and how their organizations deal with it, as well as the ramifications for male-female professional relationships,” says Subha Barry, president of Working Mother Media. “The growing recognition of the different realities women face at work will create more equitable workplaces.”

Included in the comments from respondents was a sense that some may identify behavior as sexual harassment when it is not, or that the conduct in question is not serious.

“Everyone needs to accept that men and women will always be attracted to others and learn to deal with it as adults,” a respondent wrote.” Unwanted advances, managers dating direct reports, etc.—all need appropriate responses. An employee telling another he/she looks nice needs to be taken for what it is … a compliment, not an assault.”

Survey questions also focused on mentoring and sponsorships, with a statement that professional relationships, which the survey described as “requiring one-on-one interaction,” are at risk of giving a perception of unacceptable behavior. Forty-one percent of the women disagreed with that statement. Comparatively, 56 percent of men agreed with it.

A respondent who identified as male wrote that he didn’t know how to engage in finding a solution around sexual harassment.

“What I do know is that one allegation can be a career killer. So, as a male who is in a leadership role in my office, I no longer will mentor any female interns or other volunteers. I will not be alone in the office with any female, whether she is a colleague or a support staff member. This is to protect myself,” he wrote.

Comments such as these demonstrate that while it seems more people are talking about sexual harassment, a great deal more understanding of the issue is needed.

“In my experience,” a respondent wrote, “older management does not even recognize a problem. To engage others in solution building, education about hidden biases and negative assumptions must first be commenced.”

Specifically, more education about behaviors that make people uncomfortable, how to tell if it does cause uneasiness and how to communicate when something makes you uncomfortable could also be helpful, another respondent wrote:

“I sometimes allow older men a pass because I know they are not trying to be offensive, even when the behavior bothers me. It would be nice if there was a way to say I don’t like it without them being hurt. I don’t know if that will ever happen, but hopefully the old guys will all be gone by the time my daughter goes to work.”

Asked if men and women were allies in reaching gender equity at their organizations, 39 percent of females and 12 percent of the male respondents disagreed.

“It is difficult to solution build when the primary offenders are the persons holding the power (such as the equity partners and managing members of a firm),” wrote a respondent, noting that older men at the firm were less likely to engage in sexual harassment.

“The firm with which I am associated has a white boy’s club mentality, even though the male members in management positions are 60 years old or younger, and therefore, came up the ranks with women (and are married to powerful women). It seems to be a backlash,” the respondent wrote. “It’s also important to note that most of the male members, being owners, do not (really) believe the sexual harassment policies and such apply to them because they are not employees.”