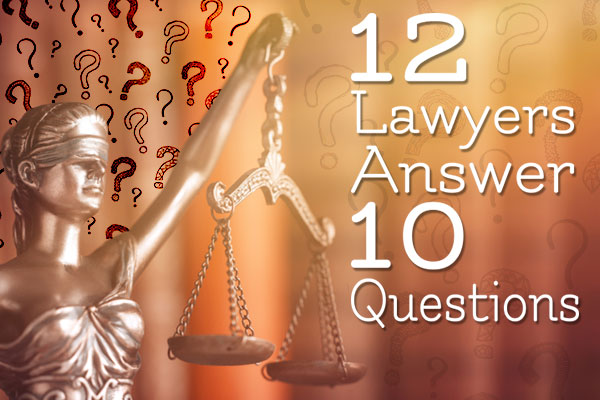 The ABA Journal's 10 Questions column is a Q&A in which Jenny B. Davis speaks to legal professionals with unique careers or personal histories. Check out some of our favorite questions and answers from 2018, and click to learn more about these fascinating people. 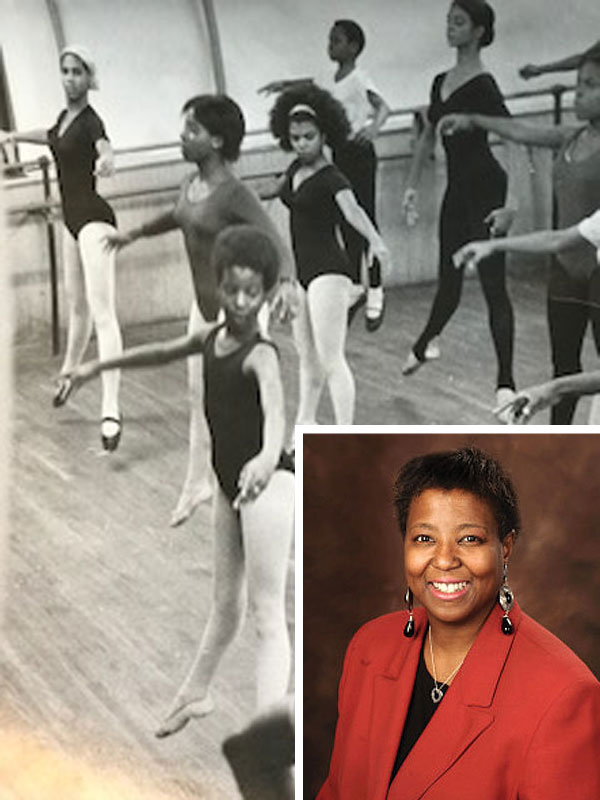 Q. You danced professionally with the Dance Theatre of Harlem for four years but left it behind to go to college and law school. How did you make that transition and why?

A. There was a moment when the film The Wiz was filming, and a number of Dance Theatre of Harlem dancers were performing in it, and the company went on hiatus. During that time, I had applied to Barnard College and had deferred. I come from a family of educators—everyone has a college degree. My mother said, “Maybe you should just call Barnard and say you’ll be around for a bit, and then if the company starts again, you can work your schedule around it.” I started at Barnard and fell in love with the school. When the company started back up again, I decided not to go back. After graduation, I went straight to law school. No one in my family was in the theater—my parents’ friends were all teachers, lawyers, doctors and educators, so it wasn’t a foreign thing for me to think about. 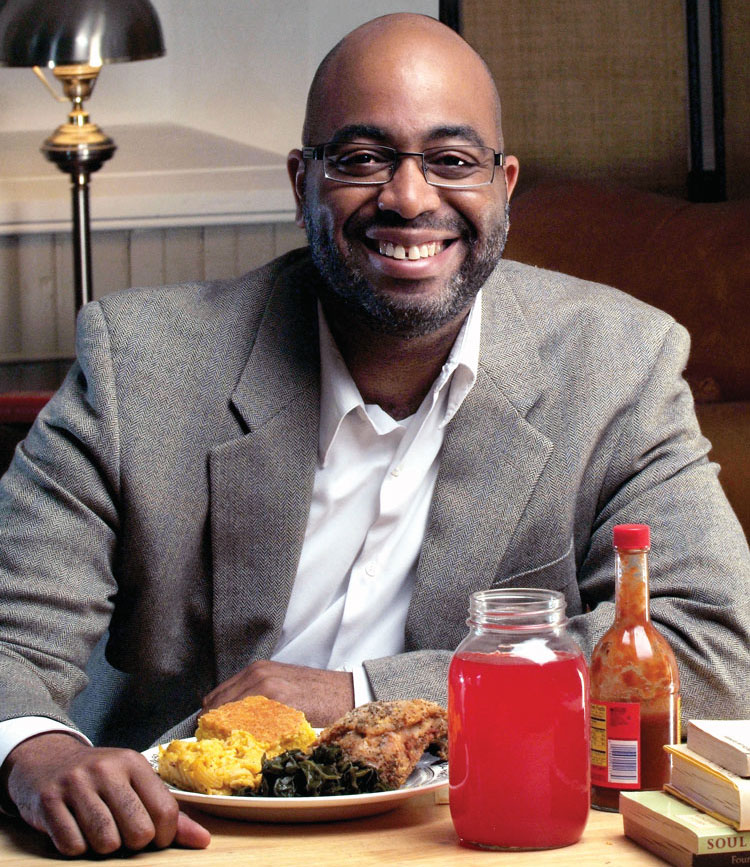 Adrian E. Miller: This Denver lawyer serves up culinary history with a side of social justice

Q. Were there instances where public policy influence came from the [White House] kitchen?

A. Yes, and the best example is Lyndon Johnson with his longtime cook, Zephyr Wright. The Johnsons would drive back and forth from their Texas ranch to the White House, and while they were driving through the Jim Crow South, Wright suffered so many indignities that she stopped traveling with them and stayed in D.C. When President Johnson personally lobbied for the Civil Rights Act of 1964, he used the experiences of Zephyr Wright to convince members of Congress to support the bill. When he signed the bill, he actually gave her one of the pens and said, “You deserve this more than anyone else.” 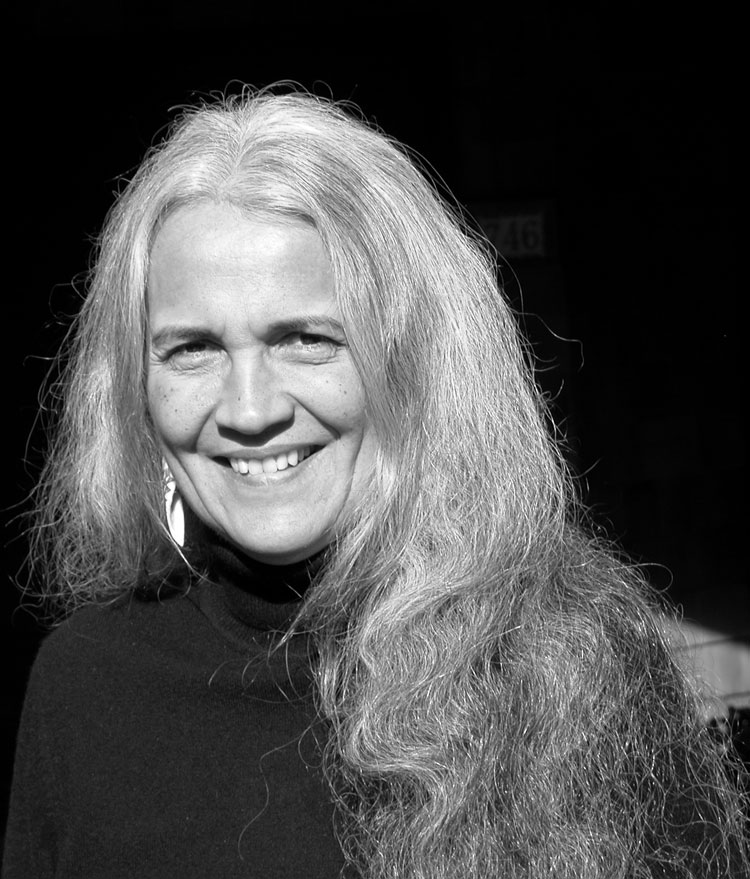 A. That’s every tribe’s call—what they want to do. It’s helped me. People said, “You can’t be a judge because you know everyone.” I said, “You’ve seen too much TV.” That’s true of their system, but not our system. Before the invasion, who did we turn to to solve problems? Older people in the village. Let’s take that practice and modernize it. We’ll change our practices, but not our values. If your value is harmony, and you want to make this right, then it’s a big plus to know the people. It’s a small community, and I am in the community. And they know I am. I can say to someone, “I heard this, I know it’s true and I don’t like it,” and they know it’s true. It’s like being someone’s aunt: You can get in their face, in the modern vernacular. 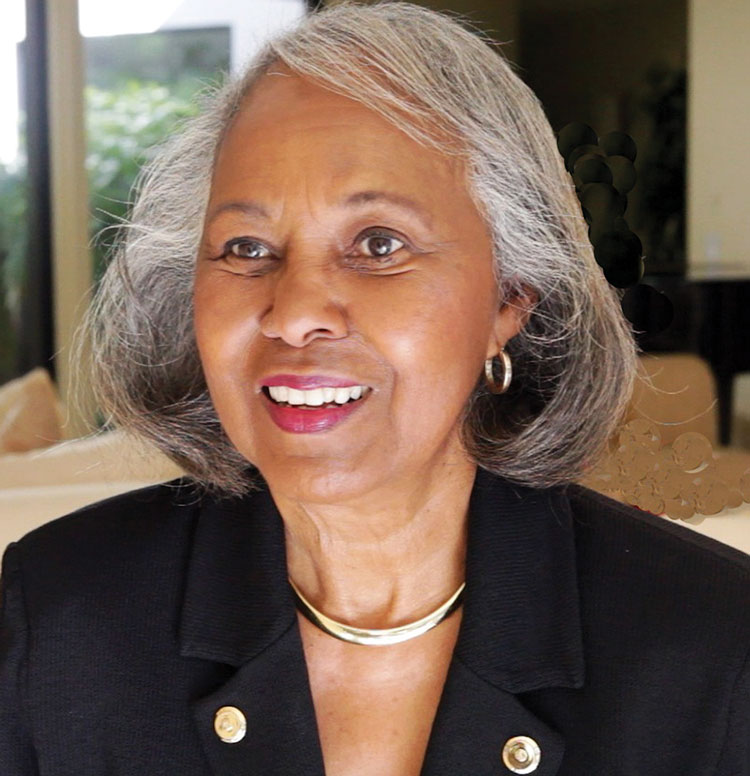 Q. What sparked that initial drive to be a lawyer?

A. When I was growing up in Los Angeles, Asians couldn’t own property, and in many areas of LA, African-Americans couldn’t buy property. You couldn’t buy homes. I was very aware of this, and my mother was aware of it. There were actually covenants in the deeds that said “This property can only be occupied by someone of the Caucasian race,” and this prevented us from moving. We lived in a not-so-desirable area and the schools were not great, and we wanted to move. Then there was a case in the U.S. Supreme Court [Shelley v. Kraemer (1948)]. Loren Miller was the attorney, and he was able to set aside these restrictive covenants. I think every African-American in the U.S. was aware of this decision. I happened to know his nephew; and when I was 15, I was invited to a birthday party at his nephew’s house. I saw his uncle sitting in a library surrounded by all these books and I said, “That’s going to be me.” And I never looked back. I had already said, “I am going to be like Loren Miller and have all these important cases,” but when I saw him and those books, I knew there was nothing that was going to keep me from going to law school. 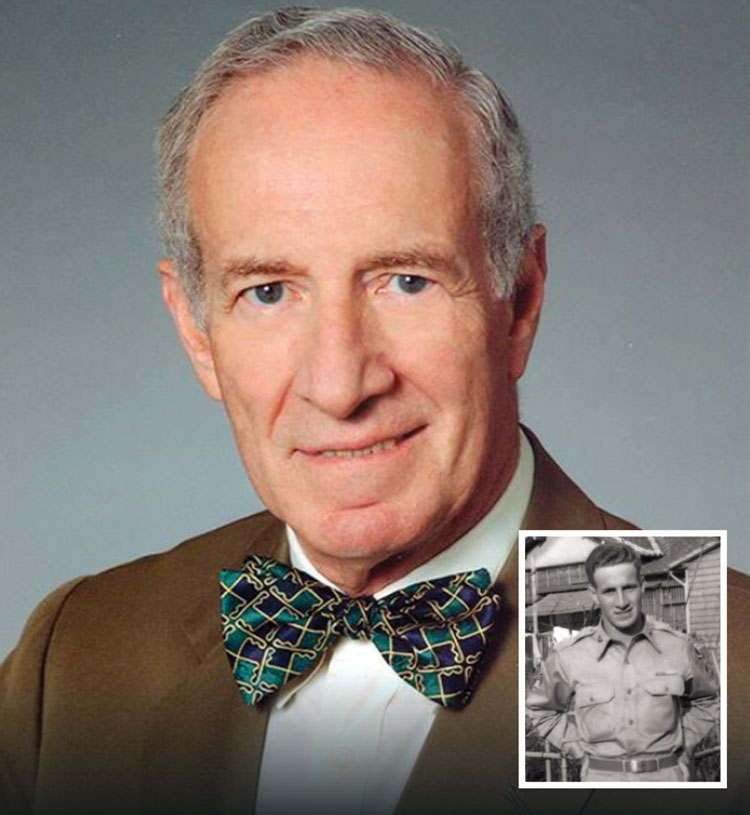 Q. How did you connect with the U.S. military?

A. It was late August 1945, and I knew the American troops were landing. I wanted to see it, so I literally ran away from home. I told my parents I was going out to buy some food, and I went down to Yokohama. As I was going home, American naval officers picked me up off the street and took me to their ship. I became acquainted with a Marine colonel, and he took an interest in me and hired me to be a translator and a driver in Yokosuka at the naval air base, which he commanded. When he was leaving in 1946, he asked if I wanted to come to the United States. He and his wife didn’t have any children, so I went to live with them in Hawaii. 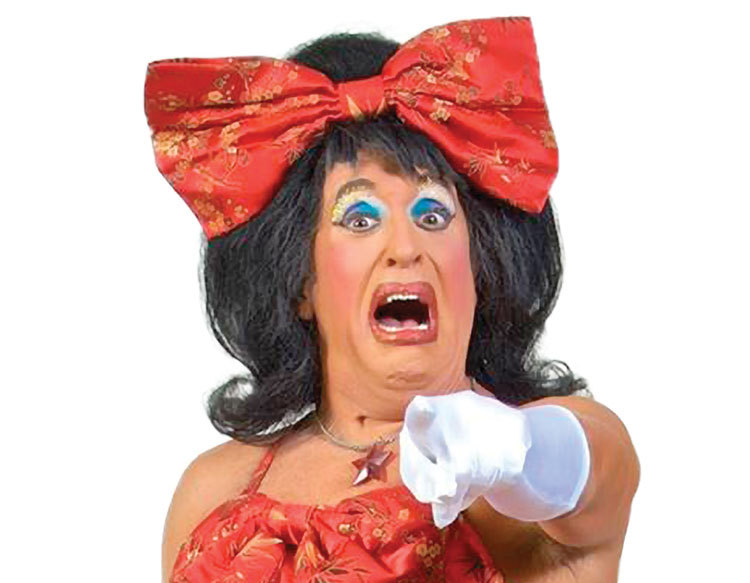 Q. But you chose activism over show business.

A. Even as an activist, I was very conscious of the fact that I was playing a role. I was very involved in public policy—I became a so-called expert on AIDS and insurance. And I would do up to 10 press interviews a day. I’d go to work in jeans, and I’d put on my suit and tie to do my best to sound reasonable in the face of hysteria. It was acting even then.

Lauren Kruskall and Tristen Woods: This legal team brings a wild approach to their practice

Q. You guys are huge animal lovers, and from the start, you knew that you wanted to create a firm that blended animal advocacy with civil and criminal work for humans. Tell me about that decision.

TW: I’ve been practicing law for several years, and I also have an LLM degree in human rights. I wanted to translate that into animal rights law.

LK: We’ve always done pro bono work with animals. At first, we thought the animal aspect of our firm would just be advertising and continued volunteering, but it has naturally evolved into an area of our legal practice. As attorneys we are advocates, so we are especially thrilled to provide a voice for animals—who often don’t get one. 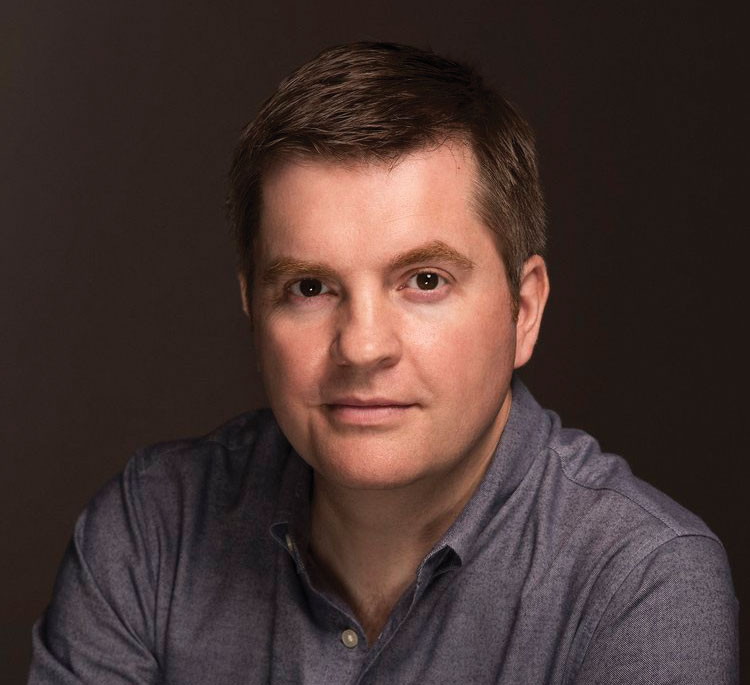 Charles Soule: A true Marvel, this Brooklyn lawyer is a force across a galaxy of comic book genres

Q. Is it hard to get into the mind of a really evil character like Darth Vader?

A. My Darth Vader run began at the moment he gets into his dark suit of armor, when he becomes the evil half-robot killer we’re all familiar with. At this point, though, he is not a seasoned cyborg—he just lost his wife, his best friend, the Jedi Order and most of his limbs. He has a lot to learn. When I took the gig, I knew I would be putting myself in the mindset of someone who is constantly in pain and enraged. I was nervous about steeping myself in that for months on end, but that’s the job of a professional freelance writer. One day, I’m writing a light and funny She-Hulk scene, and the next, Darth Vader is methodically murdering most of a planetary population. 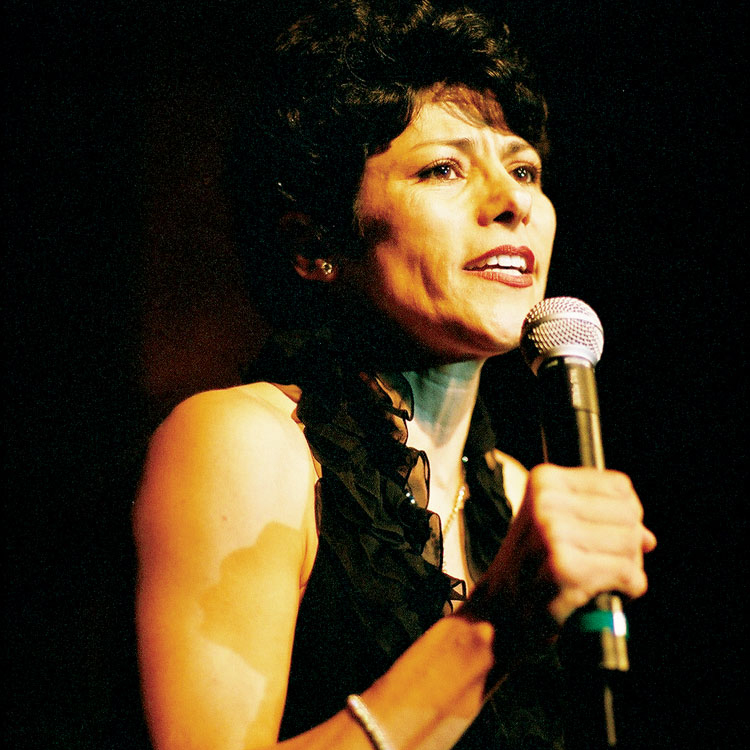 Mitra Shahri. Photo courtesy of the Campaign for Equal Justice

Q. Do you ever incorporate humor into your law practice?

A. It really incorporates itself. When you go against rich and powerful offenders, you bring on the wrath of several big law firms. The only way to survive their legal tag-teaming is to have your wits about you. Early in my practice I learned that my Order of the Coif, law review and moot court certificates did not sway the mentality of opposing counsel who only saw me as a young, weak minority female and an easy target to demean and intimidate. The joke was on them, however, because my strong, kick-ass, take-no-prisoner side slayed their clients’ reputations and dipped deep in their coffers.

My first case was against a lawyer I idolized. He called to discuss the case and began with insulting my legal ability and intelligence. He laughed at my client, whom he called average looking, for claiming sexual harassment against his rich client. He then attempted to get me to accept his $5,000 settlement, which he claimed was enough fees to pay my rent and buy me a nice pair of shoes.

When he finished, all I said was “OMG, I have to go because I just realized that my toenail polish doesn’t match my outfit!” and I hung up. Fast-forward, we settled the case for mid-six figures, and he later told me he often calls young lawyers to intimidate them. But when I hung up on him, I really got under his skin. 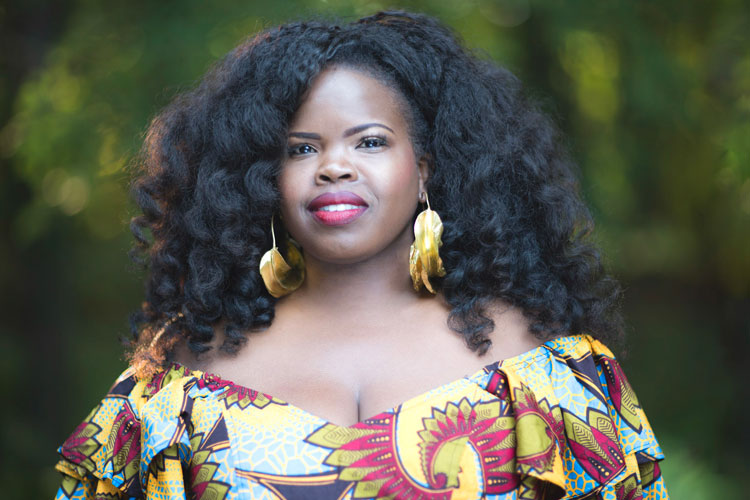 Danielle Ponder: From courtroom to concert stage, this criminal defense lawyer uses her voice to push for reform

Q. Now that you’re an established performer, have you ever been tempted to think, “I should have just skipped law school and gone directly into music?”

A. No, I needed to be inside the system in order to come out of the system and bear witness. I am 100 percent certain that what I saw at the PD’s office had to be part of my musical journey, so I can say, “This is what’s happening,” and say it in a way that people can feel it, to say it as an artist. And I needed to learn the skill set to make my music business lucrative.

My dad was an entrepreneur, and there were years when we were going to Disney World and years where we struggled to keep the lights on. The instability always scared me. Now I can have a solo practice and do music. I also work as an adjunct professor and professional speaker. 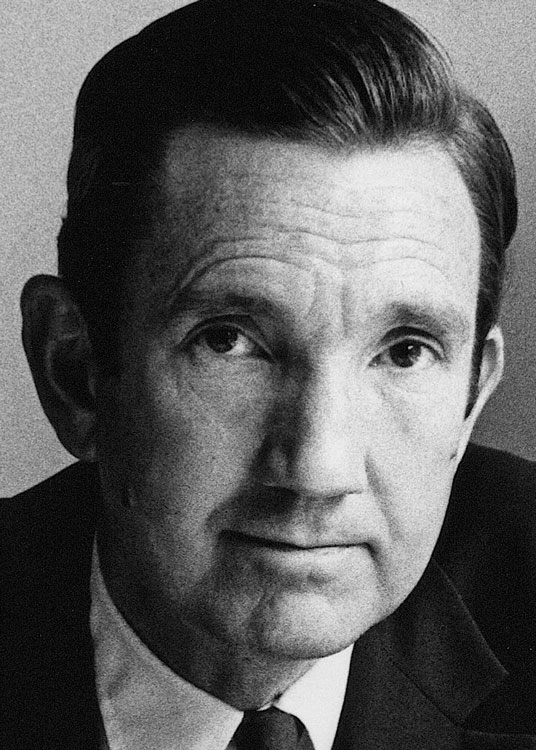 Ramsey Clark in 1968. Courtesy of Joseph Stillman / Citizen Clark … A Life of Principle

Q. As the son of former Attorney General and U.S. Supreme Court Justice Tom C. Clark, you’ve been around justice systems your entire life. You’ve also had a long history witnessing the horrors and devastation of war, beginning when you joined the Marines at age 17 and worked as a courier during the Nuremberg trials. Do you feel it’s America’s responsibility to promote peace and justice in the world?

A. I do. If we are not the luckiest ones on earth, we are certainly high on the list, and out of gratitude, we ought to seek to share it with those who weren’t so fortunate. The temptation is to condemn them for their failure—what’s the matter with those people?—while you tee off another round of golf at the club. But we haven’t walked 1,000 miles in their moccasins, so we have no basis for condemning them. We are people who care about humanity. We need to see that if they’re deprived or suffering, we must seek to address it and overcome it. It’s the highest calling, reaching out to those who are needy.