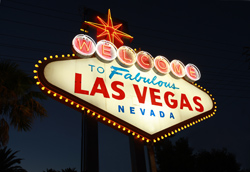 Three lawyers—one dead, one disbarred and one reportedly still in practice—are among 14 new defendants charged in a major, ongoing federal investigation of alleged corruption in Las Vegas homeowner associations, according to the Las Vegas Review-Journal and Vegas Inc.

They are Brian Jones, who previously worked for the now disbanded Kummer Kaempfer Bonner Renshaw & Ferrario and now is believed to be practicing law in Utah; disbarred attorney Jeanne Winkler, who had performed legal work for a homeowner association at issue in the probe; and construction defect lawyer Nancy Quon, who was found dead in March in the bathtub of her home. Before her death Quon had denied wrongdoing concerning a related civil suit. Winkler declined the Review-Journal’s request for comment after a Tuesday court hearing. The articles don’t include any comment from Jones or his counsel.

A total of 25 people have now been charged in the federal probe, which has been ongoing since at least 2008. It is being handled by federal prosecutors in Washington, D.C., because the U.S. Attorney’s office in Nevada has recused itself, citing a possible conflict. The charges against the 14 new defendants have not yet been made public. According to authorities and civil litigation, condominium association board elections at large developments were rigged to put in charge of decision-making individuals who would steer construction defect litigation and lucrative repair contracts to claimed ringleaders of the scheme.

Additional lawyers and, possibly, judges are among those still targeted in the ongoing investigation, the articles say.