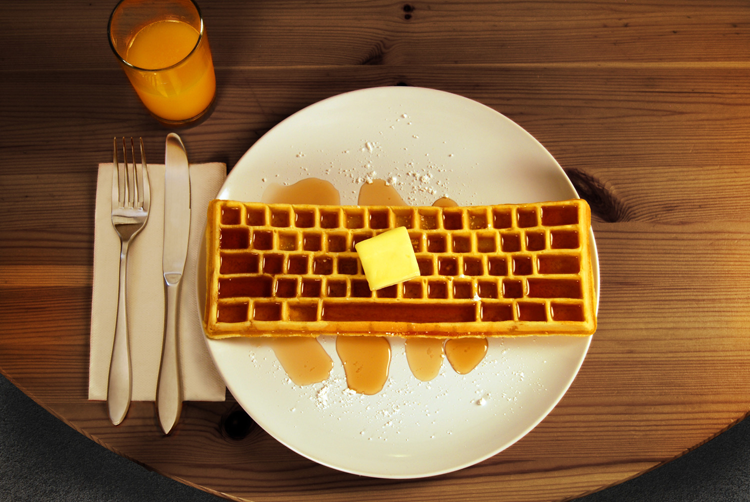 The Keyboard Waffle Iron was one of the “60 in 60” highlights. Photo from the product website.

Devices to protect users’ privacy from the prying eyes of facial recognition software and ears of smart home assistants like Alexa. Productivity tips and tricks for work, home or travel. And several different types of keyboards, including one that tastes great with syrup, whipped cream and berries.

Those were just a few of the many sites, work productivity tips, life hacks, apps and even products that were showcased during the ABA Techshow’s traditional conference closer, “60 in 60.” The popular event has gone through several iterations over the years, evolving from its original incarnation: “60 Sites in 60 Minutes.” Other versions of this event in the intervening years have included “60 Tips” and “60 Tips, Tricks, Gizmos, Gadgets and Sites.”

This year’s session, which took place at the Hyatt Regency Chicago on Saturday, was more like the latter, more expansive incarnation. The panel, comprised of outgoing Techshow co-chairs, Heidi Alexander, deputy director of Lawyers Concerned for Lawyers, and Catherine Sanders Reach, director for the Center for Practice Management at the North Carolina Bar Association, as well as incoming Techshow co-chairs Roberta Tepper, Lawyer Assistance Programs director for the State Bar of Arizona, and Allen Mackenzie, founding partner at Mackenzie Consulting, recommended many different types of tips, sites, apps, devices and products designed to help conference attendees be more productive in their work and home lives. 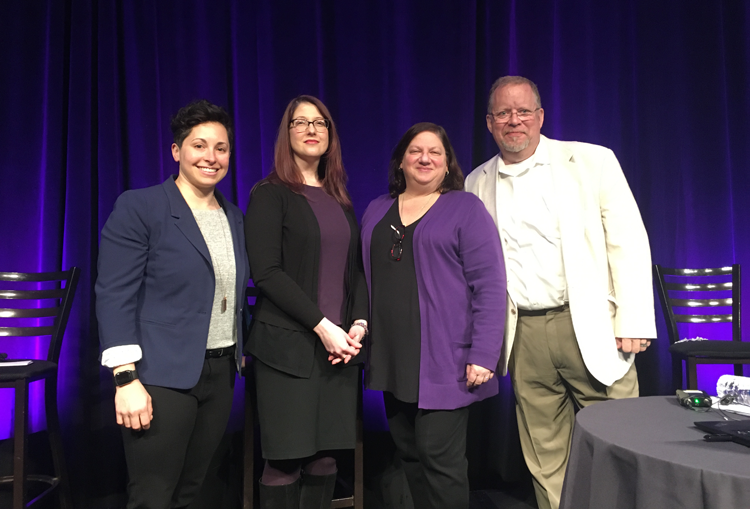 Privacy was one of the major themes of Techshow, and several panelists recommended things to help users remain anonymous in a world that’s seemingly moving, inexorably, away from that. Sanders Reach spoke about the “Bracelet of Silence” being developed by University of Chicago professors that’s designed to block smart home devices like Alexa, Siri, Echo and others from eavesdropping on wearers’ conversations. “It emits a high pitch frequency that only dogs and children can hear, so there might be other uses for it,” joked Sanders Reach.

Tepper then followed with Reflectacles—sunglasses that purportedly block facial recognition scans. “You can pass unseen, notwithstanding all of the cameras and eyes in the sky,” said Tepper, who noted that they also have a clip-on model for people who wear eyeglasses or don’t want to get rid of their favorite sunglasses.

Work and travel tips were also in high supply. Mackenzie tailored many of his tips for the frequent travelers in the room, talking about apps to find cheap flights like the Hopper, which predicts airline ticket prices up to a year in advance, and mileage trackers like MileIQ, which allows users to separate personal and business trips and generate an IRS-compatible report. “People ask me where I live, and I say, politely, ‘Arizona,’ but mostly you’ll find me in seat 3A of American Airlines,” he said, mentioning that Hopper once saved $500 by telling him to wait until two days before his trip.

Meanwhile, several panelists gave out various work-related pointers to increase productivity and save time. Sanders Reach recommended goodbits.io, a site designed to help easily create newsletters, while Mackenzie talked about copy2contact, a plugin that automatically pulls out contact info from emails and messages and creates contact cards that works for Microsoft, Apple and other platforms.

Alexander then gave out a simple work hack designed to prevent one of the most common and potentially disastrous office-related mistakes around: accidentally sending out emails. “Add a non-email address, such as the word ‘draft’ in the address field when replying to a message,” she recommended. “If you accidentally send the email, you’ll get an error and it won’t go to any of the other recipients.”

Sanders Reach then added that, hopefully, Outlook users won’t have to worry about this for long, noting that Microsoft has promised a “recall message” button that actually works later in the year. “Email is the most dangerous tool you have,” she said. “You can make huge mistakes and you might not know it until the inevitable ‘oh no’ moment that typically occurs after you’ve already sent your email.”

Finally, “60 in 60” has always contained quite a bit of humor and even whimsy. Tepper had several such tips, including a desk catapult that can be used to repel unwanted work invaders, a smartphone holder that goes around your neck so that you don’t have to look down to text or talk, and a giant USB-compatible pillow shaped like an “enter key” that actually works as an enter key when connected to a computer.

Keyboards were a popular topic this year, as panelists also spoke about several different varieties, including an old-timey typewriter style keyboard that can be used with various smart devices, a more high-tech touch-screen variety that can also be used as a piano keyboard, and the always-popular legal-related keyboards that contain keys for frequently used symbols and characters like S, and (c). And for those that want to have a keyboard for breakfast, Tepper recommended a waffle iron that creates keyboard-shaped Belgian waffles. “You can use whipped cream for the keys,” she said.