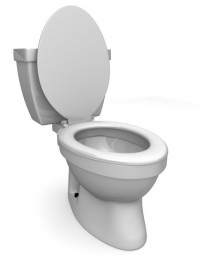 A federal appeals court has ruled for pretrial detainees who allege a sheriff in Lake County, Illinois, skimped on water supplies during a three-day shutoff at the county jail.

The Chicago-based 7th U.S. Circuit Court of Appeals said the county sheriff and corrections chief were not protected from the lawsuit by qualified immunity because the right to adequate water for drinking and sanitation is clearly established. Courthouse News Service has coverage.

“All but the most plainly incompetent jail officials would be aware that it is constitutionally unacceptable to fail to provide inmates with enough water for consumption and sanitation over a three-day period,” Chief Judge Diane Wood wrote for the appeals court in an Aug. 12 opinion.

The detainees had alleged jail officials shut off all water to their facility for three days without warning in 2017. The reason cited was to fix a water pump.

The detainees were given five bottles of water a day to drink, brush their teeth, wash their hands and faces, and take medication, their suit said. Requests for more water were refused, and repeated requests resulted in lockdown for the detainee.

Barrels of water were provided to communal areas to be used for bathing, cleaning cells and flushing toilets within cells, according to the suit. The water was only to be used to flush toilets during the day, and only when feces were present.

“Unfortunately, these arrangements for flushing were a failure, in that they often did not clear the toilets,” Wood wrote, recounting the allegations of the suit.

“This led to feces and urine sitting in toilets throughout the jail for prolonged periods of time. This was no small issue, as the jail has a capacity of approximately 740 inmates. There were thus hundreds of toilets holding feces and urine. Unsurprisingly, the continuous presence of excrement produced a powerful and putrid smell. Insects were also attracted to the unflushed feces.”

Because the detainees had not yet been convicted, their alleged constitutional violation was under the 14th Amendment’s due process clause rather than the Eighth Amendment ban on cruel and unusual punishment. Wood said that an objective standard applied in the 14th Amendment case, and it was satisfied by the inmates’ complaint.

Judge Diane Sykes concurred in the judgment but wrote separately to say she believed the plaintiffs would have to prove not only that the conditions were objectively serious, but also that the plaintiffs acted purposefully, knowingly or recklessly, which is a subjective standard.

The case is Hardeman v. Curran.

The sheriff who was sued was Mark Curran, who lost his re-election bid. He recently announced a plan to seek the Republican nomination for the U.S. Senate, the Chicago Tribune reported.