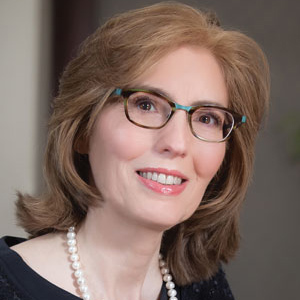 The U.S. Constitution protects free speech, not violence against others, Linda Klein, president of the American Bar Association, said in a statement released Sunday, one day after a rally held by white nationalists and similar groups in Charlottesville, Virginia, turned violent and left a paralegal dead and more than 30 injured.

“The level of what passes for discourse in our nation has become so divisive and driven by differences and hatred, that we have lost sight of the values that unite us. We need to regain that communal desire to improve the lives and protect the rights of all,” the statement reads.

The event, promoted with the hashtag #unitetheright, was reportedly organized by Charlottesville resident Jason Kessler, the Washington Post reports. The city’s plan to remove its statue of Confederate war hero Robert E. Lee led to the rally, the New York Times reports.

On Sunday James Alex Fields Jr., of Maumee, Ohio, was charged with second-degree murder and malicious wounding and failure to stop at an accident, after he reportedly drove into a group of counterprotesters, the Guardian Reports.

“A gray Dodge Charger plowed into a sedan and then into a minivan. Bodies flew. People were terrified and screaming. Those closest to it said it was definitely a violent attack. The driver, who people later described as a skinny white guy with a straggly beard, reversed out of there and drove off, the front end of his car all smashed up,” said crash witness Pat Jarrett, according to the Guardian.

Also, the FBI has opened a civil rights investigation into the crash, Reuters reports.

The Daily News on Sunday published a photo of a man who appears to be Fields taken earlier at the rally, protesting with the white supremacy group Vanguard America.

Heather Heyer, a paralegal at Miller Law Firm in Charlottesville, was killed, the New York Times reports. Alfred A. Wilson, the firm’s bankruptcy division manager, said the 32-year-old woman also worked as a waitress, and was a “people person.”

“Heather was a very strong woman,” Wilson said adding that she frequently stood up to discrimination. “That’s just how she’s always been.”

Two Virginia state police officers–48-year-old Lt. H. Jay Cullen and 40-year-old Trooper-Pilot Berke M.M. Bates–also died Saturday, NBC News reports. They were in a helicopter to monitor the rally, and it crashed outside of Charlottesville.

Next:
Courthouses should not be used for routine immigration arrests, ABA House says in resolution