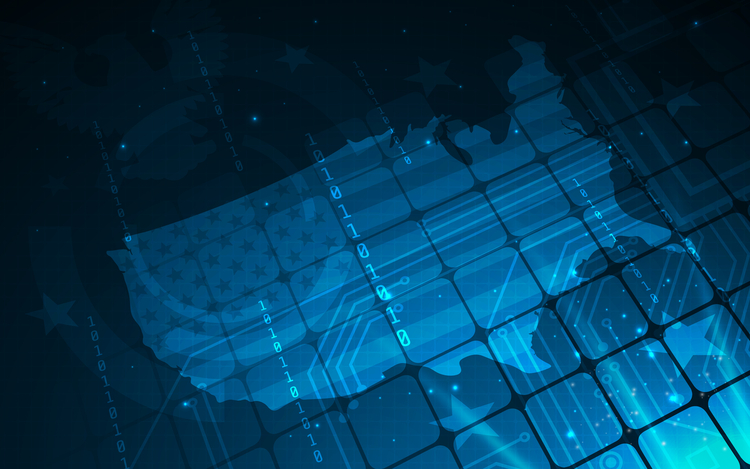 Amid the national debate on police brutality and racial injustice, the ABA House of Delegates adopted a resolution Monday calling for greater oversight of law enforcement, including more comprehensive data collection about deadly force incidents and excessive force complaints.

Resolution 116A encourages governments to collect accurate records and data on deadly force incidents. The resolution urges the creation of laws that would mandate an independent investigation if someone is killed during an encounter with law enforcement or in custody.

The resolution also calls for a national database that would record disciplinary actions against officers and complaints of excessive force.

The ABA Section of Civil Rights and Social Justice and the Coalition on Racial and Ethnic Justice co-sponsored the resolution. Speaking in support, former ABA President Robert Grey Jr. said demands for racial equality had grown louder because of recent events, including the killing of George Floyd.

“What was a Black issue raised as by Black Lives Matter, it is now an American movement and one that demands accountability and responsibility,” Grey said.

Delegate Mark Schickman noted that the section had been working on the resolution before the outrage over Floyd’s death.

The resolution asks federal, state and local governments to collect data on each instance of lethal force by law enforcement. Among the information included should be data on the ethnicity of the people who are killed, whether they were mentally or physically disabled, if they were fleeing the scene or armed, and whether officers were wearing body cameras.

In Congress, there is a bipartisan consensus that police departments should be required to send data on use-of-force incidents to the federal government. 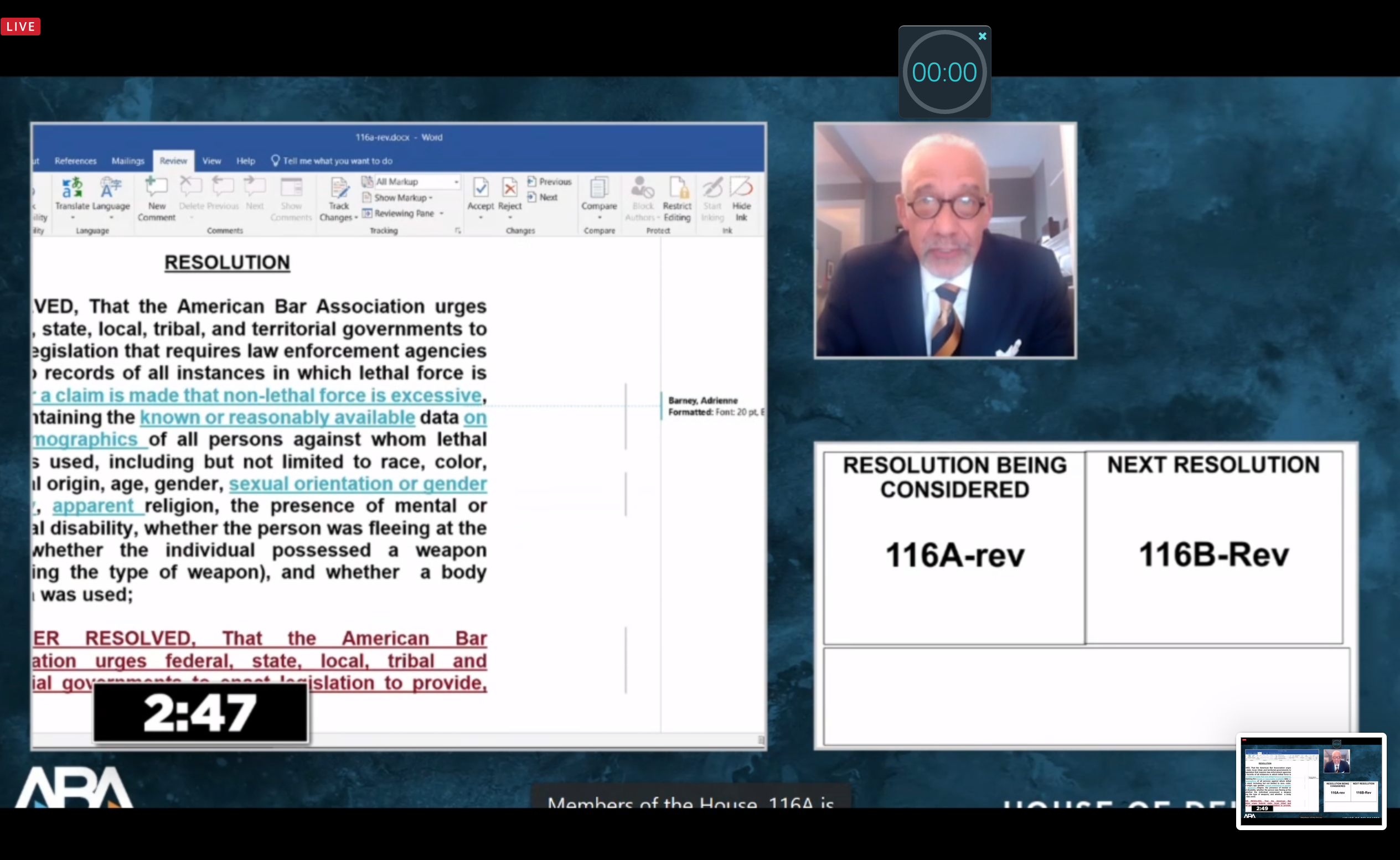 “What was a Black issue raised as by Black Lives Matter, it is now an American movement and one that demands accountability and responsibility,” former ABA President Robert Grey Jr. said.

“We’re all for data collection, but we need to be intellectually honest when we’re looking at that data, and we need to make decisions that are rooted in that data,” Harris said in a phone interview.

President Bill Clinton’s sweeping crime bill in 1994 mandated the federal collection of use-of-force data from police departments. But reporting has not been enforced and is inconsistent.

The report that accompanied Resolution 116A estimates that in 2019, police killed more than 1,000 people but says those numbers are based on efforts by the Washington Post and other outlets to capture data. Without a central federal database, results are uncertain, the report says.

On establishing an “objective standard of reasonable necessity” in criminal cases, the report states that in cases in which an officer had used deadly force, there had historically been a “low standard” based on an “officer’s perception of danger and not the officer’s or victim’s actions. A showing of necessity would require the officer to show what actions were taken to de-escalate the situation, whether the victim had or appeared to have a deadly weapon, and whether a less deadly means of force was available,” the report states.

Resolution 116A follows Resolution 10B, which the ABA House passed in February at the midyear meeting in Austin, Texas. That resolution urged governments to create investigatory bodies to review existing use-of-force policies and determine if deadly force was justified.

The House on Monday also adopted Resolution 106A on restorative justice. The resolution urges prosecutors, criminal defense attorneys and others in the criminal justice system to consider using restorative justice, an approach that prescribes meetings between offenders and victims that are facilitated by trained specialists.

The resolution also calls for data collection in order to review the effectiveness of restorative justice initiatives and practices.