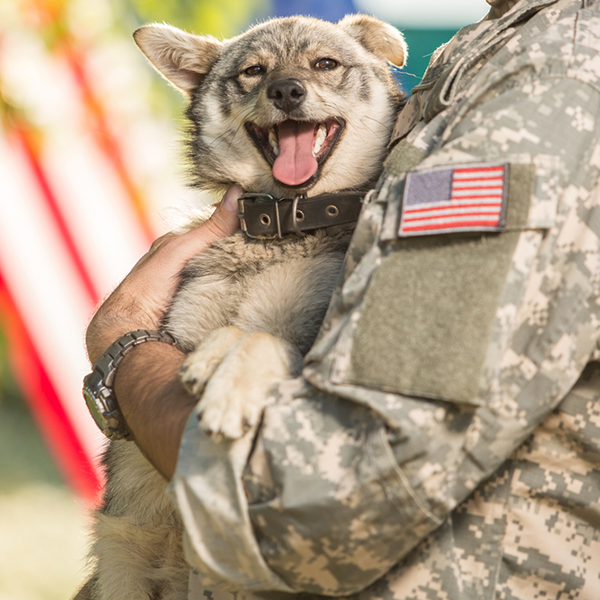 ABA President Bob Carlson sent a letter to the Senate Armed Services Committee on Wednesday, urging members to expand their inquiry into the condition of the military housing privatization initiative to also consider policies that may prevent military families from bringing their pets—or even service or emotional support animals—when transferred between duty stations.

The ABA House of Delegates voted at the Midyear Meeting in January to request that Congress and the Department of Defense instruct the Armed Forces and its public-private venture housing contractors to implement uniform, breed-neutral pet policies for families living in military housing in the United States.

Resolution 112 also falls in line with past ABA support of national trends in breed-neutral dangerous dog legislation that target behavior rather than appearance.

Carlson points out in his letter that civilian attorneys who practice near military bases drafted the resolution after receiving frequent phone calls from military families who felt like they were forced to give up their pets due to “arbitrary, discriminatory installation pet policies” that differ across military branches or duty stations.

“A military family who owns a dog and lives in military housing may be permitted to have the dog at one place, but that same dog may be banned from family housing at their next duty station,” he says.

As an example, Carlson explains that the Air Force follows a service-wide pet policy that bans “aggressive or potentially aggressive breeds of dogs … defined as, both purebred or mixed breed Pit Bull (American Staffordshire Bull Terrier or [English] Staffordshire Bull Terrier), Rottweiler, Doberman Pinscher, Chow and wolf hybrids,” while the Navy permits local commanders to decide whether breeds are banned from on-base housing.

The Army and Marine Corps also have their own policies regarding dog breeds. The Department of Defense implemented a policy for service animals, but as Carlson contends, it is unclear whether it covers families living in military housing or if a specific military breed-ban applies to them.

While the ABA urges the Armed Forces to enact uniform, breed-neutral policies for families living in military housing, Carlson says it also recognizes that installation and base commanders should retain discretion over the behavior of their service members’ animals.

“Enacting a consistent pet policy applicable to all installation housing, regardless of service or privatized provider, can balance diverse command interests in safety and security while also improving the morale and welfare of the service members and families affected by the policy,” he says.

Carlson recommended that the Senate Armed Services Committee consider the concerns raised by military families and include a requirement that the Department of Defense enact consistent policies for all military installations in the next National Defense Authorization Act.