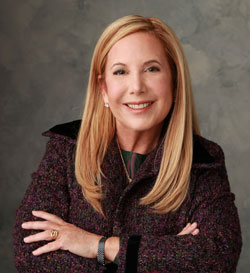 ABA President Laurel Bellows says the association supports a bill intended to fight gun trafficking by increasing penalties for those who help others evade background checks.

Bellows backed the Gun Trafficking Prevention Act of 2013 in a letter (PDF) thanking U.S. Rep. Carolyn Maloney for introducing the legislation. “The safety of our children, our communities and Americans will be well served by the swift enactment of this legislation,” Bellows wrote. A press release has more information.

The bill clarifies current law regarding straw purchases in which a person buys a gun for someone who does not meet firearms requirements. The bill also increases penalties for violations.

“ATF has identified straw purchases as the single most significant factor in illegal gun trafficking, accounting for nearly a third of all firearms involved in federal trafficking investigations,” Bellows writes. “In many places, criminals are more likely to obtain their weapons through straw purchases than at gun shows.”

Bellows said prosecutors are reluctant to bring charges under the current law because its provisions are ambiguous, the offense is difficult to prove, and the criminal penalties are modest.